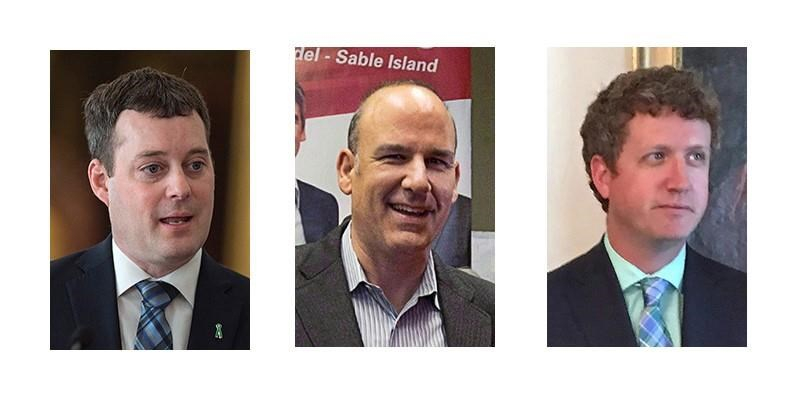 Nova Scotia's Liberal party named a youthful former cabinet minister and self-described agent of generational change to take the provincial helm on Saturday as they voted for Iain Rankin to become party leader and the province's next premier.

Rankin, 37, edged out two of his fellow former cabinet ministers in the three-man race to succeed Premier Stephen McNeil, whose retirement announcement last summer triggered the leadership contest that played out virtually due to the COVID-19 pandemic.

Rankin, who once served as McNeil's lands and forestry minister, garnered just over 52 per cent of the vote after a second ballot. He defeated former labour minister Labi Kousoulis and Randy Delorey, who held the province's health, finance and environment portfolios under McNeil.

Rankin, who ran on a platform of linking environmental and economic concerns, vowed to be a collaborative leader when he succeeds McNeil as premier on a yet unnamed date.

"I want to ensure that members have a voice in what comes next," he said. "Leadership is about listening and learning. Listening to you, Nova Scotians, whose lives are impacted by the decisions government makes on your behalf. Learning from our past and applying those lessons to tomorrow's success."

Rankin, who entered the leadership race on Oct. 5, was the youngest of the three candidates vying for the top job.

One of his campaign pledges involved a promise to end the province's use of coal to generate electricity by 2030 and has set a goal of having 80 per cent of Nova Scotia's energy coming from renewable sources by that same year.

The Cape Breton native has cited his youth as a political asset and released a platform linking economic pledges with environmental concerns.

He has pledged, for instance, to end the province's use of coal to generate electricity by 2030 and has set a goal of having 80 per cent of Nova Scotia's energy coming from renewable sources by that same year.

He reaffirmed his environmental commitments on Saturday, but said his first priority is to maintain the province's successful efforts to combat the COVID-19 pandemic.

About 8,100 party delegates cast virtual votes over the past week in support of the three candidates, all of whom held cabinet roles in McNeil's government.

Delorey was considered by some pundits to be a front-runner in the contest, but was dropped from the race after the first-ballot results of the ranked vote

This report by The Canadian Press was first published Feb. 6, 2021.

Rankin does backdoor deals with our environment.