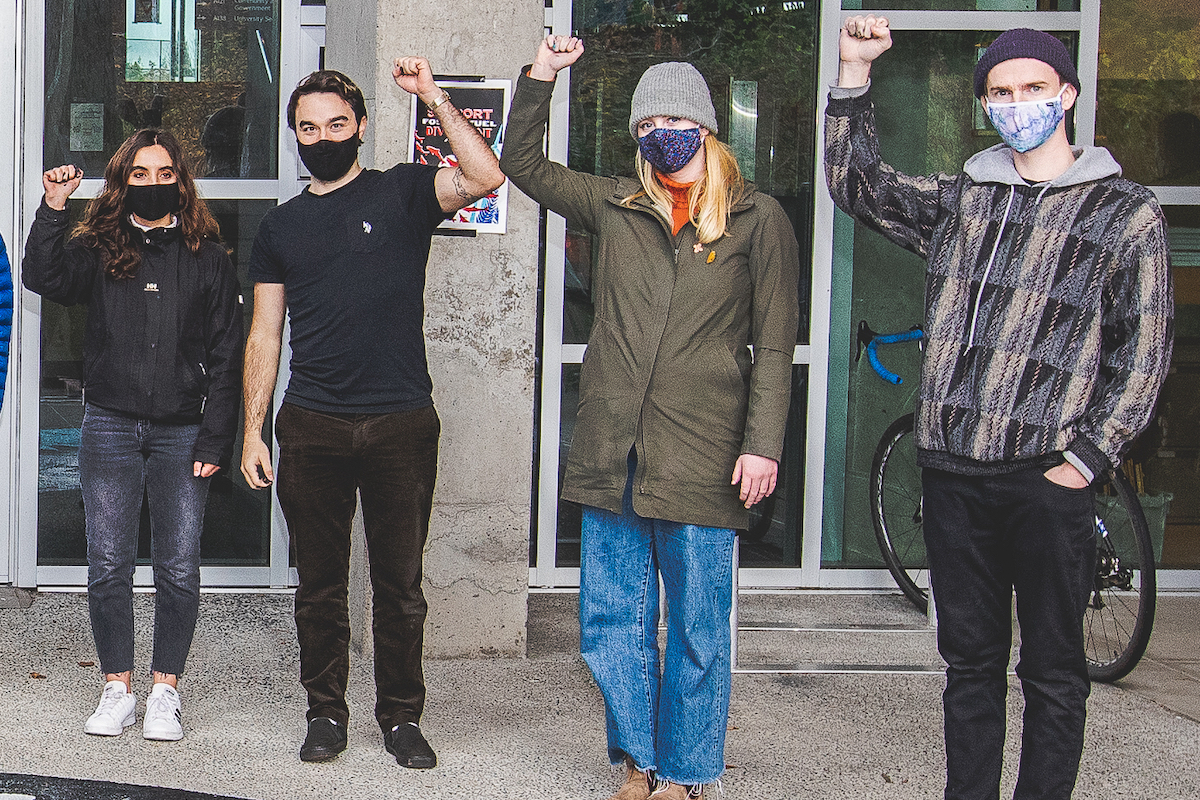 Pressure by students, faculty and staff forced the University of Victoria to align its investments with its commitments to sustainability and reconciliation. Photo by Colin Smith
Previous story
Next story

In a breakthrough for the fossil fuel divestment movement, the University of Victoria announced last week that it planned to fully divest one of its two primary investment funds — a $256-million working capital fund managed by its board of governors — from fossil fuels.

With this decision, UVic joins other Canadian universities that have, so far, divested for a mixture of financial, moral, and reputational reasons, namely, Guelph, Concordia, Lakehead, the University of British Columbia, and Université du Québec à Montréal. It also joins more than 1,300 organizations, worth a collective $14.5 trillion, that have pulled their funds from fossil fuel companies. In 2020, fossil fuel companies became the worst-performing sector on the stock market for the second year in a row.

Divestment is now a sound financial decision. But for members of the divestment movement, it’s not just about saving money. When reputable organizations pull their investments in fossil fuels, they help marginalize oil, gas, and coal companies. They make it harder for these companies to wield their political power to delay action on climate change.

Recent research by the Corporate Mapping Project shows that fossil fuel companies are Canada’s biggest lobbyists. Between 2011 and 2018, the industry averaged six visits with the Canadian government per day, for a total of more than 11,000 visits. Their aim was to promote continued reliance on fossil fuels and obstruct the transition to renewable energy sources. They encouraged Trudeau’s Liberals, for example, to actively promote the Keystone XL pipeline with the Trump administration.

As members of the divestment movement, our goal is to deflate the social and political licence of fossil fuel companies. Once they’re marginalized, policymakers will be able to take action on climate change with less fear of losing or alienating voters.

In the United States, the Biden administration is now operating with relative autonomy from the powerful oil and gas lobby. In addition to a raft of climate-related executive orders, his administration has put a stop to the Keystone XL pipeline and has started to cancel subsidies for fossil fuel companies. As President Joe Biden said at a recent press briefing: “Unlike previous administrations, I don’t think the federal government should give handouts to Big Oil.”

The University of Victoria has finally chosen to align its investments with its commitments to sustainability and reconciliation. This change, eight years in the making, stems from the efforts of a new president and because of sustained campaigning by students, faculty, staff, and administrators. Last year, when Indigenous students were rallying supporters on the front steps of the B.C. legislature in solidarity with Wet’suwet’en land defenders, the university’s capital fund was invested in TC Energy, the company pursuing the Coastal GasLink pipeline in Wet’suwet’en territory. (TC Energy is also pursuing the Keystone XL pipeline.) By choosing divestment, UVic’s actions are beginning to match its values. This year, the university is working to roll out a more robust climate and sustainability action plan on campus and in local communities.

These are breakthroughs, but the university still has a way to go. We hope this new willingness to divest will also be applied to the university’s other investment fund, a $440-million endowment governed by a separate board. But there are no student or faculty representatives on it, and the board is populated by individuals with ties to the fossil fuel industry.

The University of Victoria deserves applause for divesting its working capital fund of fossil fuels. But if the university is truly serious about sustainability and reconciliation, it must also divest its endowment fund as the next step towards meaningful change.

"As members of the divestment movement, our goal is to deflate the social and political licence of fossil fuel companies," write James Rowe, Jeff Corntassel, @EmilyLowan and @julietwattts @divestuvic. #divest #fossilfree #bcpoli

James Rowe and Jeff Corntassel are associate professors at the University of Victoria. Emily Lowan and Juliet Watts are undergraduate students.