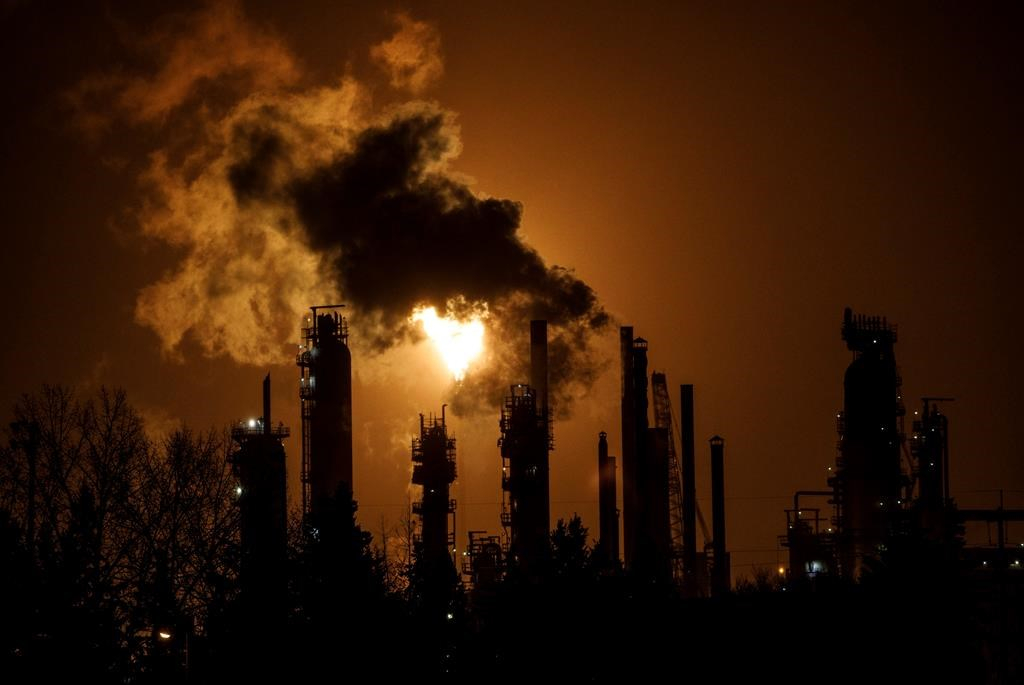 A flare stack lights the sky from the Imperial Oil refinery in Edmonton in 2018. With $207.4 billion in assets under management, the Ontario Teachers' Pension plan is the third-largest pension fund in Canada. Photo by Jason Franson / The Canadian Press
Previous story
Next story

TORONTO — An environmental coalition is appealing to Ontario teachers to pressure their pension fund to divest from companies that develop or transport fossil fuel products.

In a four-minute YouTube video, a group of students from across Ontario read a letter to their teachers, asking them to push the Ontario Teachers' Pension Plan to stop investing their retirement savings in oil, gas, coal, and pipeline companies.

The coalition — which consists of activist groups Shift Action for Pension Wealth and Planet Health, Fridays for Future Toronto and a group of working and retired Ontario teachers — demands that Teachers' halt all new investments in oil and gas and phase out current investments the industry by 2025, set targets for increased investments in profitable climate solutions; and invest in infrastructure and companies that help build a zero-carbon economy.

In the video, Grade 11 student Aliya Hirji urges teachers to "step up and take action now" and "stop investing your money in climate failure.”

A Teachers' spokesman said in an email that climate change is a top priority for the organization and that its work on the subject is ongoing and vital to the sustainability of the pension plan.

The video is similar to one released by a U.S. environmental group in late 2019. In that campaign, residents of Boulder, Colo., asked Canadians to pressure CPP Investments, which manages billions of dollars for the Canada Pension Plan, to stop investing in Crestone Peak Resources, which they accused of polluting their air and water.

“We have taken significant steps to address climate change by investing in climate-friendly opportunities, working to make the companies we invest in greener and more resilient, and advocating for industry change," said the Teachers' spokesman.

With $207.4 billion in assets under management, Teachers' is the third-largest pension fund in Canada.

By Morgan Lowrie | News, Politics | January 20th 2020
Reports from the Race to a Safer World