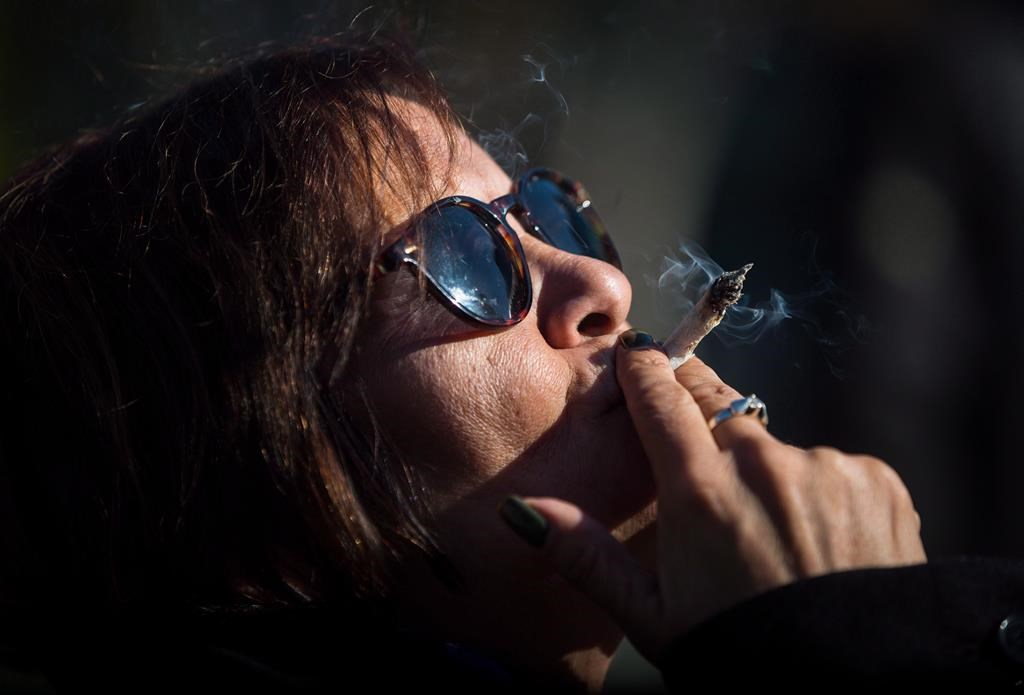 A new survey has found one in four Canadian adults reported using cannabis at least once within the period of one year.

An average of nine per cent of people in the other countries reported the same pot use.

Tracy Johnson, director of health systems analysis for the Canadian Institute for Health Information, says it is not surprising considering Canada is the only country in the survey where cannabis is legal.

She says that means people surveyed in Canada may have felt more comfortable being honest about their marijuana use.

It's the first time the annual survey has asked questions about pot, drinking and vaping.

The survey found a quarter of Canadians reported drinking heavily at least once a month. Canada’s rate was slightly lower than the 32 per cent average among all countries.

The survey also found about five per cent of Canadians used vaping devices like e-cigarettes, compared to four per cent in the peer countries.

The survey took place between March and June, with most interviews occurring in the first two months, and asked about usage in the previous 12 months. Johnson said that means it doesn’t show changing habits due to the COVID-19 pandemic.

“Because it was early in the pandemic as well, it’s not an indication generally in what happened during the pandemic."

A new survey has found one in four Canadian adults reported using #cannabis at least once within the period of one year. #marijuana

Johnson said it will be important to continue monitoring what is happening. The Canadian Centre on Substance Use and Addiction found increased alcohol use during the pandemic in another poll.

The Commonwealth survey also looked at access to health care, quality of care and cost barriers.

Longer-term results found access to care has not significantly changed over the past 10 years in Canada, Johnson added.

She said once Canadians get a family doctor, they are happy with care. But getting initial access to doctors or specialists remains difficult.

She also said the survey found Canada is behind other countries in the use of technology when it comes to medical records. Johnson said online records have become increasingly important as virtual health care has with COVID-19.