Nature Canada calls on Trudeau and Biden to work together to tackle climate change, species collapse 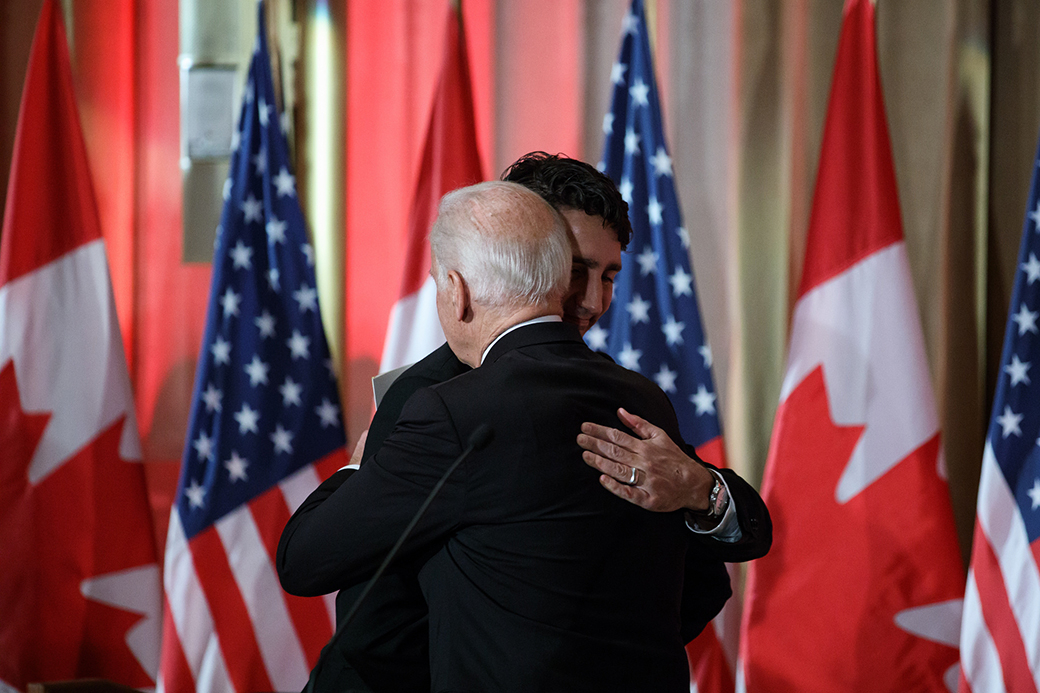 A national nature conservation charity is urging the Canadian and American governments to team up to address “twin existential” environmental crises: climate change and species collapse.

Nature Canada wants the two administrations to hone in on nature-based climate solution investments and the conservation of landscapes and seascapes, with a particular focus on Indigenous-led conservation. The organization notes the countries’ inextricable ties as reason to work side by side.

“Nature knows no political borders and there are great ecological corridors on the North American continent,” said Nature Canada executive director Graham Saul. “With Canada and the United States working together, we can get much further than either of us could alone.”

In a report released Thursday, Nature Canada proposed a Trudeau-Biden action plan to protect and reconnect ecological corridors, such as the Northern Appalachian-Acadian region that spreads across New York to Nova Scotia, in order to support safer movement of wildlife species and a better flow of wetlands and rivers.

The U.S. and Canada’s stances on climate issues align in many ways. Both countries have signed up for the “30x30” pledge aiming to preserve 30 per cent of their ecosystems by 2030.

U.S. President Joe Biden has given other climate executive orders, such as scrapping the permit for the long-delayed Keystone XL oil pipeline, meanwhile, Prime Minister Justin Trudeau has pledged an investment of $3.9 billion over 10 years to reduce carbon emissions.

Saul notes the two governments have an “unprecedented” opportunity to advance reconciliation by ramping up Indigenous-led conservation.

“Across the globe, the areas of highest value for biodiversity and climate regulation are on lands managed or co-managed by Indigenous communities,” reads the report. “Learning from and collaborating with Indigenous governments and communities is therefore essential to Canada-U.S. co-operation in conserving large trans-boundary landscape corridors.”

In 2017, the Canadian government announced $25 million over four years for an Indigenous Guardians pilot program to help Indigenous peoples protect and conserve their ecosystems. A similar initiative has recently begun in Alaska.

Nature Canada executive director @GrahamSaul is confident there’ll be headway on the organization’s calls to action in the months ahead. “The question isn’t if we’ll make progress in terms of this collaboration,” he says. “The question is how quick."

Biden also seems to be taking strides to emphasize Indigenous rights as it relates to conservation and land protection by choosing Democratic representative Deb Haaland, the first Native American cabinet secretary, to lead the Department of Interior, which is responsible for establishing protected areas.

A voice like mine has never been a Cabinet secretary or at the head of the Department of Interior.

Growing up in my mother’s Pueblo household made me fierce. I’ll be fierce for all of us, our planet, and all of our protected land.

I am honored and ready to serve.

But Nature Canada and others say more funding and support is needed on both sides of the border.

“We need to create a new paradigm by braiding the best parts of traditional and scientific knowledge to change our relationship with each other and with Mother Earth,” wrote Łutsël K'e Dene First Nation Leader Steven Nitah in a statement.

“We need to work together to connect the dots between the stress climate change is placing on species and ecosystems, and nature’s capacity — from forests to farms — to store carbon,” reads the report.

Canada’s promise to plant two billion trees over 10 years is a start, according to the report, with a next step being Canada and the U.S. placing the logging industry under a “carbon pricing regime” to promote logging practices that better serve the climate.

This would be especially relevant in the Canadian boreal forest, which extends from Alaska to Newfoundland and Labrador and holds the same amount of carbon that the world emits in 36 years, according to the Natural Resources Defense Council.

Saul, however, warns nature-based solutions alone aren’t enough and must go hand in hand with phasing out the dependency on oil, coal and gas and ramping up low-impact renewable energy.

While the appetite for climate change measures diminished in the previous U.S. administration, Saul says the political will is “back” and predicts to see some headway on the report’s action items “in the coming months.”

Trudeau and Biden agreed to meet in person February, meanwhile Biden is hosting a Leaders’ Climate Summit on Earth Day in April.