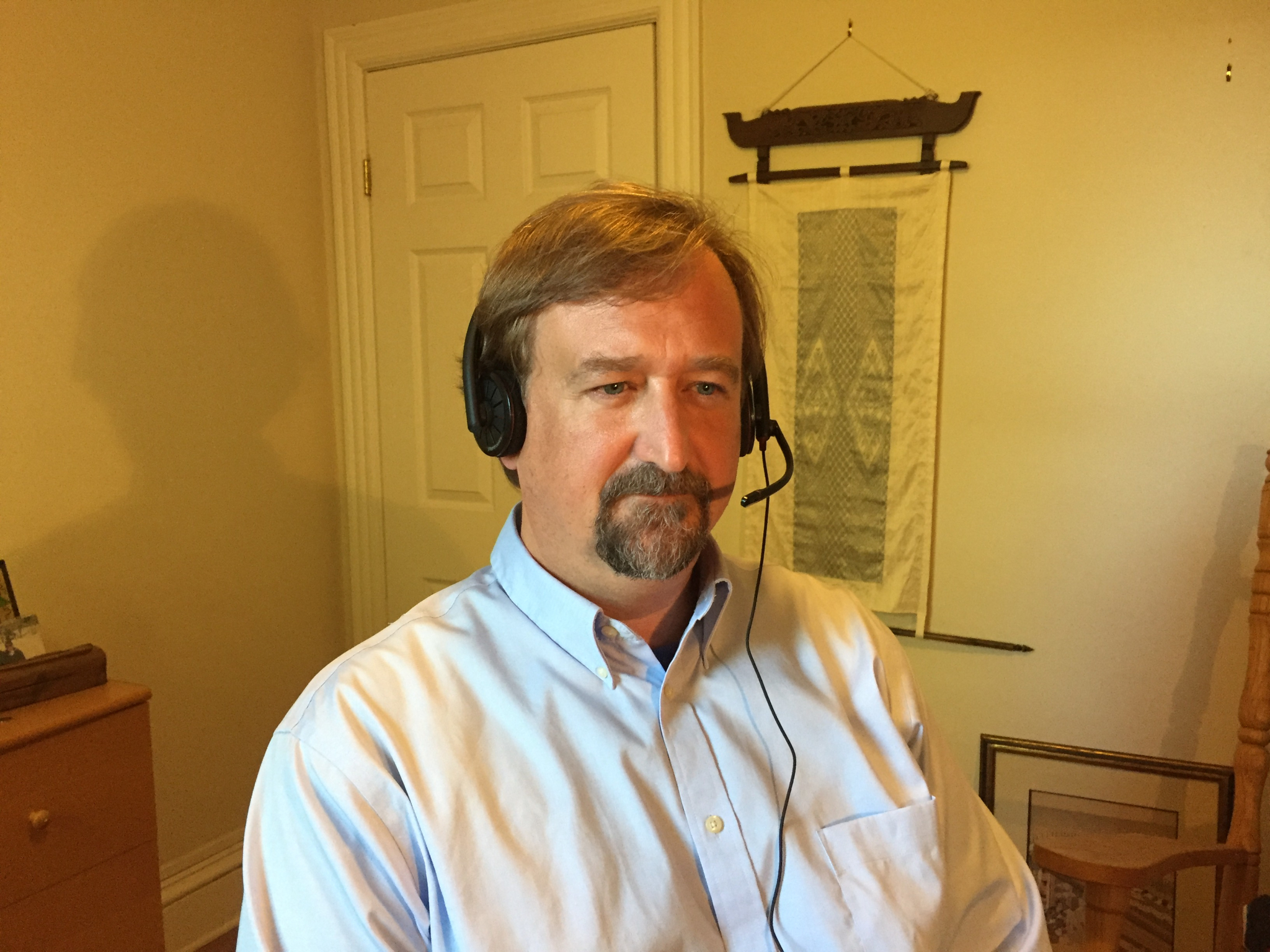 Graham Saul finds himself unexpectedly optimistic in these difficult times.

And the Canadian environmental leader insists that’s not in spite of today’s massive unrest, inequities, hardships or health crises — but because of what he sees as urgent opportunities for social movements to win victories.

“I believe we're at a very exciting moment in human history, and the next 20 to 30 years are going to be looked back on as a revolutionary moment,” the veteran environmentalist told attendees of a Zoom conversation with Linda Solomon Wood, editor-in-chief of Canada's National Observer. “I think we're up for it, though we have a lot of work to do.”

Nature Canada's Graham Saul speaking with Linda Solmon Wood on a Zoom call as part of the Conversations series on June 11, 2020

Saul is executive director of one of the country’s oldest environmental groups, Nature Canada. He recently called for a “Canadian nature corps” inspired by one of former U.S. president Franklin Delano Roosevelt's massive initiatives after the Great Depression.

He's also become known for his at times scathing critiques of his own green movement, notably a 2018 interview on CBC's Ideas titled “Why Environmentalism is Failing.” In a wide-ranging conversation with Canada’s National Observer, he urged the green movement to diversify its base, and engage more strategically with power, if it wants to succeed.

Drawn from his previous work in climate organizing, his recipe for victory draws inspiration from social movements throughout history, from slavery abolitionists to today’s international Black Lives Matter uprisings, to women’s rights struggles, civil rights and countless others.

Just don’t expect any of this to be easy, he warned.

“Sometimes, it takes the kind of thing we see in the U.S. with Black Lives Matter to wake people up to the scale of the challenge and urgency of action,” he said. “We've seen that consciousness of many people around the world has been awoken.

“I look back at movements and see 200-year arcs. There are sudden, inspirational, tragic bursts that happen. Movements begin, they make progress, then they falter, they make more progress.”

For the environmental movement in Canada, he said, big ideas are needed that go beyond simply mitigating industrial society’s damage to species and ecosystems.

“We need to be organizing around big ideas, getting people involved in making sure there are specific demands we're expecting of our decision-makers and actively organizing other people who care about them, to effectively put pressure,” he said.

Among the big ideas, he said, must be that government investments to rebuild Canada’s post-pandemic economy must have several basic principles at their core: prioritizing diversity, social equity and reconciliation, aggressively reducing emissions, a just transition and retraining for workers and restoring damaged ecosystems.

Racial and economic justice as well as leadership of Indigenous communities must no longer be side conversations for the environmental movement, he warned, but any environmental investments must “make sure the diversity of the Canadian population can benefit and will not exacerbate inequalities in society, but … be conscious of Indigenous rights and of racism in Canada.”

Saul lauded in particular the Indigenous Guardians movement in protecting the land, but called on Canada to better fund and support their efforts, and to ensure all conservation projects embody respect for Indigenous rights and ways of life, for example.

“We have to ensure that as we move to try to support the restoration of nature,” he said, “we do it in a way that advances the reconciliation agenda, to make sure Indigenous (people) receive that support … overseeing and conserving and protecting land.”

Nature supporters, he said, need to learn how to better fight for change with tangible demands, grassroots people power and smart political strategy.

Saul takes inspiration from 19th-century Black orator and abolitionist leader Frederick Douglass: “Power concedes nothing without a demand,” wrote the U.S. anti-slavery leader after escaping enslavement himself. “It never did and it never will.”

While he admitted that, too often, the nature community “doesn't have clarity in terms of demands” on the climate crisis, advocates are finally finding their footing and realizing deeper transformation of society is needed.

“The climate community is finally putting forward demands,” he said. “They're saying we're not tinkering around with the edges anymore, it's not to slow down the emissions but to reverse them … and this is going to require a transition.”

Founded in 1937, Nature Canada is among Canada’s oldest environmental charities. And though far from the largest today, its $3 million in annual funding has doubled over the past five years, according to Canada Revenue Agency. Originally formed to bring together local naturalist associations across the country, its mission is “to protect and conserve wildlife habitats in Canada by engaging people.”

And while it might not be near the largest green charity, the organization boasts an outside impact thanks to the tens of thousands of naturalists and nature-lovers who form its grassroots.

Because countless local groups active in their environment are “by virtue of their existence” rooted in their local landscape and environment — whether birdwatchers, campers, fishers or inner-city community gardeners — it can be admittedly difficult to rally around a unified agenda.

He urged supporters to use people power to combat the entrenched influence of private industries on government decisions. One corporate sector he believes has gained outsized influence is forestry — which he said should be encouraged to move away from harvesting ancient forests toward other types of fibre, for example.

And governments need to ensure they are calculating the greenhouse gas emissions of Canada’s immense forests based on scientific evidence, not industry pressure. Canada’s National Observer, he noted, recently revealed forestry is in fact not helping reduce the country’s carbon footprint, despite logging companies claiming otherwise.

“The Government of Canada has been shifting its assumption about how it calculates it,” Saul said. “The carbon released by forest fires has been growing, the carbon released by insect infestations has been growing … Logging has not been reducing its greenhouse gas emissions significantly, so forests on their whole have turned into a massive source of greenhouse gas emissions.”

But while Saul urged more environmental defenders to use this rare historic moment to reflect on and improve their tactics — and to become at once more grassroots-driven, more diverse and also much more active in “electoral contests” and door-knocking to pressure politicians — he also said an often-missing element is celebrating victories.

“It's really easy to just be fundamentally depressed all the time,” he said. “But the reality is that good things do happen, progress does get made.

“And while we have a long struggle, we need to find a way to celebrate the victories as we go along.”

This live interview is part of Conversations, hosted by Linda Solomon Wood and sponsored by Canada's National Observer, featuring topics around COVID-19, the economy, politics and climate change. To watch the full conversation, head to our YouTube channel. To stay up to date on upcoming interviews, subscribe here.

Disappointed that the Observer's "wide-ranging" conversation with Saul did not get much beyond platitudes and generalities, and failed to define humanity's climate-driven existential predicament, the main challenges we face, and our prospects for survival.

In sharp contrast, a team of the world’s most eminent climate scientists and biologists believe we’re headed for the collapse of civilization. More to the point, it may already be too late to change course. Will Steffen, Australia’s top climate scientist says “we are already deep into the trajectory towards collapse” of civilization, which may now be inevitable because 9 of the 15 known global climate tipping points that regulate the state of the planet have already been activated.

Steffen, a distinguished researcher, educator, scientific adviser to governments, and widely published on climate science, along with top scientists, laid out our predicament in the starkest possible terms in a November, 2019 paper for the journal Nature. Titled, “Climate Tipping Points — Too Risky to Bet Against,” the article was co-authored by Steffen along with other notables: Joachim Schellnhuber, Johan Rockström, Stefan Rahmstorf, Katherine Richardson, Timothy M. Lenton and, Owen Gaffney.

The Nature article was just one of several sources highlighted in a lengthy June 5 piece entitled, “Collapse of Civilization Is the Most Likely Outcome: Top Climate Scientists”. Steffen, one of several scientists interviewed for the piece, contends that humanity’s three main challenges — climate change, degradation of the biosphere, and growing inequalities between and among countries — are facets of one problem — neoliberal economics. Furthermore, he says, evidence shows that even if the government was committed to renewable energy, “green growth” is just not possible at a global scale in an acceptable time frame.

According to Steffen – “…it’s highly likely that by 2030 we’ll know what pathway we’ve taken -- the pathway towards sustainability or the current pathway towards likely collapse. I think the ‘fork in the road’ will come in this decade, probably not a single point in time but as a series of events.”

Read more at this ShortLink: https://wp.me/pO0No-5fL