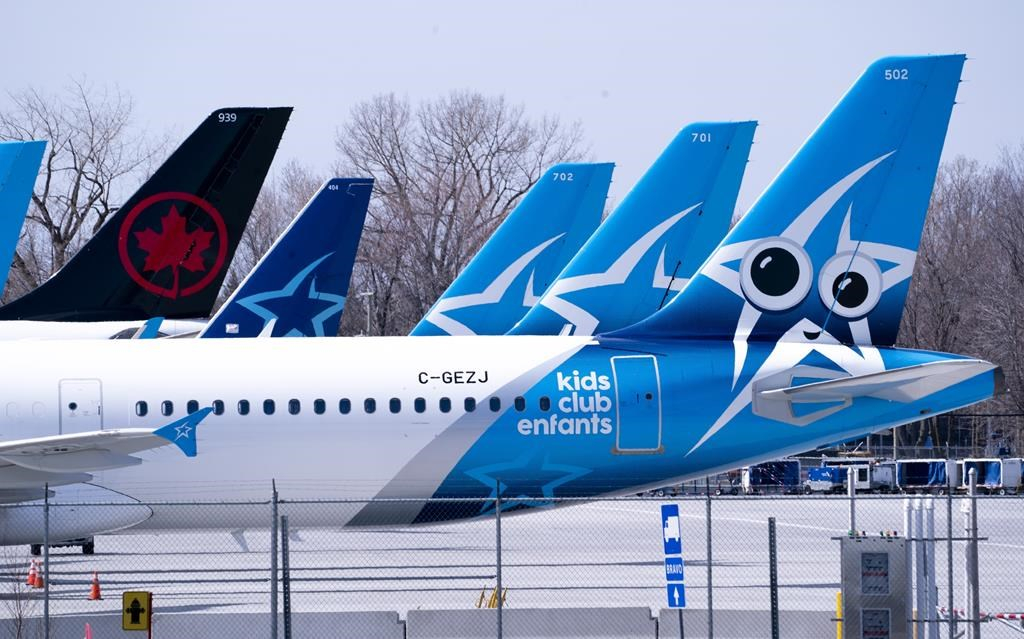 Tails of Air Transat and an Air Canada aircraft are seen on the tarmac at Montreal-Trudeau International Airport, in Montreal, on Wednesday, April 8, 2020. File photo by The Canadian Press/Paul Chiasson
Previous story
Next story

He said it considered a range of factors, including level of service, wider social and economic implications, the financial health of the air transportation sector, and competition.

“Given the devastating impact of the COVID-19 pandemic on the air industry, the proposed purchase of Transat A.T. by Air Canada will bring greater stability to Canada’s air transport market," he said in a statement.

The pandemic was also cited as a factor when Montreal-based Transat noted it may not be able to continue on its own because of the significant financial challenges.

The government said the acquisition is the best outcome for workers, Canadians travellers and other industries that rely on air transport.

Transat shareholders in December approved the revised deal, equal to $5 per share and a significant decrease from an earlier $720 million or $18 per share.

Air Canada won support from Transat's largest shareholder, Letko Brosseau, after sweetening the deal in August 2019 from its initial offer of $520 million or $13 per cent a few months earlier.

"We are confident these measures will be beneficial to travellers and the industry as a whole,” he added.

Air Canada must ensure that Transat A.T. provides communications and public services in both official languages.

The country's largest airline must also preserve the Transat head office and brand in Quebec, maintain 1,500 employees for Transat's leisure travel business, conduct aircraft maintenance in Canada while prioritizing contracts in Quebec, have a price monitoring mechanism and launch new destinations within the first five years.

It wasn't immediately clear when the deal will close. It still requires approval by European regulators.

Transat reconfirmed its unanimous support for the sale to Air Canada in January after receiving an unsolicited proposal on Dec. 22.

Transat was co-founded in 1986 by several Quebec businessmen, including current CEO Jean-Marc Eustache and Francois Legault, the province's premier. Legault left in 1997.

The travel industry has changed wildly since those early days and even in the 19 months since the initial deal was first announced.

Transat, a tour operator that operates Air Transat, has completely has completely paused operations until April 30 and furloughed about 450 employees.

Air Canada, Rouge, WestJet, Swoop and Sunwing had agreed to suspend service to Mexico and the Caribbean at the request of Prime Minister Justin Trudeau to help fight the pandemic's exposure.

The moves resulted in the temporary layoffs of thousands of airline workers.

Air Canada announced on Tuesday that it will temporarily lay off 1,500 unionized employees and an unspecified number of management staff as it cuts 17 more routes to the U.S. and international destinations.

Aviation experts have warned that the suspension of flights could have widespread repercussions for Canada's beleaguered airline sector and force permanent closures for airports and travel agencies.

Companies in this story: (TSX:AC, TSX:TRZ)