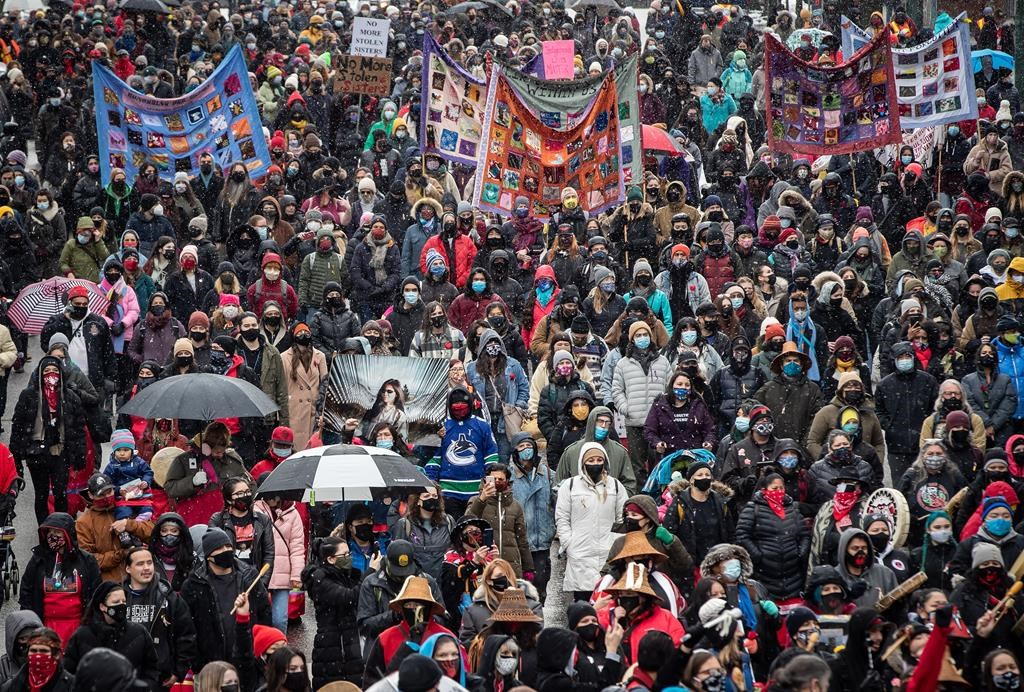 The second wave of the COVID-19 pandemic did not stop a rising tide of reports of domestic violence, experts say, warning that the stress of life in lockdown continues to put victims at risk.

Canada's Assaulted Women's Helpline fielded 20,334 calls between Sept. 1 and Dec. 31, 2020, compared to 12,352 over the same period the previous year, said Yvonne Harding, manager of resource development at the organization.

"It's very disturbing to know that there are so many women who are in this really precarious situation," she said. "There may have been limited support for them beforehand, but at least they had outlets."

Harding said opportunities to leave the house to get help — such as daily trips to and from school — have in many cases been eliminated during the pandemic.

Access to friends and family has also been cut off, she said, leaving victims with fewer options.

"Everything closed overnight, and our crisis lines lit up," she said.

"We saw a range of calls. We saw those who were feeling immediately threatened because their situation had escalated, and we saw those for whom fears were kicking in, because things were starting to change and they were used to being able to access community supports in person that were no longer available to them."

The Assaulted Women's Helpline has had to expand services, she said, and has received government funding to do so.

The second wave of the #COVID19 pandemic did not stop a rising tide of reports of #DomesticViolence, experts say, warning that the stress of life in lockdown continues to put victims at risk.

Police, too, are seeing a spike in domestic-related calls, albeit not as pronounced.

Data from 17 police forces across the country show that calls related to domestic disturbances — which could involve anything from a verbal quarrel to reports of violence" — rose by nearly 12 per cent between March and June of 2020 compared to the same four months in 2019, according to a Statistics Canada analysis.

The Ontario Provincial Police did not provide data about domestic incidents, but Sgt. Julie Randall — who specializes in cases of domestic and intimate partner violence — said the force has seen a small uptick in calls.

Randall is part of a co-ordinating network of police services dealing with domestic violence, and she said other forces in the province are reporting similar increases.

"Intimate partner violence and mental health are often closely connected, and from what's been reported worldwide, the pandemic has had a profound effect on people's mental health," she said.

But Randall noted the pandemic can't necessarily bear the entire blame for the spike, adding there may be another reason that calls to helplines far outpace calls to police.

"Statistics tell us that domestic violence goes on long before someone actually picks up the phone to call the police," Randall said. "So anecdotally, I can say that often our calls are lower than what's actually happening in the community."

This report by The Canadian Press was first published Feb. 15, 2021.