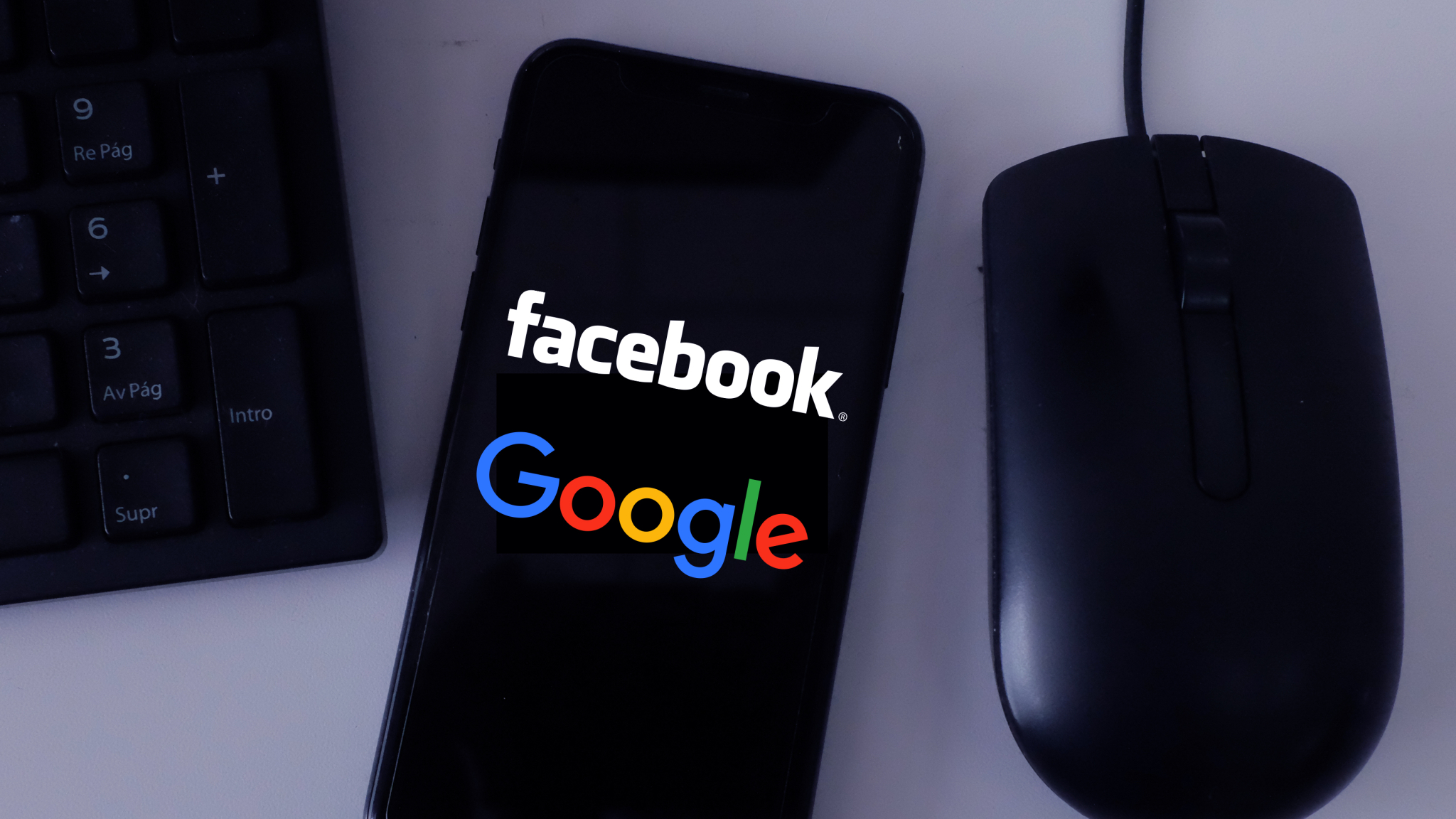 Australia’s proposed bill can be read as a response to Google and Facebook’s outsized foothold in the country’s internet market. Photo by Shutterstock
Previous story
Next story

A bill before the Australian parliament would require Google and Facebook to pay media organizations for the news content they use as part of their online search and social media services. Australia’s proposed News Media and Digital Platforms Mandatory Bargaining Code would also establish a code of conduct to address the digital power imbalances between Australian news media and American platform corporations such as Google and Facebook.

On first blush, Australia’s proposed bill can be read as a response to Google and Facebook’s outsized foothold in the country’s internet market. According to the Australian Competition and Consumer Commission’s (ACCC) recent Digital Platforms Inquiry Report that underpins the bill, Google accounted for 95 per cent of search queries in Australia in 2019, while it and Facebook combined took 61 per cent of the country’s US$9.1-billion online ad market. Nearly two-fifths of the time Australians spent on the internet that year was on Google and Facebook.

Australia’s bill has far-reaching implications for search and social media platform regulation around the world. It makes for a popular “David versus Goliath” tale of a small nation state using its sovereignty to curb the power of big American platform giants, and it is now being held up in Canada and elsewhere as a viable model of what a new generation of internet regulations for the public interest and democracy might look like.

Some believe the bill would let Australia impose a “link tax” on Google and Facebook, but that’s not the case. Instead, the real “crown jewel” in the bill is its code of conduct, which would enable the ACCC to compel Google and Facebook to carry designated Australian news services for a yet-to-be specified fee, make these American companies give Australian news outlets 14 days advance notice of big changes that could upend their operations, and get them to share more monetizable audience data with national news providers.

Also, the bill would let the ACCC gain greater insight into how Google and Facebook’s business models and algorithms actually work, and allow the minister of the treasury to expand ACCC’s remit to cover other platform players, hinting that Apple’s App Store may be next in line.

There is much to commend about Australia’s bill as it seeks to ensure the country’s news media system is governed not just by laissez-faire global market interests, but by public interest policy and regulation. The bill also highlights how Google and Facebook will fight such moves tooth-and-nail, despite their pretence of welcoming public interest internet regulation.

In late January, they threatened to withdraw some services from Australia if the government went ahead with the bill. Google also recently ran “experiments” that effectively made certain Australian news stories vanish from its search results. The government, however, has shown no signs of backing down.

For one, rather than trying to undo the power wielded by Google and Facebook in Australia, the bill seeks to create a corporatist-style arrangement between them and Australian media companies, with no room for public participation in such processes. Also, instead of trying to disrupt Google and Facebook’s data surveillance business model with stronger data protection and personal privacy rules for citizens, the bill aims to give big Australian news media companies a bigger slice of the country’s “big data” pie.

"Neither Australia nor Canada should bend over backwards for Google or Facebook," writes @mediamorphis #journalists #Facebook #Google

Consequently, it reinforces the surveillance capitalism model at the heart of the global online advertising market with the aim of spreading its ill-gotten benefits to a few more Australian industry players.

Furthermore, the analysis behind the bill also ignores the fact that the problems faced by some ad-funded Australian media companies go far beyond blaming the “vampire squids” from Silicon Valley. For instance, Australian ad-supported news media revenues peaked in 2006, long before Google and Facebook’s online ad market duopoly.

In fact, the ACCC’s own evidence showed that ad spending across all media collapsed after the 2008 financial crisis and remains below 2008 levels even now. As a result, for over a decade, traditional ad-based media in Australia have been competing with the global internet giants for a stagnant/shrinking pool of advertising revenue.

Likewise, while highlighting how much time Australians spend using Google and Facebook’s services, the ACCC’s Digital Platform Inquiry Report ignores how they spend the rest of their time online and the fact that they still spend twice as much time watching television and listening to the radio than they do using the internet.

The overall effect of such blind spots and cherry-picked evidence is to inflate the perception of just how much the digital duopoly dominates people’s lives while neglecting alternative (and better) explanations of why some advertising-funded media are in crisis.

Crucially, the ACCC’s report ignores the effects of the recurring bouts of media consolidation, which have led to Australia having one of the most concentrated media markets in the world and have left commercial media enterprises saddled with crippling debt loads.

Moreover, the Digital Platforms Inquiry itself was born out of a dubious deal in 2016 between the right-wing Liberal National government and Rupert Murdoch, the Australian media mogul behind News Corp Australia, Sky News and the largest chain of newspapers in the country (and Fox News in the U.S., amongst other media outlets). Murdoch blessed the government’s bill to loosen media ownership rules in return for a pledge to examine the impact of the global internet giants and the public service Australian Broadcasting Corporation (ABC) and SBS, respectively on Australia’s commercial media companies.

In fact, Murdoch’s media empire and Australia’s two other biggest media groups — Seven West Media and Fairfax Media-Nine Entertainment — have driven Australia’s platform regulation agenda from the get-go, although recent changes have brought the ABC and SBS into the fold.

While the news code bill skirts such issues, Australia’s former prime ministers, Kevin Rudd (Labour) and Malcolm Turnbull (Liberal), are pushing hard for an inquiry into media concentration, and Murdoch’s News Corp in particular, on the grounds that both factors are having a more devastating impact on Australia’s news media system, society and democracy than anything Google and Facebook are currently up to.

As much as Australia’s new platform governance effort flags the possibility of designing sovereign internet policy and regulation that serve the public interest and democracy, it falls short of reaching that high bar. That said, neither Australia nor Canada should bend over backwards for Google or Facebook. But instead of being a model Canada should follow, the Australian case teaches us that the pursuit of internet regulation for the public interest and democracy must be more ambitious in its goals and more circumspect of who has the power to define them.

Editor's note: The text was clarified to indicate that Kevin Rudd and Malcolm Turnbull were two former Australian prime ministers, not the two most recent.

I would like to see much more analysis of this challenging problem, especially here in the National Observer. I am a consumer of ‘news’ and entertainments online. I am drawn to the ‘free’ stuff because it is not something I have to pay money for. But is it really ‘free’? And, of course, the answer is no. I pay for it with my data. But what does that mean? Shoshana Zuboff has given us a new term to help understand this, calling it Surveillance Capitalism.

Remember when you simply put

Remember when you simply put a coin in a newspaper box, and what you read, when you read it, why you read it, if you read it, who you told what you read, who read your paper after you, what you did with the paper itself ...
... was all completely private?
And in many homes, eventually composted in the toilet?
Or you could visit a library, read the parts you wanted, maybe even do the crossword (or correct it) ... without even needing a library card.
Seriously.