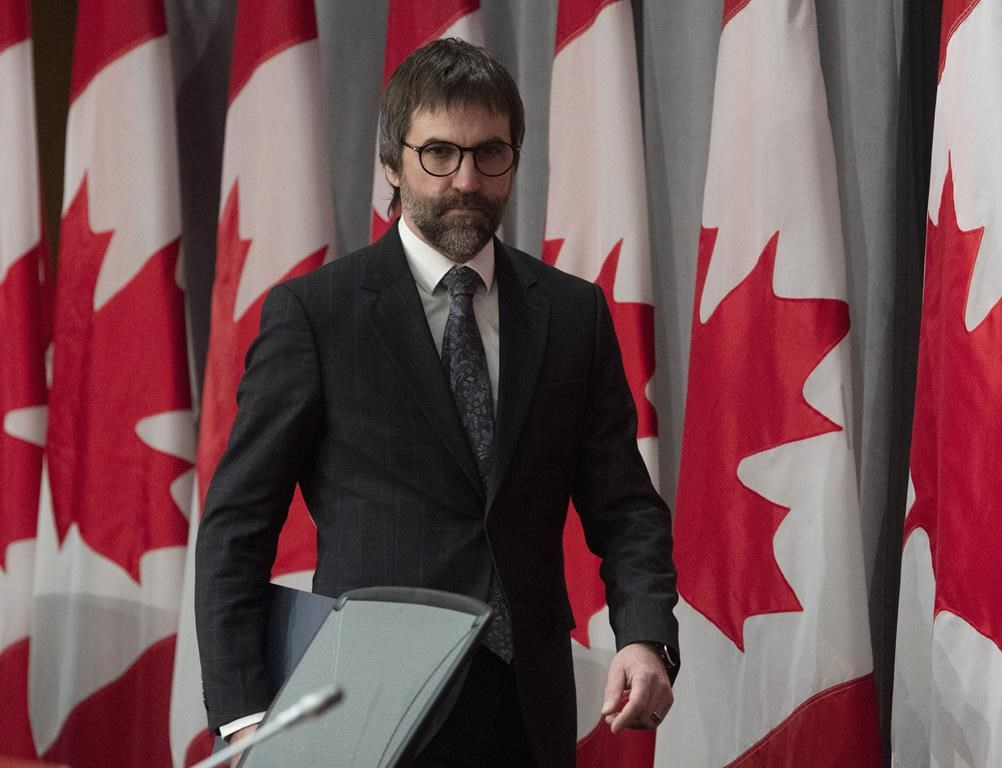 Minister of Canadian Heritage Steven Guilbeault makes his way to his seat for a news conference in Ottawa, on Friday, April 17, 2020. File photo by The Canadian Press/Adrian Wyld
Previous story
Next story

The federal heritage minister says if new tools are needed to get digital giants to pay for Canadian content, they will be built.

Steven Guilbeault says he is watching how other countries are trying to get companies such as Facebook and Google to pay for the copyrighted content that appears on their online platforms.

Australia and France have moved ahead on measures to help domestic media outlets, which often say they are losing ad money to international digital giants.

With a global decline in ad dollars due to the COVID-19 pandemic, calls are growing louder for Canada to follow suit.

Guilbeault says Australia and France have regulatory or legislative options that might not be on the table in Canada.

But he told the House of Commons industry committee Monday night that he is reviewing what is, or what might be needed.

Facebook and Google have both said they are strong supporters of local journalism, pointing to related funds and causes they support in the countries where they have a presence.

But Guilbeault says the government is still examining the issue closely.

"We've said for many months that we want the web giants to do their fair share, and clearly right now they're not," he said in response to a question from fellow Liberal MP Nathaniel Erskine-Smith.

"If we can use existing tools to make that happen, we will, and if we need to create new tools, we will."

Ottawa examining new, existing tools to get web giants to pay up: Guilbeault

While the sector was already struggling ahead of the COVID-19 pandemic, a dramatic decline in advertising revenue has placed significant additional pressure on the companies.

One estimate suggests 50 community newspapers have closed since the outbreak of the pandemic, with 100 media outlets making cuts to operations in six-week period.

As many as 2,000 people have also lost their jobs, indicates an analysis conducted by the local news research project at Ryerson University's School of Journalism, the journalism news site J-Source and the Canadian Association of Journalists.

In March, the Liberal government announced a $30-million ad campaign for COVID-19 awareness as a stop-gap measure as it moves to roll out additional support to the media industry in the form of tax credits announced last year.

Guilbeault said the ads were placed in more than 900 newspapers, on 500 radio and television stations and in 12 different languages.

Altogether, 97 per cent of the money was spent in Canadian media, he said. He did not say where the remaining three per cent of funds were spent.

Both Facebook and Google have, in the past, pointed to their own financial support of local journalism, both in Canada and other countries.

Facebook has given US$5,000 grants to around 80 Canadian news outlets in recent weeks as part of a major financial effort to support COVID-19 related journalism here and in the United States.

Google has also allocated funds from its news initiative program to some Canadian media outlets.

While those two companies are the most common targets of lawmakers around the world as the dominant players in online advertising, any legislative or regulatory move could affect other social media companies or search engines as well.