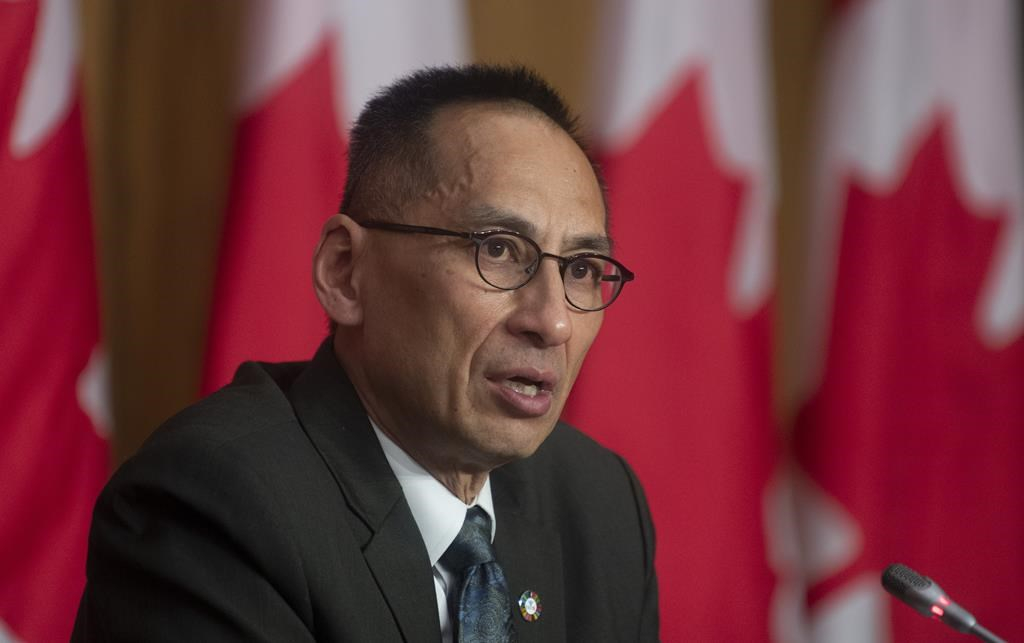 There is compelling evidence that a single dose of COVID-19 vaccines may provide almost as much protection as giving two doses, Canada's deputy chief public health officer said Thursday.

Dr. Howard Njoo said the advisory committee of federal and provincial public health officers is having an active discussion about whether Canada would be better served to delay the second doses of vaccines in a bid to give protection to more vulnerable people quicker.

"These are what I would call early data in terms of a vaccine effectiveness or studies," he said. "And the indications are that there's a good level of protection after just one dose."

Canada intends to vaccinate three million people with two doses by the end of March.

More than 990,000 Canadians have received at least one dose, and about one-third of those have also received their second doses.

Quebec's immunization committee went as far Thursday as to recommend nobody get a second dose until a first dose is injected into everyone in six high-risk groups, including people over 70, health-care workers, and people who live in long-term care homes and retirement residences.

The committee reported that single doses have been 80 per cent effective at preventing COVID-19 so far among long-term care residents and health workers who were vaccinated.

Questions about delaying the second doses arose almost as soon as vaccinations began in December, prompting a whirlwind of debate among scientists about the ethics of "going off label."

But Dr. Danuta Skowronski, the epidemiology lead for influenza and emerging respiratory pathogens at the British Columbia Centre for Disease Control, said data show two weeks after one dose of either vaccine, the protection against COVID-19 was almost as good as what was found after two doses.

There is compelling evidence that a single dose of #COVID19 vaccines may provide almost as much protection as giving two doses, Canada's deputy chief public health officer said on Thursday, February 18, 2021. #Covid19vaccine

Skowronski and Dr. Dr. Gaston De Serres from the Institut national de santé publique du Québec made the case in a letter published in the New England Journal of Medicine this week.

Moderna reported itself that two weeks after one dose, those who got the vaccine were 92 per cent less likely to develop COVID-19 symptoms.

Skowronski said Pfizer started measuring illness as soon as the injections were given, which she said is "unreasonable."

"It's basic vaccinology that you don't expect the vaccine to activate the immune system instantaneously," she said, in an interview with The Canadian Press.

Skowronski said if you wait two weeks to start counting infections, there were 92 per cent fewer infections of COVID-19 among those who got one dose of the vaccine, compared with those who got the placebo.

At that level of protection, she said "we need to get a first dose into our priority populations, and the most vulnerable of those at greatest risk of severe outcomes and the precious resource of our front-line health-care workers."

She said the second dose should eventually be given but said there isn't a maximum time she would put on how long to wait.

Pfizer has issued caution about adjusting the dosing schedule but said the decision to do so rests with local authorities.

"We at Pfizer believe that it is critical for health authorities to carry on surveillance on implemented alternative dosing schedules to ensure that vaccines provide the maximum possible protection," the company's statement reads.

Canada's National Advisory Committee on Immunization said in January that the recommended schedule should be followed wherever possible but that delaying a second dose up to six weeks could be beneficial, particularly with a shortage of supplies and a fast-spreading virus.

Skowronski said waiting six weeks instead of three or four for a second dose won't do much.

"That's not maximizing coverage that we need to undertake with the scarcity of the vaccine that is available now."

Several provinces have been delaying the second doses a couple of weeks, particularly as deliveries of both Pfizer-BioNTech's vaccine and Moderna's slowed to a crawl in mid-January.

Those delays appear to be over. Pfizer says it will ship nearly three million doses over the next six weeks, and Moderna promises to ship more than 1.4 million.

With the two authorized vaccines, and the two-dose schedule followed, Canada expects to vaccinate 14.5 million people by the end of June and all Canadians who want to be immunized by the end of September.

A new vaccination schedule issued Thursday shows if the other three vaccines currently being reviewed get approved by Health Canada, 24.5 million Canadians could be vaccinated before Canada Day.

Pfizer expected to ramp up vaccine deliveries to Canada