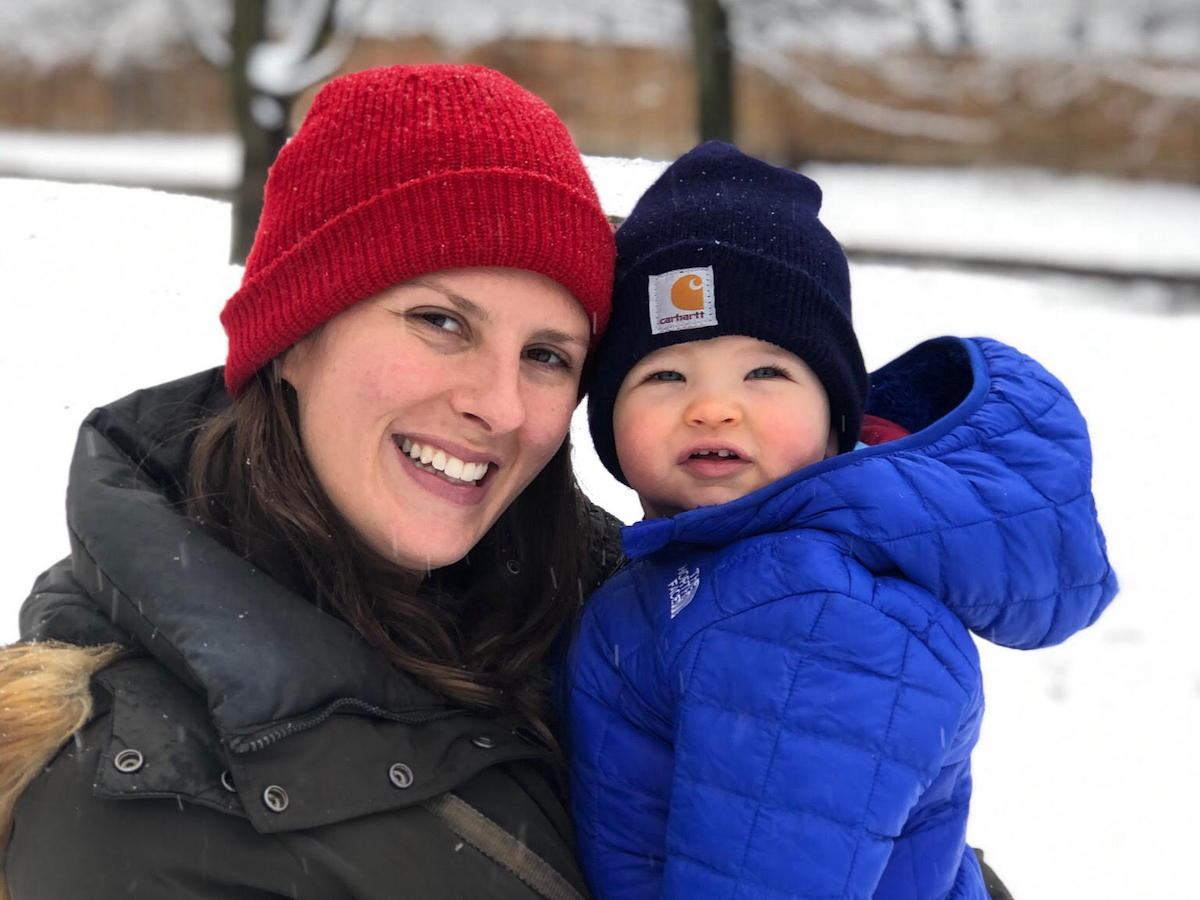 Like all mothers, Brianne Whyte wants a safe climate for her son, Eli. Photo by Sam Novak
Previous story

The climate is changing. As parents, we know the window to ensure our children’s future is one where they can thrive instead of merely survive closes at the end of this decade. The climate policies enacted now will decide the fate of our kids, and the Canadian government is not doing enough to keep them safe. So far, Canada has missed every single target it has ever set to reduce greenhouse gas (GHG) emissions.

We are not on track to meet our Paris Agreement commitment, either. This is why members of For Our Kids — a national network of concerned parents working to drive urgent climate action — want a strengthened Net-Zero Emissions Accountability Act (Bill C-12), one that's in line with climate science. We are calling on every parent and grandparent to tell our government to strengthen Bill C-12 so our kids will have a better chance at a livable future.

While the bill is a first in Canada to set climate targets into law, parents and experts worry it could be too little, too late. The Intergovernmental Panel on Climate Change (IPCC) says the next 10 years are the most critical for action. Yet the first target in Canada’s act won’t come until 2030 — when my infant son will be 10 years old — and the bill doesn’t require the government to set that target until months after the bill passes.

In order to avoid catastrophic consequences of climate change, we need to cut emissions in half by 2030. We don’t have 10 years to wait. We need accountability much sooner, and a bold action plan now.

A 2018 report by the IPCC says that in order to have the best chance at a livable world, we need to limit warming to 1.5 degrees. To do so will require cutting emissions by 45 per cent below 2010 levels by the year 2030. Canada’s emissions reduction target for 2030 is a mere 30 per cent below 2005 levels — and we are not even on track to meet that.

Despite dire warnings from the IPCC, we are currently headed for three degrees of warming by 2100, and are likely to hit two degrees of warming by mid-century. To give you an idea of what that means, at an increase of just two degrees the oceans are projected to acidify, coral reefs will be wiped out, one-third of the world’s population will experience severe heat waves with increasing frequency and global crop yields will drop. My son will be entering his 30s when this unthinkable scenario plays out.

We are in a climate emergency, and our kids are the ones who have the most to lose if our government fails to take meaningful action. Children are among the most vulnerable to the health impacts of climate change and are more susceptible to heat waves, air pollution and the impacts of extreme weather events than adults. With air pollution recently estimated to have caused a staggering 18 per cent of all global deaths in 2018, children with respiratory illnesses like asthma are of particular concern.

There is still hope for real change, but only if enough people tell their MPs they want serious climate accountability now. With enough public pressure, the bill could be amended, and we could join the ranks of other countries that have implemented effective climate accountability laws — New Zealand, the U.K., Germany, Sweden — all of which are seeing emissions decrease.

In order for the bill to align with science and bring about the necessary reduction in emissions, we need the following amendments:

If there were ever a time to make your voice heard for the sake of your children, this is the moment. The bill is expected to pass into law soon. We must act quickly. Call, write and meet with your MPs. We must ensure this accountability act is aligned with science and truly accountable to our children's futures.

With enough public pressure, Bill C-12 could be amended and Canada would join the ranks of other countries that have implemented effective climate accountability laws, writes Brianne Whyte of @ForOurKidsTO #StrengthenC12 #ClimateAction

It’s time for parents to step up and demand better for our kids.

Brianne Whyte is a teacher, parent and organizer with For Our Kids, a national network of parents and grandparents working to drive urgent climate action.

As a great grandparent I too

As a great grandparent I too am concerned about the legacy our and earlier generations of our species Homo Sapiens is creating for future generations. A great deal of information is now being generated and reported on the Internet, on how our advanced societies are impacting this Earth's Biosphere. We are a dominant part of that finite layer of 'stuff' that makes life in all it's forms possible on this planet. Many specialists in every facet of knowledge gathering are studying and reporting their findings. A focal point for that information is the IPCC ,Intergovernmental Panel on Climate Change. A place to go for good information on what we are doing to our Biosphere. Measuring is a fundamental part of assessing the effectiveness of any action. One of the best, in my view, to judge our impact on the Biosphere is the Global Footprint Net Work. Easily accessible on the Internet. It is a place to see what the measures we have show how we are responsible for much of the climate change we are experiencing . Also what changes in our behavior can stop the damage and promote a better environment going forward in time. We make an Ecological Footprint and by measuring it we have a basis for Managing Our Earth's Biocapacity with a Bio-Budget. So far we are doing a terrible job of it, evidently, eating up the Ecological Reserves. This system of measurement indicates we had used up the annual yield of the Biosphere by the 29th. of Jul . 2019. In 1990 it lasted us longer, until 11th. Oct.. Last year, because the pandemic slowed down our economic activity so much the date was Aug. 22 for the Earth's Overshoot Day. I expect it will be later again for this year 2021, shall see? For long term stability of a livable atmosphere we should never have an Overshoot Day. An Undershoot Day would indicate we are allowing the Biosphere to build back some of it's capacity to sustain life. My thoughts for now, based on what I have gleaned from the information I find on the Internet and what I read elsewhere.. Thanks for reading , and any comment of interest. Charles