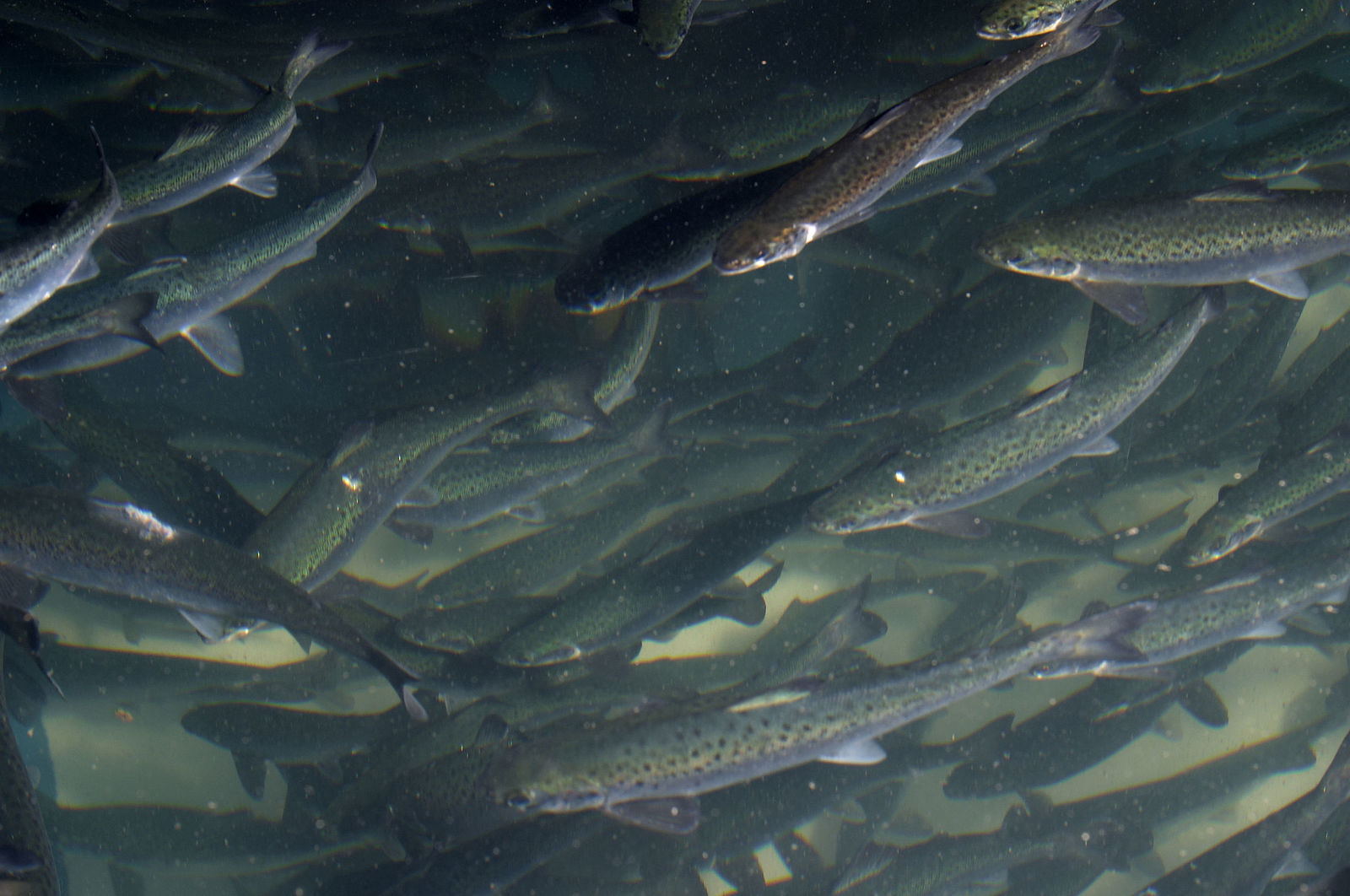 Environmentalists on both coasts are concerned plans for a Canadian aquaculture law could create loopholes in environmental protections for wild Pacific and Atlantic salmon. Photo by Peter Whyte/Wikimedia Commons
Previous story
Next story

New laws are on the horizon for Canada’s aquaculture industry, but environmentalists are wary the proposed legislation might not be enough to protect the country’s oceans.

Canada’s $1.2-billion aquaculture industry is now regulated under a patchwork of federal and provincial laws and regulations. Confusion over that regulatory maze has fuelled a years-long effort by Fisheries and Oceans Canada (DFO) to develop aquaculture-specific legislation. The new laws would update rules on everything from licensing to the industry’s environmental impact.

“We have concerns around the act that (with) the direction it is going, it may actually exempt or replace or undermine some of the other legislative protections around wild fish biodiversity,” said Stan Proboszcz, science and campaign adviser for the Watershed Watch Salmon Society.

Of greatest concern to Proboszcz and other advocates are open-pen salmon farms, the largest industry in Canada’s aquaculture sector. In use on both coasts, open-pen nets pose a risk to wild Pacific and Atlantic salmon largely because the farms risk exposing wild populations to pests and disease.

URGENT: Factory #fishfarms should not be exempted from the Fisheries Act & other environmental laws! Send a letter by Feb 14 to tell our decisionmakers to protect #wildsalmon under the new aquaculture act! https://t.co/Ywmi35bflq

For instance, a 2012 report by Justice Bruce Cohen found that fish farms along salmon migration routes on the B.C. coast were contributing to the rapid decline of Fraser River salmon. Almost a decade later, in 2020 — and months after the river saw historically low returns — DFO decided to remove open-pen fish farms from the species' key migration route.

Environmentalists in both the Atlantic provinces and B.C. have also been concerned for years about the farms’ impact on surrounding ecosystems because excrement, excess feed, and other waste leach beyond the floating pens — despite environmental protections under the Fisheries Act.

In a statement, DFO said the proposed act “would be derived from relevant sections of the Fisheries Act” and “would clearly and appropriately prohibit specific harmful activities … by maintaining the environmental prohibition currently found under the Fisheries Act.”

“We have concerns around the act that (with) the direction it is going, it may actually exempt or replace or undermine some of the other legislative protections around wild fish biodiversity,” said Stan Proboszcz with @WatershedWatch_

But in a January letter, Watershed Watch and a coalition of other environmental organizations noted that less-stringent provincial aquaculture laws could leave open a loophole to these protections. The Atlantic provinces have some jurisdiction over aquaculture in their waters thanks to agreements between the federal and provincial governments.

“The super obvious (concern) is that there doesn’t appear to be any requirement for a national standard of regulation,” said Simon Ryder-Burbidge, marine conservation officer with the Halifax-based Ecology Action Centre.

“In the course of developing a federal act, you would want to mandate some kind of national standards for the protections of ecosystems at the federal level,” but the proposed act would keep the current system — where jurisdiction over fish farms is split between the federal and provincial governments — intact.

“The proposed (aquaculture) act will not impede on existing areas of provincial jurisdiction,” DFO confirmed in a statement.

Those aren’t Ryder-Burbidge and Proboszcz's only worries, however. Both noted that DFO’s dual responsibility to regulate and promote Canada’s aquaculture industry is a significant conflict of interest that shouldn’t be enshrined in the planned law.

“We do not want to see any sort of legislation or regulation that facilitates the government’s promotion of aquaculture as an industry,” said Proboszcz.

Similar concerns have been raised for years: Justice Cohen noted it in the 2012 Cohen report on Fraser River sockeye. More recently, Chief Don Tom, vice-president of the Union of BC Indian Chiefs, noted the issue was central to controversy around fish farms in B.C.’s Discovery Islands.

In response, the ministry said it is “committed to the conservation of wild salmon stocks” and aims to create an act that “provides greater clarity for the sector’s management and helps further enhance environmental protections.”

“At the end of the day, the protection of marine species falls at the foot of the federal government. We want to see them step up and take action to protect wild … salmon and other species,” he said.