By Christopher Reynolds | News, Politics | February 24th 2021
#1232 of 1611 articles from the Special Report: Coronavirus in Canada 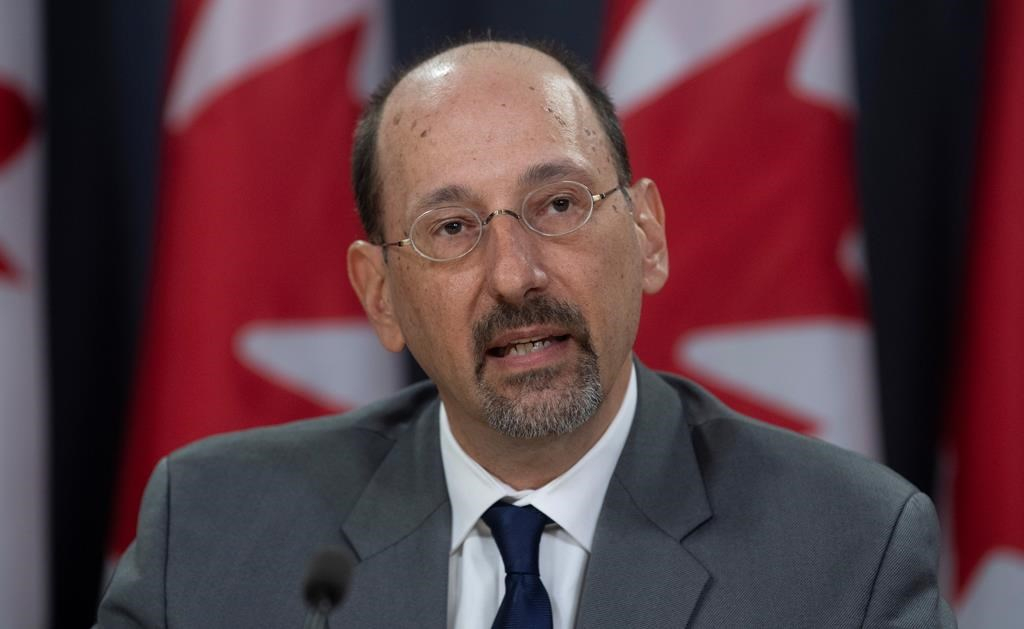 Canada's prison ombudsman is calling for alternatives to incarceration in a new report that shows the number of COVID-19 cases at federal facilities more than doubled in the pandemic's second wave.

Correctional investigator Ivan Zinger says new cases climbed to 880 at more than a dozen prisons between early November and Feb. 1, compared to 361 cases at six institutions in the first wave.

The prisons are the two largest in the country and contain some of the system's oldest infrastructure, with an evident connection between viral spread and large shared living areas, as well as poor ventilation.

Meanwhile, health restrictions behind bars have hampered correctional programs, which range from problem-solving to role-playing exercises. That in turn has delayed parole hearings and community release, since both can hinge on fulfilling program requirements, Zinger said.

Three-metre distancing rules, for example, have reduced class sizes from as many as 15 inmates to between three and five, resulting in slower program delivery and growing backlogs.

"'If offenders had access to technology, it would be much easier for them to be provided with assignments and assistance when teachers are unable to attend the site, or when there are restrictions on distributing materials for class,'" the report said, quoting a correctional officer.

Zinger called on the Correctional Service of Canada to prioritize early release of older inmates and those with underlying medical conditions, and to move program delivery out of prisons and into the community.

He also demanded the agency develop and make public a national vaccination strategy in the wake of more than 500 pandemic-related complaints from inmates.

Canada's #prison ombudsman is calling for alternatives to incarceration in a new report that shows the number of #COVID19 cases at federal facilities more than doubled in the pandemic's second wave. #CDNPoli

"Beyond the impacts of COVID-19, a more rigorous, humane and cost-effective community-based approach to corrections is long overdue," the report said.

The Correctional Service says it has vaccinated about 600 older and medically compromised offenders, and plans to begin inoculating the rest of its 12,500 inmates in the spring.

"Our COVID-19 approach is based on science and evidence, and has followed public health guidelines and advice every step of the way," the agency said in a statement responding to Zinger's report Tuesday.

"While there is always more work to do, CSC has adapted and learned a great deal about the challenges of preventing and containing the COVID-19 virus over the past 11 months. We will continue to make everyone’s safety our top priority as we work to fulfill our mandate during this challenging time."

Advocates warned about the risks of a rising case count in November. The Canadian Association of Elizabeth Fry Societies highlighted a lack of access to adequate health care, with executive director Emilie Coyle calling conditions at some institutions "atrocious."

Four federal inmates have died from COVID-19 — two in the first wave and two in the second — according to the correctional investigator.

Last March, Blair asked the federal prison service and the parole board to consider releasing some inmates early to lower the risk of COVID-19 transmission.

The federal prison population fell by only two per cent to about 13,700 between March and April, while the number of Canadians incarcerated at provincial and territorial institutions dropped by 25 per cent to roughly 18,200 between February and April, according to Statistics Canada.

Nearly one-quarter of inmates in federal custody are serving life sentences and ineligible for parole, Blair said in the spring.

But many federal prisoners have been ensnared in a catch-22 that has hindered their release, advocates say.

"What ended up happening was they shut everything down and nobody had access to programs, and the conditions of parole or release are usually that they've completed their programs within the institution," Coyle said last year.

Active cases are now down to about a dozen, suggesting the worst of the second wave has ebbed, he said.

Nonetheless, correctional programs continue to run at half capacity, and access to libraries and legal resources is sharply curtailed, he said.

"With fewer and shorter sessions and more time in between programs, an inmate’s ability to make meaningful and measurable progress on their correctional plan is severely compromised."

He also highlighted "extreme" controls such as "near-total cellular isolation, fresh-air exercise once every two or three days, 20 minutes of out-of-cell time every other day to shower or use the telephone."

"Through no fault of their own, inmate access to programs is shaping up to become an emergent human rights concern in Canadian corrections."