Why Canadian farmers should harvest lessons from the North 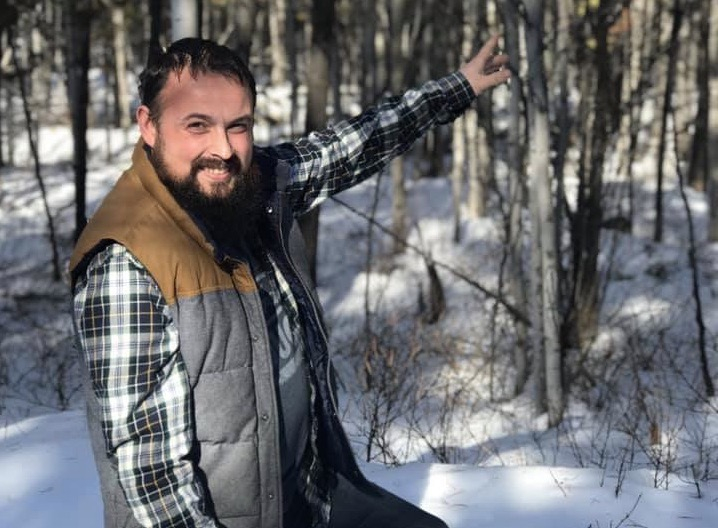 Sonny Gray thinks the crop of farms popping up across Northern Canada might end up teaching the rest of us lessons vital to the future of the country’s food system.

“(Canada) takes for granted that California and Mexico are very nearby, and they’ll always be there,” said the co-founder and CEO of North Star Agriculture. The Yukon-based startup helps northern farmers, First Nations, and community groups establish farms and food processing hubs to meet local food needs.

“We focus on exports like canola oil or soy. We’re not really focusing on the fact we’ve got 'X' amount of people who we should be trying to feed.”

But in Northern Canada, farming has a different goal: Keeping people fed. Most food eaten in the three territories and northern parts of the provinces is imported. With few or no roads into the region, stores are often a truck- or planeload away from running out of stock, Gray said.

The situation has driven surging interest in farms across Northern Canada, from Whitehorse to Wabush. Most are small and aim to serve local markets. Yukon alone saw the number of farms in the territory increase roughly 10 per cent between 2011 and 2016, in contrast to a decline in the number of farms nationwide. Vegetable production in the territory surged by about 50 per cent in the same period, according to Statistics Canada.

And Yukon farmers are bucking national trends: The average age of the territory’s farmers is 53, compared to 55 nationally, and over a third are women. Several First Nations have also developed farms on their traditional territories, including the Tr’ondëk Hwëch’in First Nation, in 2015.

Earlier this year, the Na-Cho Nyäk Dun First Nation won the $485,000 Arctic Inspiration Prize to build an Indigenous food sovereignty hub. The project will add to a farm started by the nation in 2020.

But farming in the North does have unique challenges, said Gray. Everything from facilities to equipment can be hard to come by, so farmers need to be more creative and resourceful.

For instance, farmers in Southern Canada have fairly easy access to mechanics if a piece of equipment breaks. Northern farmers don’t have that kind of help at hand and might need to wait weeks before the part arrives, potentially delaying time-sensitive tasks, such as harvest and haying.

“If a place as far in the North as we are can (produce more local food), then it’s really possible for us as a country to really focus in and start to grow our own food,” says Sonny Gray.

“We’re forced to do everything, and that’s a very different business. Farming is already a business, but that’s taking it to another level altogether,” he said. In Yukon, that resourcefulness has led to the creation of everything from a mobile abattoir to cutting-edge developments in greenhouse technology.

Gray sees similarities between the territory and other countries where expansive, pastoral landscapes are in short supply, like Iceland or the Netherlands.

“Iceland or the Netherlands, these locations had to innovate,” he said. “Looking at their innovations … what I would really like to see in the next 20 years is for us to apply this stuff in the North and really get a handle on our food production here in the Yukon becoming more and more sustainable.”

For instance, his company is starting to develop a geothermal greenhouse project similar to ones in Iceland. In 2013, the country met about two-thirds of domestic demand for tomatoes — and 99 per cent of its demand for cucumbers — domestically, according to a 2018 study. Gray envisions creating a similar system in the territory to wean it off imports.

Farmers, governments, and community groups from across the country have noticed Yukon’s success. Gray said he regularly receives calls from people in other regions with similar food systems challenges, like Newfoundland and Labrador or northern B.C., looking to increase local food production. He expects those calls will only get more frequent.

“If a place as far in the North as we are can (produce more local food), then it’s really possible for us as a country to really focus in and start to grow our own food,” he said.

Nowhere but up ! These

Nowhere but up ! These fledgling efforts need subsidies to grow and reduce the huge carbon footprint their current consumption of food flown in or trucked in produces. This clear food security situation, for the north, could secure some of the existing food subsidy going to maintain extremely long and uncertain food supply chains from the south. Attention needs to not operating these initiatives with diesel ! Local jobs, local pride, new investments, locally produced green energy possibilities,, improved healthy diets . On and on.

And what part of the B. C. government's horrible decision to green-light Site C DOESN'T fly in the face of local food security??!!!

An agronomist looked at the 1,400 hectares of Class 1-3 soils on the bench land to be flooded at Site C and calculated that if the land went from hay production to a wide diversity of food crops similar to the Fraser Valley near Metro Vancouver, one million people could be fed a very nutritious diet every year. Her calculation included the far higher rate of photosynthesis at higher latitudes during the warmer months (midnight sun and all that), the longer growing season, and the protection from northern winds offered by southern exposure on a bench protected by a bluff on its north side.

Local food is something that harmonizes so well with regenerative agriculture and electrified short-haul transportation to local urban markets that it may be possible to eventually wean all parts of Canada off imported produce. Farm and conservation greenbelts around our cities will also help contain unsustainable suburban sprawl. Besides, it's a matter of time before California's ongoing long-term, climate-induced drought and poor water management practices make exports from that state increasingly difficult.