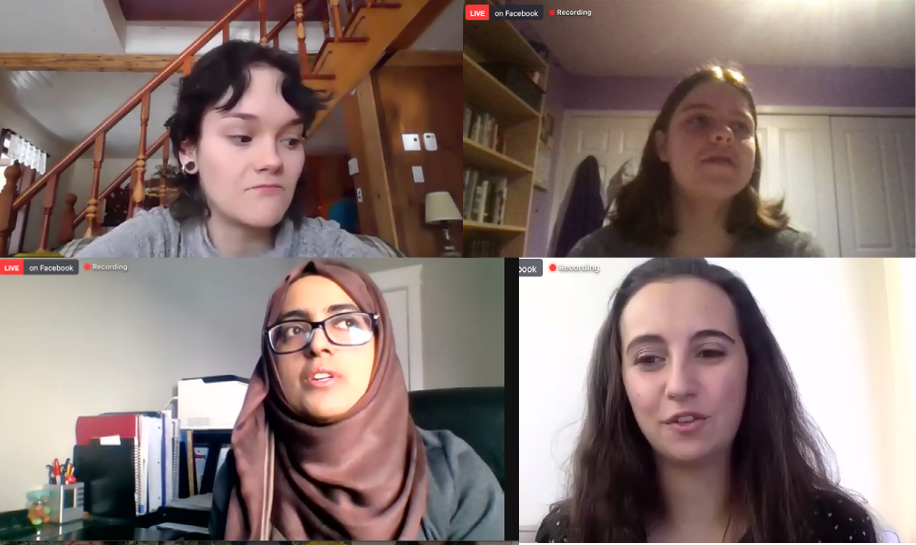 The young climate activists who commanded national attention by leading massive street protests before COVID-19 expect the Canadian government to display much more climate ambition in its upcoming budget.

While the pandemic has made their primary political tool temporarily obsolete, the young activists have been watching the government’s ongoing response to the public health crisis and thinking carefully about how it can be leveraged to help save the planet from the worst ravages of climate change.

“I don't think there are any excuses anymore for not tackling the climate crisis because we know there's the funding, we know there's all the resources, the government capacity as well as the social capacity. We just need the political will and the social will to do it.”

For Williamson and other young activists who joined a roundtable discussion with federal Green Party Leader Annamie Paul on Friday, that means pushing for a halt to all new fossil fuel infrastructure projects, including the Trans Mountain pipeline expansion that has sparked major opposition from environmental and Indigenous groups.

It also means making sure aid to specific industries is conditional on commitments to lower emissions or other green changes.

“I personally don't want just public funds allocated towards sustainable agriculture or farm management,” said Samia Sami, who has researched innovation in renewable energy while studying electrical engineering at the University of Saskatchewan. She says it is heartbreaking to see that agriculture, a major economic driver in the province, is also one of its most vulnerable sectors.

“I want more public attention or more actual management of those funds, actual policies going out and being traced,” she said, noting that while Saskatoon gets lots of sun, “unfortunately we are not making use of it in terms of putting in solar panels and putting wind and using this energy.”

The Greens’ Paul told the six young people who joined the roundtable the party would be pushing for exactly those sorts of climate commitments to be attached to any bailout of the airline industry, a major source of emissions that has been hit hard by travel restrictions.

“We have the leverage to do it now,” she said. “If we're going to be loaning billions of our dollars, taxpayer dollars, to an industry then it has to come with conditions.”

“I don't think there are any excuses anymore for not tackling the climate crisis ... We just need the political will and the social will to do it,” says Lilah Williamson of Vancouver’s @sustainteens. #ClimateAction

The young activists expressed disappointment that the early promises of Prime Minister Justin Trudeau’s Liberal government have not borne the fruit they may have expected.

“I am really frustrated,” said Rosalie Thibault, who is studying economic, environment and development at Montreal’s McGill University. “We have seen the government make promises about planting trees, for example, at the beginning of his term, and at the confidence vote, (Trudeau) just said the same old promises that he's not doing.

“There's no green recovery, there’s nothing green in his head right now, as we've seen fossil fuel subsidies have increased by 200 per cent since COVID compared to 2019.”

A report from the International Institute for Sustainable Development shows Canada spent at least $1.9 billion in direct aid to the traditional energy sector last year, up from $600 million in 2019. Almost all of the direct aid funding went to two programs to protect jobs and cut greenhouse gas emissions.

“There's quite some discontent on my part, too,” said Allie Rougeot, who leads the Toronto chapter of the Fridays for Future climate strike movement.

“I think one of my biggest disappointments is seeing that there's an attempt to create the system that we already have but just try to make it slightly green or tweak it a little bit so it looks clean or electric, as if that was going to be a good little fix for the huge problems we have of many intersecting crises.”

Rougeot, who is studying economics and public policy at the University of Toronto, says she is also worried that debt being taken on now will be borne by younger people without reducing the likely cost of climate destruction in the future.

“We have an affordability crisis with housing and young people having low wages, no housing, and this massive debt to serve,” she said. “You're really putting a massive burden on young people who have no say in it until years later.”

Activists are relevant proportionate to the votes they can bring out. How many, in this case?