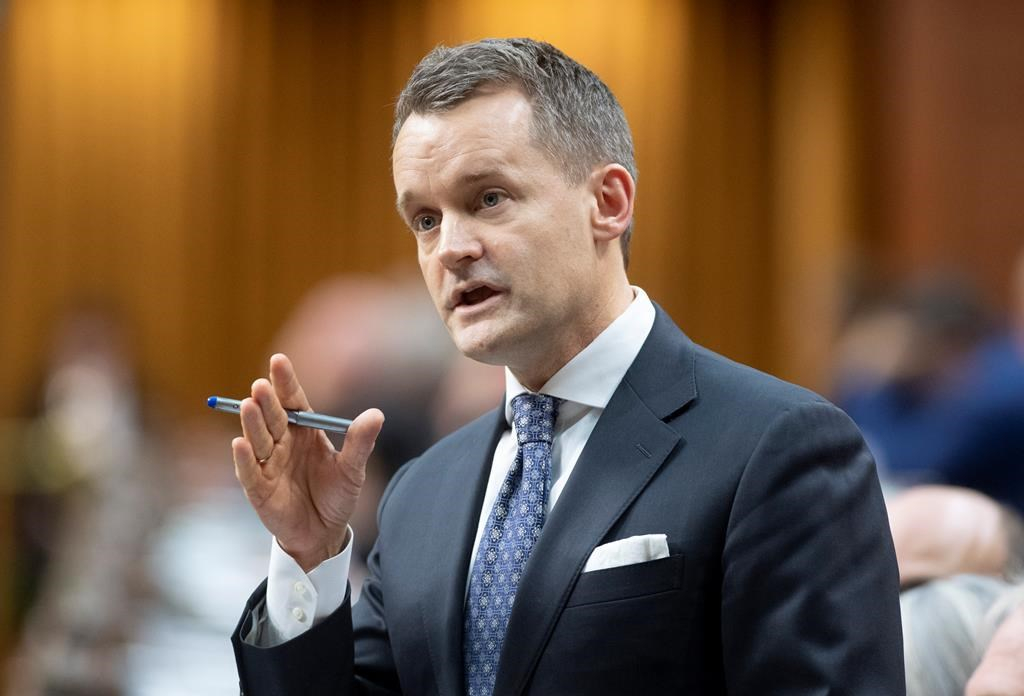 Natural Resources Minister Seamus O'Regan responds to a question during Question Period in the House of Commons in Ottawa on February 17, 2020. File photo by The Canadian Press/Adrian Wyld
Previous story
Next story

The Canadian government says it will spend $3.16 billion to plant two billion trees over the next ten years.

Natural Resources Minister Seamus O’Regan made the funding announcement Monday at a tree nursery in St. John’s, saying the project will help Canada achieve its goal of net-zero greenhouse gas emissions by 2050.

“There is no path to net-zero carbon emissions that doesn't involve our forests,” O’Regan told reporters. “Trees increase our community's long-term resilience to climate change. They reduce the likelihood of flooding and the risk of wildland fires.“

O’Regan said the project is “an endeavour of unprecedented scale and size” and that the planted trees will cover an area roughly twice the size of Prince Edward Island. It will also create 4,300 “good jobs,” he said.

Prime Minister Justin Trudeau promised during the 2019 election campaign his government would plant two billion trees over a decade. The Liberals' pledge is on top of the roughly 600 million trees that are already planted each year in Canada.

As of November 2020, the program hadn’t yet been funded and no trees had been planted. During Monday’s announcement, O’Regan said the delay was the result of a complicated planning process and the COVID-19 pandemic.

He added, however, Ottawa gave small and medium-sized tree-planting businesses $30 million to help them through the health crisis, resulting in the planting of 600 million trees. O'Regan said the government-funded, two-billion tree-planting spree will begin in the spring.

O’Regan was asked by reporters how his government's tree-planting project and its net-zero emissions goal fit with its recent decision to award hundreds of millions of dollars to the province's oil and gas industry. The minister said the two projects fit "perfectly."

“With increased forest cover, you will see greater absorption, sequestration, capture of (carbon dioxide),” he said.

The Canadian government says it will spend $3.16 billion to plant two billion trees over the next ten years. #cdnpoli #GHG #ClimateChange

Later Monday, Conservative environment and climate change critic Dan Albas took to Twitter to criticize the Liberals' plan. He said because of the delay, the government has nine years left to meet the goal it set in 2019 and plant about 222 million trees a year.

Albas said Monday's commitment was little more than a "re-announcement of information and a statement full of vague talking points."