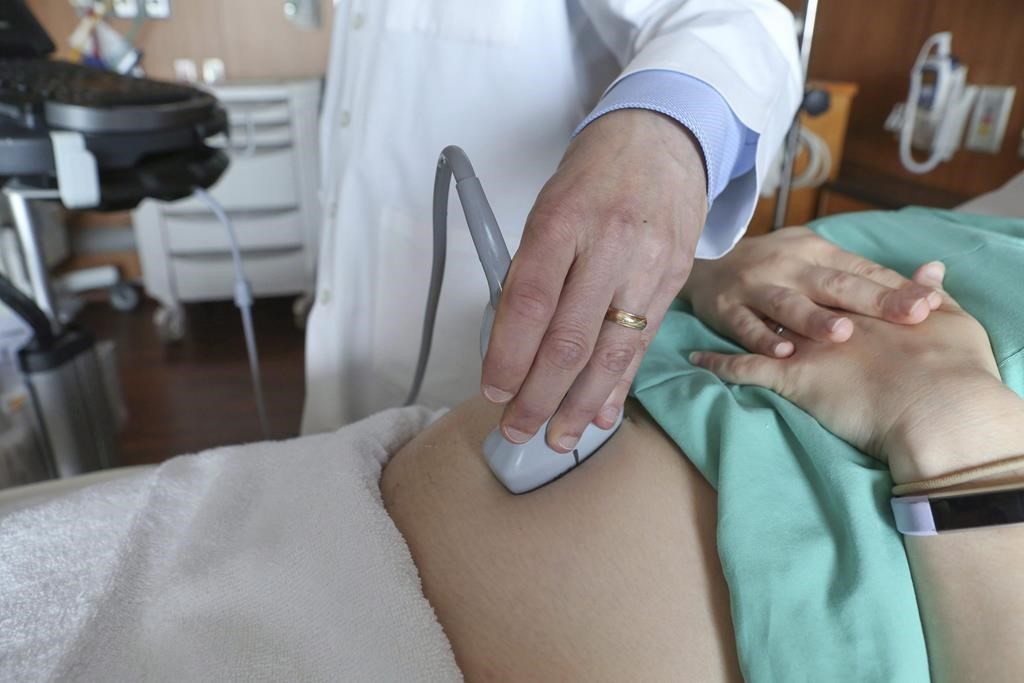 In this Aug. 7, 2018 photo, a doctor performs an ultrasound scan on a pregnant woman at a hospital in Chicago. File photo by The Associated Press/Teresa Crawford
Previous story
Next story

After months of shifting advice, Ontario has become the first Canadian province to prioritize pregnant women in a vaccine rollout plan, without special conditions. Health-care workers and specialists say the move is a win for pregnant women and for public health.

"I really think it's a great thing that they've taken this huge change in stance," said Dr. Courtney Westerlaken, a family doctor in Ottawa who is pregnant and was initially denied a vaccine because of her pregnancy.

Ontario's Health Minister Christine Elliott said her team has been learning a lot about the vaccines in a very short time. "Though it's not as strict as it was, they're still recommending that women who are pregnant ... should speak with their primary care physician or nurse practitioner before receiving the vaccine," she told reporters Monday.

Health authorities listed pregnancy as a factor putting someone at risk for hospitalization or death from COVID-19 as they released details of the province's vaccination plan Friday. That means pregnant women are now eligible for a vaccine during the second phase of the province's rollout.

Saskatchewan includes pregnant women with significant heart disease in the second phase of its provincial vaccination plan. Other provinces leave pregnancy out of their plans, issuing separate advice that pregnant people should consult their doctors about the vaccine. Quebec's plan lumps pregnant women with children, saying their eligibility will be "determined based on future studies on vaccine safety."

Dr. Heather Watson, an obstetrics and gynecology fellow at the University of Manitoba, said Ontario has done the right thing. "We know that COVID, when it's severe in pregnancy, our research shows that the risk for (intensive care unit) admission is about three times that of a non-pregnant individual," she said in an interview Sunday. "We know that vaccines, historically, work just as effectively in pregnancy as they do outside of pregnancy."

She said other provinces are coming around and doing their best to include pregnancy in their discussions about vaccine access.

Watson is one of eight collaborators on the Society of Obstetricians and Gynaecologists of Canada's recommendations to doctors on vaccinating pregnant women, which was released Dec. 18 and reaffirmed March 5. They say the risks of COVID-19 to pregnant women outweighs the theoretical risks of the vaccine.

"Women should not be precluded from vaccination based on pregnancy status or breastfeeding," their recommendation says.

That's exactly what was happening, Westerlaken said. In January, she was told she was a priority for the vaccine because she works at a COVID-19 assessment centre. When she indicated on a form that she was pregnant, she was told she was excluded, "which I was not very happy about," she said in an interview Monday.

Other front line health-care workers lied on the form if they were early enough in their pregnancy that it wasn't obvious, just so they could get the vaccine, she said.

Westerlaken said that by the time her turn for a shot rolled around, authorities had changed their stance and she received her first dose about three weeks ago.

Dr. Constance Nasello, president of the Ontario Society of Obstetricians and Gynaecologists, said the approach has changed because the evidence has changed. Pregnant people were excluded from initial trials of the Pfizer-BioNTech and Moderna vaccines, as is common practice, she said. But as the trials wore on, 36 people wound up reporting pregnancies, and they've been followed ever since.

Her organization has been advocating that pregnant women be offered a vaccine for months, and she said she's "very happy" to see Ontario change course.