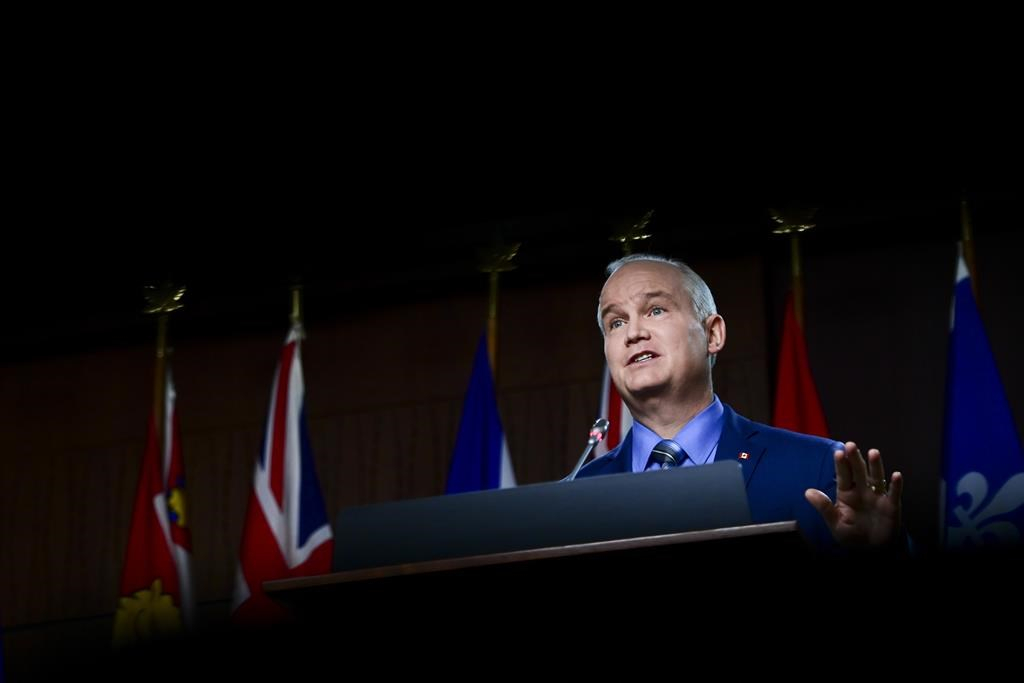 Patrick Johnston has been having flashbacks about his own unhappy experience in federal politics as he watches attempts by anti-abortion groups to influence the outcome of next week's Conservative convention.

Way back in 1988, Johnston was a star candidate for the Liberals, hand-picked by then-leader John Turner to run in the Toronto riding of Scarborough West.

But Johnston lost the nomination to an anti-abortion candidate, Tom Wappel, who benefited from the organizational muscle provided by anti-abortion advocacy group Campaign Life Coalition.

"We know that they signed up people who weren't Liberals and that's essentially how they and Wappel won that riding," Johnston said in an interview.

Wappel went on to win the riding for the Liberals in the 1988 election. Just seven months later, the rookie MP became the first to announce his candidacy for the party's leadership after Turner said he would resign, again backed by Campaign Life and a small fringe group within the party who labelled themselves Liberals for Life.

He wound up coming in a distant fourth in the 1990 leadership race, won decisively on the first ballot by Jean Chrétien.

But Liberals for Life recruited new anti-abortion party members in sufficient numbers to wrest control of a number of moribund Liberal riding associations in Toronto and elsewhere. They were intent on nominating more anti-abortion candidates and electing delegates to influence policy at the Liberal convention in 1992, at a time when the party had not yet taken an official stance on abortion.

All of that history has been on Johnston's mind as he watches the current machinations by rookie MP Derek Sloan and anti-abortion groups to influence a Conservative policy convention next week.

"It did bring back some memories," said Johnston, who now lives in Sloan's eastern Ontario riding of Hastings-Lennox and Addington.

Sloan was little known in the Conservative party when he became an MP in 2019 and a few months later decided to run for the leadership. He and candidate Leslyn Lewis were both committed to advancing positions favourable to Campaign Life Coalition and similar groups, and those organizations mobilized support for their campaigns.

In the first round of voting, Sloan and Lewis combined had more support than either of the two front-runners, Erin O'Toole and Peter MacKay.

During the race, O'Toole had also courted social conservatives, promising he was a "true blue" Tory, unlike the more progressive MacKay. Even if he wasn't their first or second choice, he told them, ranking him third would mean he'd beat MacKay and their views would have an ear.

O'Toole won on the third ballot, after Sloan and Lewis dropped off.

Sloan finished fourth and his extreme views put him on the outs with many in his caucus during the contest and after. He was eventually expelled by O'Toole and a majority of his fellow MPs, infuriating the social conservative grassroots O'Toole had courted.

Sloan pledged to fight back by mustering enough of them to dominate the convention, and together with organized anti-abortion groups claims to have registered more than 1,000 delegates for next week's event, their efforts so robust that they managed to snatch spots away from senior party officials.

Their biggest goal: deleting the existing Conservative policy that states a Tory-led government would never regulate abortion. But they're also aiming to elect a slate to the party's national council.

At the Liberals' 1992 convention, Chrétien announced that Liberals against abortion were welcome but the party had to draw a firm line against what he described as single-issue anti-abortionists who were trying to hijack the party.

Largely on the strength of that argument, delegates to the convention voted overwhelmingly to give the leader the power to appoint candidates in some ridings, bypassing the democratic nomination process.

Even most anti-abortion members of the Liberal caucus ended up supporting the appointment power because it was framed as "a question on the autonomy of the Liberal party and people coming in to take over the party who are one-issue, right-wing interlopers, basically," recalls former Liberal MP Mary Clancy, who, along with Brian Tobin, was tasked by Chrétien with keeping the Liberals for Life in check.

Clancy and Tobin also ensured that anti-abortion resolutions never made it out of policy workshops to the convention floor.

The Conservative convention this year is virtual, with policy workshops replaced by an advance online voting process on ideas submitted by riding associations. Only the top 30 will make it to the virtual floor, an approach that Campaign Life Coalition alleged in an email late last week was deliberate.

"Why only 30?" they wrote to supporters.

"Because they guessed, quite accurately it seems, that most of the so-con policies would fall into the 31st to 100th place rank, while the top 30 would likely be the uncontroversial, 'plain Jane' type of conservative policies that the leader wants."

O'Toole brushed aside questions this week on whether he'd seek to directly address that faction of his party at the convention, saying the Conservative party is a grassroots, "big tent" organization.

Chrétien used the new power he gained in 1992 to appoint 14 candidates for the 1993 election, some, though not all, in ridings that had been taken over by Liberals for Life — among them Etobicoke-Lakeshore, where Jean Augustine was appointed and went on to become Canada's first Black female MP and cabinet minister.

Eddie Goldenberg, one of Chrétien's top advisers throughout his decades in politics, said Chrétien's appointments put an end to the Liberals for Life "pretty quickly."

"It precluded those groups from organizing because there was no point," he said.

The Conservatives hold fast to their policy of open nominations, with a party committee in charge of vetting. Gaining greater influence on those committees is one of the current goals of the anti-abortion movement.

The Liberal party has since evolved into an officially pro-choice party. Under Prime Minister Justin Trudeau's leadership, no newcomer is allowed to run for a Liberal nomination if they don't first promise to support the pro-choice position in any vote.

Johnston wonders whether that would have happened had Chrétien not nipped the Liberals for Life in the bud.

"If they had not done that, it's possible that the Liberal party could have been in the same position (as Conservatives now)," he said.

Unlike O'Toole, Chrétien won the Liberal leadership without having to rely on support from a socially conservative wing of the party. That gave him more freedom to root out the Liberals for Life a few years later.

But even if O'Toole were so inclined, Johnston thinks it's too late for the Conservatives to try that now.

"It's the sort of thing that probably the Conservatives should have done a number of years ago ... My sense is (social conservatives') tentacles are so deep in the Conservative party that it would be very, very difficult to root them out now."