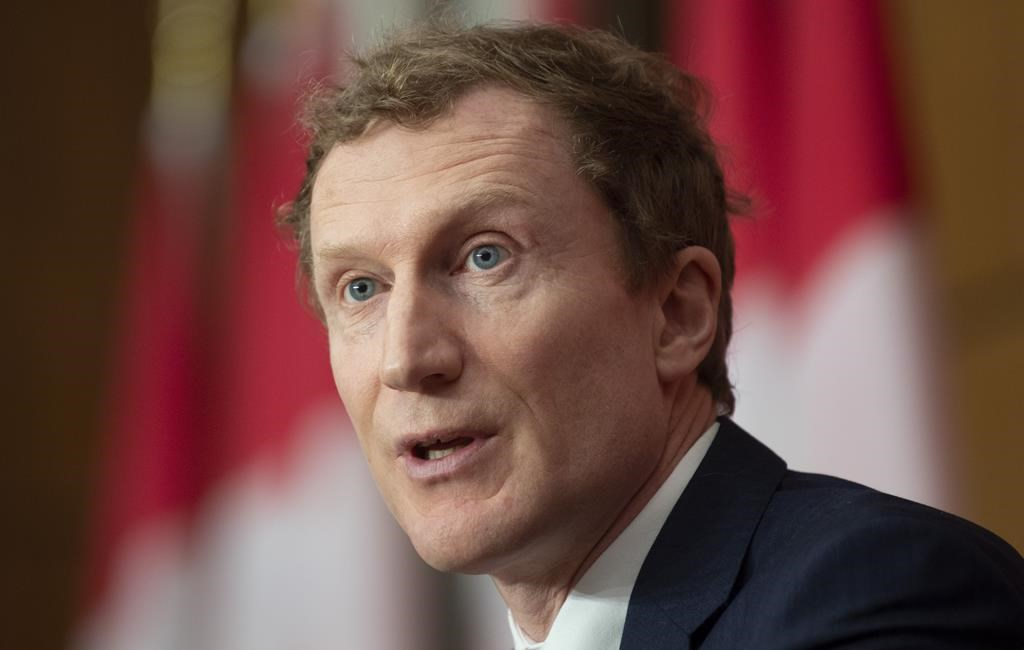 OTTAWA — Indigenous Services Canada won't set a deadline for lifting all remaining long-term drinking-water advisories in First Nations communities, but it will create a website to provide estimated completion dates for each one that remains.

"Our commitment to lift all long-term drinking-water advisories on public systems on reserve remains firm," Miller said Wednesday at a news conference in Ottawa.

"I don't underestimate the amount of work to be done, particularly in the face of a global pandemic, but we're ready to work through this."

Department officials said public health measures, contractor and human-resource shortages as well as supply-chain interruptions caused by the COVID-19 pandemic make it too difficult to figure out a firm timeline for getting everything done.

"We've lost, in effect, a construction season, but it isn't an excuse," Miller said.

Prime Minister Justin Trudeau promised in 2015 to lift all drinking-water advisories by this March. In December, Miller announced that deadline would be missed.

Over 100 long-term drinking-water advisories have been lifted since 2015, but there are still 38 First Nations communities where the water isn't considered safe to drink.

Department officials told a technical briefing Wednesday that they are aiming to take full advantage of the spring and summer construction period to make up for the delays.

Over 100 long-term drinking-water advisories have been lifted since 2015, but there are still 38 First Nations communities where the water isn't considered safe to drink. #cdnpoli #BrokenPromises

The national chief of the Assembly of First Nations said considerable progress has been made to end drinking-water advisories since 2015 but the government should work to lift all remaining advisories.

"I continue to urge the federal government to work together with First Nations to implement long-term solutions within realistic timelines that will provide water certainty for our children and families,” Perry Bellegarde said in a statement.

The federal government is also launching a new website to track progress on lifting the remaining advisories, which Miller called an "effort in transparency."

"Now people can look on the website and see the detailed planning involved," he said.

"People can see that. They don't need to trust my words."

"It’s not going to help at all. It’s going to do nothing," Singh told a virtual press conference Wednesday.

“In the year 2021, in one of the G7 nations with an economy as large as ours and the resources that we have, there is no excuse that the Liberal government hasn’t fixed this problem.”

Singh called for a new deadline for all long-term drinking water advisories to be lifted.

“People deserve clean drinking water at a minimum. There is no excuse for this not to happen," he said.

"What Indigenous communities want to see is a real commitment to clean drinking water, not broken promises, not fake words.”

The federal auditor general Karen Hogan said in a report released last month the government did not provide the support needed to ensure First Nations communities have access to safe drinking water.

She also noted the government has not created a regulatory regime for managing drinking water in First Nations communities.

The report concludes that 100 long-term advisories were lifted between 2015 and 2020 but 60 remained in effect as of Nov. 1, 2020, and almost half of those have been in place for more than a decade.

Miller said some First Nations including Shoal Lake and the Mohawks of the Bay of Quinte chose to maintain drinking water advisories until they finish the construction of long-term projects.

"This is a choice that I respect to maintain the long-term water advisories until such time as those long-term projects are completed," he said.

Miller said there had been massive underinvestment in Indigenous communities by previous governments when the Liberals came to power in 2015.

He said there was no plan to get rid of the 105 long-term drinking water advisories that were in place five years ago.

Miller said that, among other things, has caused a lack of trust in the government among many Indigenous people, noting that the new website will guarantee more openness for First Nations people, so they can see the work the government is doing in their communities.

"You may say that a website alone doesn't do that, but it does start to build the confidence because people get to see what I'm seeing, what my department see. They also get to see, perhaps, some of the challenges and pitfalls."

— With files from Christopher Reynolds

The Liberals have broken a

The Liberals have broken a lot of promises, including very important ones, and have performed badly on a lot of important files (climate change, proportional representation, pharmacare . . . ). But I have to say that on this issue, while there's miles to go and improvements to be made, I can't convincingly dump too hard on a government that has done ten times more than any previous government ever did.