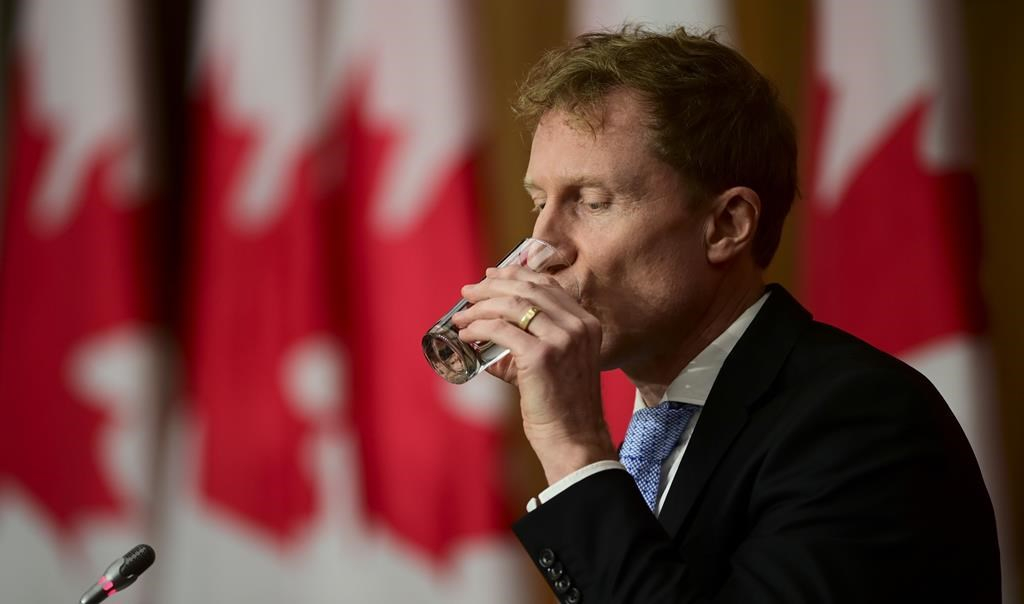 OTTAWA — The federal government says it will not meet a marquee pledge by Prime Minister Justin Trudeau to lift all boil-water advisories in First Nations communities by March 2021.

Indigenous Services Canada says at least 22 long-term water advisories in 10 First Nations communities will remain in place beyond that deadline, which was set following an ambitious 2015 Liberal election promise to lift them all within five years.

"What communities want is not an Ottawa-imposed deadline," Indigenous Services Minister Marc Miller said Wednesday during a news conference in Ottawa.

"It’s a long-term commitment to access to clean water."

The COVID-19 pandemic has thrown a wrench into efforts to upgrade water systems and carry out on-site training, with supply chains snarled and construction put off as some reserves opted to restrict travel, the department said at an earlier briefing.

"COVID has really changed everything," Miller said. “Because of COVID, many projects lost a full construction season."

He called the continued lack of access to clean water in scores of First Nations communities "totally unacceptable," but did not set a second deadline.

The complexity of projects, which can include infrastructure overhauls and depend on increasingly unreliable winter roads, have added to the delay, he said. It has also been a challenge to hire and retain operators for water and wastewater treatment plants on remote sites.

Miller, who has held the Indigenous Services portfolio since November 2019, sought to shield Trudeau from blame for the failed goal.

Indigenous Services Minister Marc Miller called the continued lack of access to clean water in scores of First Nations communities "totally unacceptable," but did not set a second deadline. #cdnpoli

The department says 97 boil-water advisories have been lifted since 2016, while 59 remain in place in 41 communities as the problem of unreliable drinking water persists.

In late October, about 250 residents of Neskantaga First Nation in northern Ontario, which has had a boil-water advisory in place for 25 years, were evacuated from their homes following the discovery of an oily sheen in its reservoir.

Opposition parties slammed the federal government for falling short of its goal.

In a statement, Vidal called the crisis a "national embarrassment."

Vidal called for a more commercially driven approach that draws on the "brightest business minds and entrepreneurs" to get taps flowing safely.

"Imagine Minister Miller going to his riding in Montreal: ’I apologize, but we missed our deadline to get you clean drinking water.’ Would he ever think it was appropriate?" Singh asked at a news conference.

“This is not a broken promise. This is a betrayal of trust, and it sends a message that Indigenous people don’t matter."

In its fall economic statement Monday, the Liberal government pledged to invest $1.5 billion this year to work toward lifting all long-term drinking water advisories in Indigenous communities, on top of $2.1 billion already committed since 2016.

This report by The Canadian Press was first published Dec. 2, 2020.