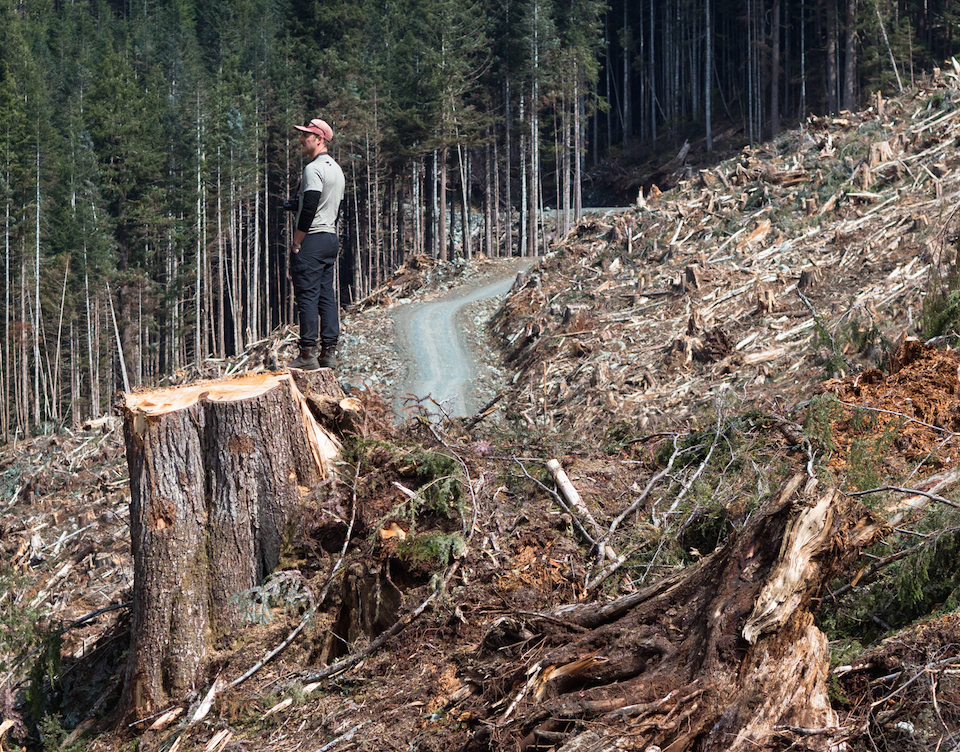 Environmental groups and the BC Green Party say the province's failure to defer old-growth logging will exhaust the last remaining stands while a new forestry plan is developed. Photo by Louis Bockner
Previous story
Next story

B.C.’s forestry minister made clear a moratorium on old-growth logging is off the table as she responded to critics of the government’s progress on a promise to overhaul its approach to forestry on Thursday.

BC Green Party Leader Sonia Furstenau pressed Minister Katrine Conroy during question period to outline what meaningful actions government was taking to immediately protect critical old-growth forests, suggesting instead that the NDP was employing the “old strategy of talk and log.”

The questions arose after a coalition of environmental groups issued the province failing grades six months after it promised to act on recommendations stemming from a review of B.C.’s old-growth forestry practices.

Government intends to implement the old-growth panel recommendations to develop new holistic approaches to old-growth forests, Conroy said, adding a divisive, patchwork approach to the management of ancient forests took place in the past.

“We want old-growth forests to be appreciated by people today, and in years to come,” Conroy said.

“It's also a priority for our government to support good jobs for people in B.C.’s forestry sector.”

The old-growth panel’s recommendations did not call for a complete moratorium on old-growth logging, but rather a deferral of operations within the first six months of the staged process to shift to a new approach to forestry, Furstenau clarified.

“The government has not responded to the advice that was given,” she said.

"When the minister says, ‘We can’t rush this,’ it’s like hearing we can’t rush CPR when someone needs it," says Torrance Coste of the Wilderness Committee on the urgent need for the government to defer logging in B.C.'s #oldgrowth forests. #bcpoli

“The first step is the immediate interim protection across B.C. to create breathing room and protect what we have left.”

Government has already initiated two of the immediate recommendations, Conroy said, pointing to the collaboration with First Nations to establish old-growth logging deferrals in nine areas across the province.

Action has also started on other recommendations to improve public information and compliance, Conroy said.

“While we’ve taken these important first steps as recommended by the panel within six months, we know there is much more work to do,” Conroy said.

“We are dedicated to continuing in this important work with government-to-government discussions with Indigenous leaders, and talking to our partners in labour, industry, environmental organizations and communities.”

Torrance Coste, a campaigner with the Wilderness Committee — one of the trio of environmental groups that issued the negative report card on the province’s progress around the panel’s recommendations — agreed it was a critical priority for government to engage with First Nations to make the focus shift from timber harvesting to prioritizing ecological integrity in old-growth forestry management.

However, during that lengthy consultation process, it is urgent to protect what little remains of B.C.’s big-tree, old-growth forest ecosystems, Coste said.

“Absolutely, government needs to engage with First Nations. These forests grow in their territories and any solution needs to be centred in Indigenous rights,” Coste said.

“But if 10 years down the road, First Nations want to make the choice to either log their old-growth or protect it, they won’t have that choice if government doesn’t implement those deferrals now.”

The Wilderness Committee, along with the Ancient Forest Alliance and the Sierra Club BC, wants the province to meet the old-growth panel’s recommendations to develop a staged plan for its forestry transition, complete with concrete milestones and funding for the process, particularly for First Nations where logging deferral will cause economic hardship.

The Ministry of Forests, Lands and Natural Resource Operations (FLNRO) did not clarify if any more logging deferrals are planned — as promised by the NDP during the election — or whether concrete funds or timelines for the transition are being established.

“The economic impacts of its recommendations need to be analyzed,” FLNRO said in an email Friday.

The panel’s timeline for recommendations indicated when work should be started — not completed — and the timeline was developed prior to the pandemic, the ministry added.

“COVID-19 is impacting every community and (First) Nation in the province, presenting added challenges to the engagement process,” FLNRO said.

“That said, we are moving forward with this engagement process, but it will take time.”

Coste disputed there is any time left to avoid old-growth deferrals, particularly for the most at-risk, valley bottom old-growth, as it’s more easily accessible, worth more, and being targeted by logging companies.

There is only around 400,000 hectares of big-tree old-growth left in the province, he said.

“What you picture when you close your eyes and think of old-growth forest, that’s very, very scarce,” Coste said.

“You might think it’ll get protected because that’s what the panel recommended.

“But, when the minister says, ‘We can’t rush this,’ it’s like hearing we can’t rush CPR when someone needs it.”

[Editor's Note: This story was updated Monday morning to correct a figure in this story that stated there were 200,000 hectares of old growth in B.C. when it should read there are 400,000 hectares.]

For the past ten years, BC

For the past ten years, BC taxpayers have subsidized forest companies (logging publicly-owned forests) by $365 million per year (Forestry doesn't pay the bills, folks, David Broadland, July 1 2020, In Focus
https://www.focusonvictoria.ca/issue-analysis/35/ ).

As a result of decades of mechanization, corporate self-regulation and raw log exports, we’ve lost 52% of our forestry jobs – and continue to lose six jobs daily - despite logging millions of hectares of iconic and irreplaceable Old Growth.

BC needs equitable, nature-based and resilient community-first forestry management to provide more jobs with value added manufacturing, an end to most log exports and a Just Transition for affected forestry workers. Premier Horgan has been promising forestry reforms since 2017, but continues to authorize logging in the remnant Old Growth ecosystems.

Old Growth tree viewing is becoming a world-famous tourist draw providing constant revenue to communities rather than a one-time stumpage fee. Scientists warn that we need an immediate moratorium on Old Growth logging to protect BC’s biodiversity and slow global warming with its catastrophic economic and environmental costs, including increasingly intense wildfires, droughts and floods. The cost of public subsidies and the loss of the economic benefits of Old Growth is never discussed in these misleading statements about job losses. If we logged every Old Growth tree left in B.C. and opened up the parks and let them log all those trees, we would still be losing jobs, Old Growth is worth more left standing, and given what little is left, we need a vision for protection and not the same old tired and misleading mantras.

If local towns or regional

If local towns or regional districts had control over the active forestry in their regions, I believe there would be permanent employment, even as forest management policy shifts to accommodate 21st Century practices and climate responses, such as maintaining a permanent canopy cover, majority selection logging and thinning, promoting value-added enterprises like mass timber products, using more wood in city buildings and so on.

Forestry should be run as a municipal department under strict sustainability rules and with permanent, unionized workers. Eliminating large clearcutting contracts to private loggers (boom & bust) would collapse in favour of smaller cutting permits and contracts for year-round selective thinning at a lower annual allowable cut (permanent mid-range employment). And, of course, old growth would be protected along with expanding conservation areas by such means as extending the top-of-bank no-disturbance riparian setbacks in watersheds.