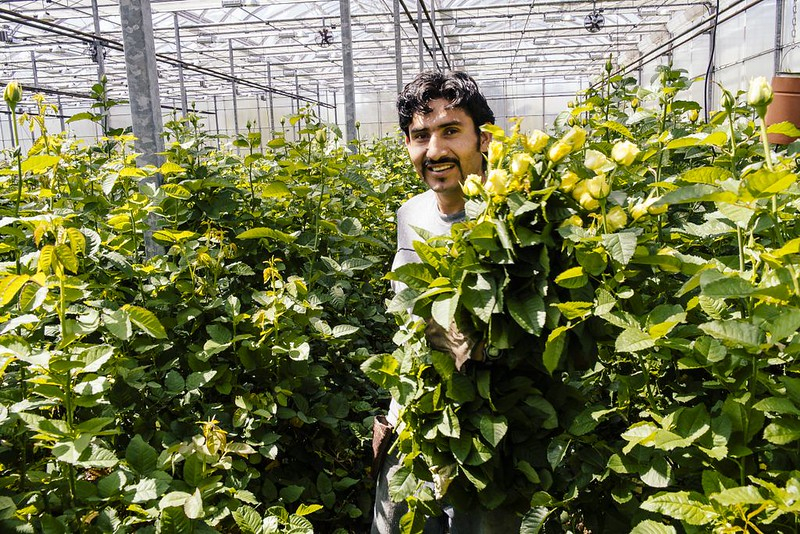 Temporary foreign workers will have their isolation costs covered by the province for the next season. Photo courtesy of the Province of British Columbia / Flickr (CC BY-NC-ND 2.0)
Previous story

With safe housing one of main concerns for temporary foreign workers coming to British Columbia, the provincial government’s extension of its COVID-19 quarantine program is a step in the right direction, says the Mexican Consulate.

The 2021 growing season is starting and Berenice Diaz Ceballos, Mexico’s consul general in Vancouver, says it’s important that workers have a safe place to isolate once coming to Canada. Many of B.C.’s temporary foreign workers are from Mexico, as well as Honduras and Guatemala.

The program, which started last year, will fund hotel, food costs, laundry, and other supports. So far, the province has spent $17 million on almost 5,000 workers who arrived in the province between April 13 and Dec. 31, 2020. Sixty-four cases of COVID-19 were detected among those workers, all of whom recovered during the mandatory quarantine.

It may sound like a lot of money, says Ceballos, but it’s small relative to the industry they contribute to.

“Obviously, having the workers in hotels is costly ... but if you compare it to agriculture (being) a multimillion-dollar industry, it’s really a very small part of it,” she said.

Temporary foreign workers are required to follow the mandatory 14-day quarantine rules. They’re also have to get a negative COVID-19 test before entering the country, a move that has received criticism from some advocates and workers, who say getting tested on arrival to Canada would make more sense and save workers from potentially having to pay up to $300 for a test.

Part of the picture, says Ceballos, is workers also being vaccinated for COVID-19. It’s her hope a plan will be made soon to include workers in the province’s vaccine rollout.

Employment and Social Development Canada press secretary Marielle Hossack said it has been recommended that temporary foreign workers be on the list.

“Our government did ask an independent body, the National Advisory Council on Immunization ... to give recommendations on who should be prioritized for the vaccine,” said Hossack.

“Extending our quarantine program will provide peace of mind to workers, employers and communities that we are doing everything possible to prevent the spread of COVID-19,” says Agriculture Minister Lana Popham. #BCpoli #COVID19

“Racialized groups and essential workers that have been hit hard by COVID are a group that should be prioritized, according to these experts.”

It’s all part of a larger picture of how the government treats workers, says Ceballos, who has held her position since 2016. She says it’s interesting to think about how the 14-day quarantine program fits into a move towards better housing conditions in general for workers.

In tandem with the quarantine program, the government has started doing inspections of on-farm housing before workers arrive. Ceballos, who has been advocating for that change for the past four years, says it’s a solid move.

“Extending our quarantine program will provide peace of mind to workers, employers and communities that we are doing everything possible to prevent the spread of COVID-19,” she said.

“I know some of these workers leave their homes to come to B.C. year after year, many returning to the same farms where they have developed close relationships, and we are grateful for their help in growing and harvesting food for British Columbians.”

Ceballos and the consulate will continue to be in contact with workers arriving in Canada about their needs. It’s a hope shared by both the workers she has heard from and the consulate that the supports are here to stay.

“I don't know if this program will remain for the next year, the next season or not,” she said.

“But the issue that I have always insisted is that we cannot be taking temporary measures or last-minute measures, this has to be solved from the bottom.”

$17,000,000
"It sounds like a lot of money."
No kidding. That's $35,000 per worker, or more than the median annual income of Canadians. Why does it cost over 35 times (37.5 times) as much per day to house foreign workers during isolation as others during their 3-day hotel stays at their own expense.
Do they generate *so* much laundry, and have *such* big appetites? Even laying around all day?
I see there's an exemption from quarantine requirements for some workers, who are not involved in the transport of goods, essential or otherwise, across the border. In the very industries plagued with outbreaks. Say wot?
Out of curiosity, does anyone know how much those workers are paid? I couldn't get anything better than $12-$24/hr., and couldn't find if those earnings are subject to income tax, etc. Those monies aren't for the most part spent here, they're supporting families "back home." But more importantly, any number of abusive employers.
While our food costs climb anyway.
And yes, they did catch 64 cases of infection. That's $265,625 per case. In 14 days.
Someone please tell me that sounds very pricey to them, too. In some towns, you can buy a condo for that amount. In others, a 3 BR ranch-style home. People who live in such places will probably have a much deeper visceral reaction than I did.

Sounds expensive. Maybe to some people. To me, it sounds outrageous.

(I expect Conservatives would just have given the $$ to the employers, and let them do what they wanted to with it. Or let the smaller farmers go belly up, so they could be taken over by a conglomerate.)