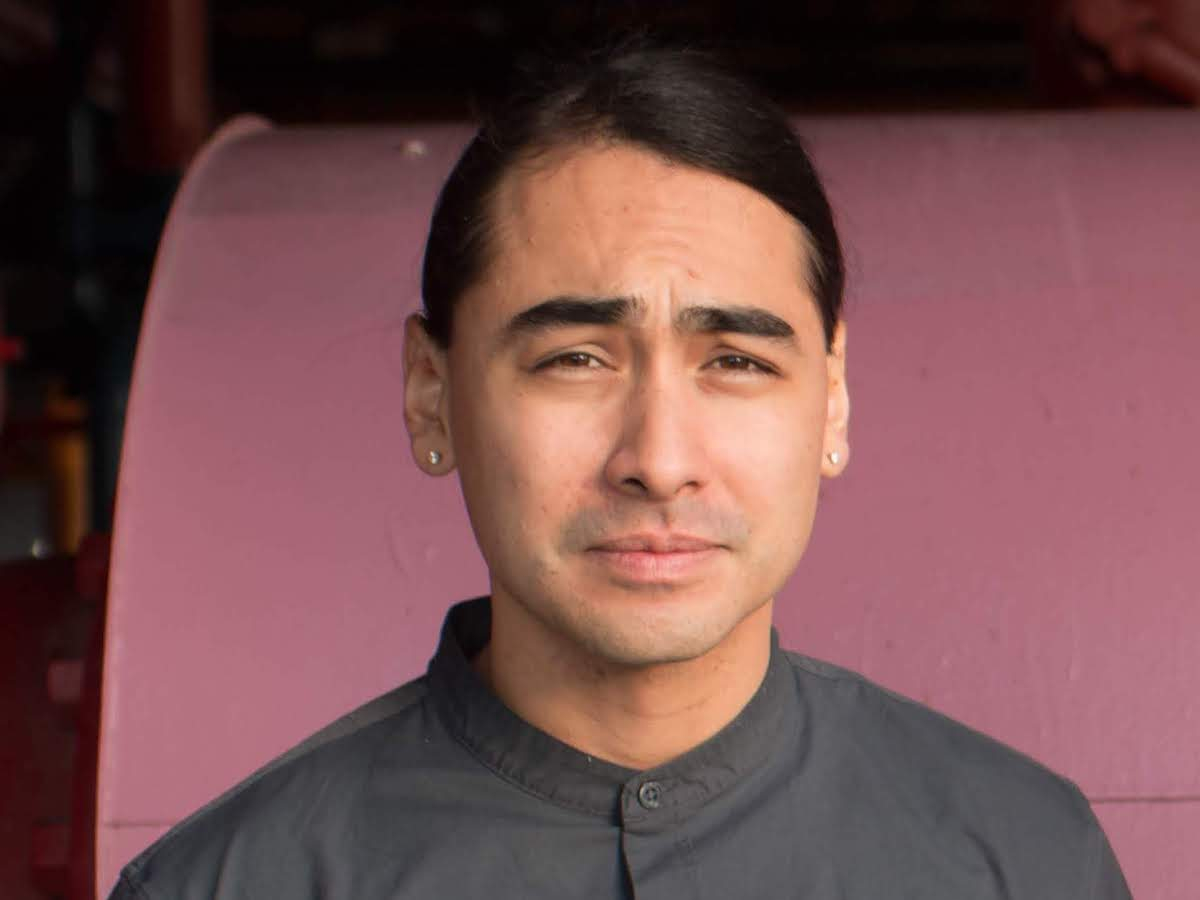 Over the last four years, the Democratic Party in the U.S. has undergone an existential reckoning. Warring factions have splintered the party in what would often seem like irreparable division. But as Tsq'escen writer and campaigner Julian Brave NoiseCat explained during a Conversations event Thursday evening, climate justice was the glue that brought the party back together to avoid four more years of Donald Trump.

NoiseCat, vice-president of progressive think tank Data For Progress, said his organization’s research showed Joe Biden pulling ahead, so the party reached out to his staff to strategize. “Our natural allies would be people like Bernie Sanders and Elizabeth Warren, but we recognized that the party was going to have to figure out a way to reconcile and unite behind Biden, and our view was that climate was one of the best ways to do that,” explained NoiseCat.

Via these consultations, the Biden campaign engaged with youth and progressive climate justice groups like the Sunrise Movement, and formed a unity task force with the Bernie Sanders teams to focus on climate, said NoiseCat. He said Biden’s team demonstrated humility and willingness to listen, putting out a new climate platform after the engagements.

“It was a really successful story of the progressive and activist wing of the party asserting itself, but also to the credit of the president, the willingness of Biden and his team to listen,” said NoiseCat.

NoiseCat joined Conversations host and Canada’s National Observer founder and editor-in-chief Linda Solomon Wood for a discussion on grassroots political organizing as a means to an end for building power.

NoiseCat has become one of the United States’ most prolific Indigenous organizers and leaders, shaping conversation and policy on Indigenous rights and environmental issues. Still, when 2021 began, NoiseCat didn’t expect to be named to Time magazine’s list of 100 emerging leaders to watch around the world. It’s a development that he chuckles has put him in league with the starting point guard on his fantasy basketball team, Dallas Mavericks’ Luka Doncic.

“It was kind of a trip,” said NoiseCat.

NoiseCat was recognized on the list (and blurbed by 350.org founder Bill McKibben) for his work as a thinker, journalist, and organizer around the intersections of Indigenous sovereignty and the climate crisis. While his position now is solidified, NoiseCat explained that he didn’t initially intend to work on climate change. His trajectory was shaped thanks to coming of age during the decade that brought Idle No More and Indigenous resistance movements against pipelines including Keystone XL, Dakota Access, and Trans Mountain.

“Following the power and the oil up the supply chain, and thinking about what the impacts of those things are, eventually led me to an interest and focus on climate change,” said NoiseCat, tipping his hat back to McKibben’s work as influential.

“There will be a whole generation now of Native people who grow up seeing that the government can represent and have our interests in mind. And for many tribes and tribal people, that will be a first,” says Julian Brave NoiseCat. #USpoli

NoiseCat’s most recent high-profile project has involved pushing for New Mexico Rep. Deb Haaland for secretary of the interior, a campaign catapulted by NoiseCat’s profile of Haaland pitching the position. The movement looks to be inching closer to success, with four more Republicans signalling support for Haaland last week. If Haaland takes the office, she’ll be the first Native American woman in cabinet, and the second Native American in cabinet after Herbert Hoover’s vice-president Charles Curtis.

Unlike Curtis, who advocated for assimilation and restricted Native American sovereignty, Haaland has supported Indigenous resistance in the United States. “She went to the camps erected in the path of the Dakota Access pipeline in 2016 and cooked green chili stew and tortillas for the water protectors,” NoiseCat said. This record is why Republicans have balked at her nomination, while Native American communities have celebrated it.

NoiseCat hopes Haaland’s tenure at Interior would shift the department’s history — one marked by resource extraction interests, and under Trump decimated Indigenous rights and land protections — toward justice and equitable relations. “Her nomination and very soon her confirmation could well signal a turning point in the way that Interior is led and managed, as well as a turning point for the nation-to-nation relationship with tribes,” said NoiseCat.

“There will be a whole generation now of Native people who grow up seeing that the government can represent and have our interests in mind. And for many tribes and tribal people, that will be a first.”

Backing up the Haaland campaign was Data For Progress polling, which showed support for a Native American interior secretary. Organizers used that data to build a movement among the press, tribal leaders, environmentalists, progressives, and other politicians. NoiseCat called it a success in “inside-outside” strategy, or combining outside advocacy groups with institutional persuasion and pressure.

NoiseCat said this approach captured a lesson that was difficult to learn: In politics, compromise in the name of progress is necessary. “The reality of a democracy is that sometimes your priors are wrong, sometimes the positions that my ideological leanings lead me to take are maybe not actually the correct position, or more often are not the positions that a majority of decision-makers or the public will hold,” said NoiseCat.

He recalled growing up in Oakland, where the Black Panther Party was created in 1966 and had a front-row seat for the beginning of the Native rights movement via the occupation of Alcatraz in 1969. These movements’ ideologies were formative for NoiseCat, but he recognized that few Americans would hold the same convictions. The work of social and political movements, he said, is in part learning how to “do the addition” of groups of people from different ideological, racial, economic, and cultural backgrounds.

“I think it’s really important to grapple with that,” said NoiseCat. “Politics is fundamentally a game of addition.”

When he was younger, NoiseCat said he surrounded himself with peers who agreed with him on all his causes and policies, which he noted is important for folks from marginalized backgrounds looking to build power and feel seen in political projects. He emphasized that people should never move away from their values, but should also put together a “roadmap” for building a majority.