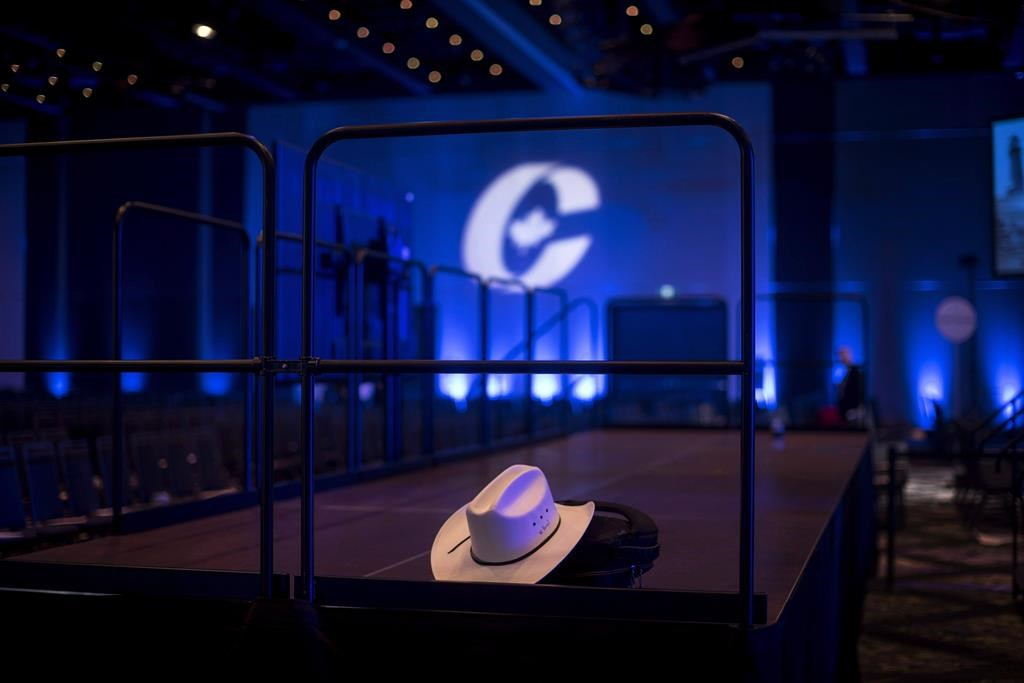 A cowboy hat is left inside an empty ballroom at the Conservative national convention in Halifax on Saturday, August 25, 2018. File photo by The Canadian Press/Darren Calabrese
Previous story
Next story

Card-carrying federal Conservatives are heading into Day 2 of a virtual convention aimed at getting the party ready for the next election.

But while they heard from officials on Thursday that the party's bank account is more than ready, there's less certainty around the readiness of the ideas the party will present to Canadians come campaign time.

The party's policy document under scrutiny Friday is supposed to help guide the election platform.

But, there has been grumbling from the grassroots in past years that it doesn't get used enough and there are efforts at this convention to tie the two more closely together.

Tory MP Tim Uppal, who acts as the liaison between elected MPs and the party membership, said he sees the policy document as source of ideas.

"I definitely see it as something that we take guidance from members on," he said.

Ideas up for debate Friday include a proposal the ethics commissioner be given greater power to punish MPs who break conflict-of-interest rules. It's an idea linked to one of the key narratives the Tories will advance against the Liberals -- that they are ethical scofflaws.

Members are also debating a call for better access to government information, new rules for how Canadians' personal information can be used, a commitment to clean drinking water for First Nations and support for the creation of protected areas in Canada's oceans.

Whether those make the cut come campaign platform time is unknown.

But other policy proposals are more likely to surface as they mirror pledges Erin O'Toole advanced during his successful campaign to lead the party last year, including a tougher stance on China and the creation of a "national energy corridor."

One policy proposal — to create a national standard for service dogs for veterans with PTSD — dates right back to an idea he advanced while veterans minister in the previous Conservative government.

Many convention attendees will be closely listening to what other ideas O'Toole brings forward in his speech to delegates later Friday.

The federal Liberals sought to set that up in a fundraising email to their members, claiming O'Toole was just going to rip a page from past Conservative playbooks.

"Erin O'Toole's Conservatives have been clear they would 'take Canada back' by weakening gun control and repealing Canada's assault-weapons ban, making pollution free again, and continuing a Harper-era approach that cuts taxes for the wealthiest one-percent while cutting vital services for everyone else," the letter read.

"What they haven't proposed is any plan to support Canadians, create new jobs, stand up for the middle class or ensure our economy comes roaring back."

This report by The Canadian Press was first published March 19, 2021.