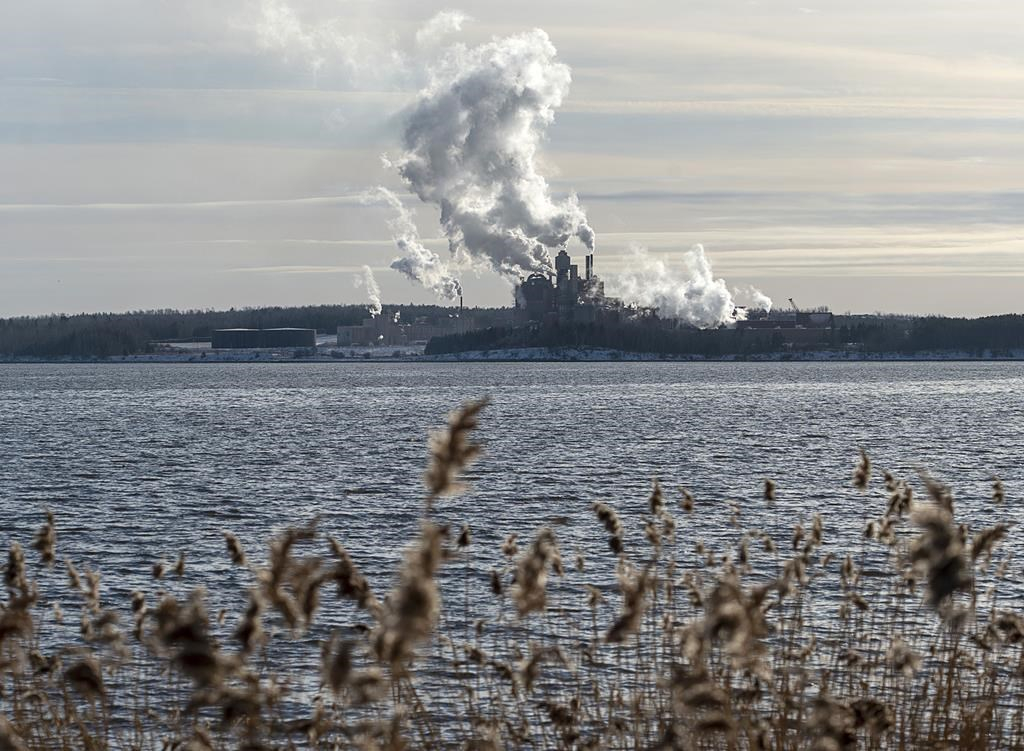 HALIFAX — Nova Scotia says it will spend $19 million to clean up sludge in Boat Harbour created by effluent from the Northern Pulp mill, after the company missed deadlines to submit a plan for its portion of the remediation.

The government said Tuesday the cleanup of the lagoon near the Mi'kmaq community in the northeastern part of the province is expected to start in 2022, following the completion of a federal environmental assessment.

Premier Iain Rankin told reporters the goal is to get the work done in a timely fashion. "The minister's order for the company to start its part of the cleanup process has not been followed," he said. "We need to make sure that it stays on track, and the timelines stay on track.

"Having one company go in and actually manage the whole cleanup was actually a consideration for us."

The Nova Scotia Lands Agency says Northern Pulp, a subsidiary of Paper Excellence, is considered to be responsible for dredging the top layer of sludge, which must be removed as part of a wider cleanup of the lagoon. Northern Pulp, however, hasn't met several provincial deadlines to submit a plan for cleaning up the waste.

The release says without an approved decommissioning plan, there is a risk the company's dredging would overlap with the province's $292-million Boat Harbour remediation project and cause further delays.

The Nova Scotia agency says the two parties can't dredge on the site at the same time and that the province can't continue to wait.

Northern Pulp said in a news release it welcomes a single-project plan to remove all of the sludge.

"During follow-up discussions (with the province), it was determined that the most effective way to achieve our common goal of remediating Boat Harbour is to have a single, unified approach, instead of two independent projects," it said in a release.

Asked whether the company would repay the $19 million to the province, company spokesman Sean Lewis said in an email, "The financial discussions will occur through the Companies' Creditors Arrangement Act." He was unavailable for further comment or clarification.

Nova Scotia says it will spend $19 million to clean up sludge in Boat Harbour created by effluent from the Northern Pulp mill, after the company missed deadlines to submit a plan for its portion of the remediation.

Last June, the subsidiary sought protection from its creditors through the legislation, as it explored options to restart the idled mill.

Asked about the repayment, Rankin replied, "As you know, we're in court."

Lloyd Hines, minister responsible for Nova Scotia Lands, says the goal is to return Boat Harbour to its original state as a tidal estuary, and that this is a commitment the province intends to keep to the nearby Pictou Landing First Nation.

According to the province, Northern Pulp was to develop a decommissioning plan with details regarding the removal and disposal of all solid waste located within the open ditches, settling basins and aeration basins by no later than Aug. 1, 2020.

The company was provided an extension to Feb. 28 this year, but the province says the firm has not yet submitted a complete plan.

Once cleaned up, Boat Harbour and the surrounding lands will be returned to the possession of Pictou Landing First Nation.

The decision by former premier Stephen McNeil to close the Northern Pulp mill's effluent treatment lagoon in Boat Harbour, announced on Dec. 20, 2019, was considered one of the Liberal government's most significant moves.

The mill closure cost 350 people their jobs and sent shock waves through the province's forestry industry. McNeil had said while a difficult choice, it was about keeping his government's word to the First Nation after what amounted to decades of environmental racism.