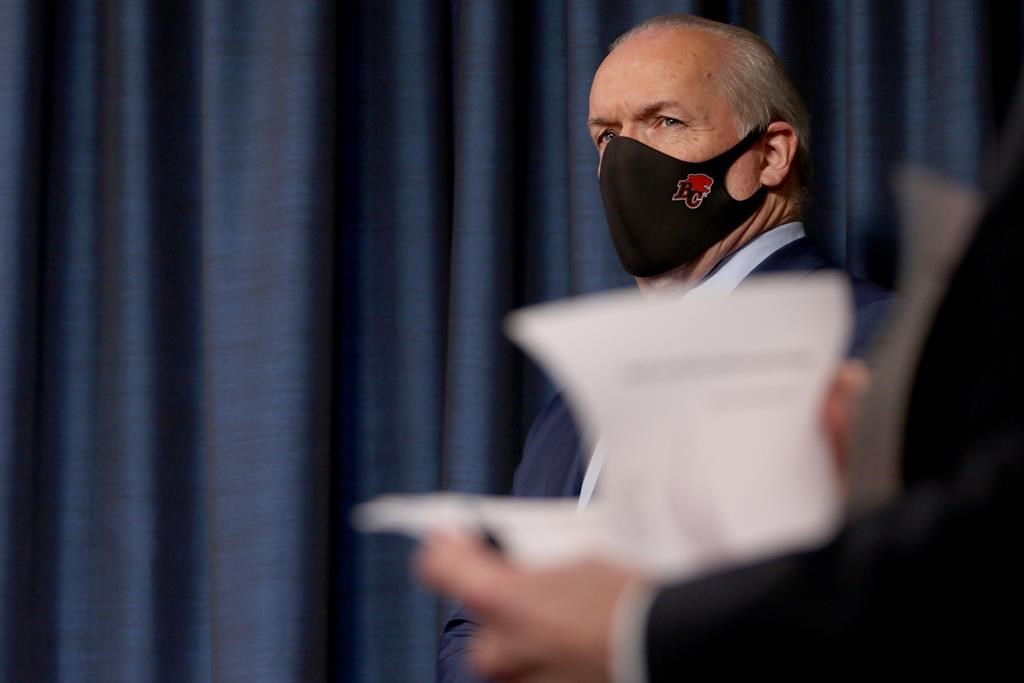 Premier John Horgan looks on during a COVID-19 press conference at the Legislature in Victoria, B.C., on Monday, March 1, 2021. File photo by The Canadian Press/Chad Hipolito
Previous story
Next story

A government release says they will be announcing new partnerships for the immunization plan.

Health officials announced yesterday that another 200,000 people who have serious medical conditions would be able to book a shot sooner than expected, starting on Monday.

Health Minister Adrian Dix says "tremendous progress" has been made in the age-based vaccine program, allowing the government to move those who are at increased health risk up in the queue.

People with various forms of cancer, transplant recipients, those with severe respiratory problems, kidney disease and other conditions will get a letter in the mail to take to their appointment.

The age-based schedule is also being accelerated with those age 76 and up able to book starting at noon today.

B.C. allows outdoor gatherings of up to 10 but indoor ban still applies