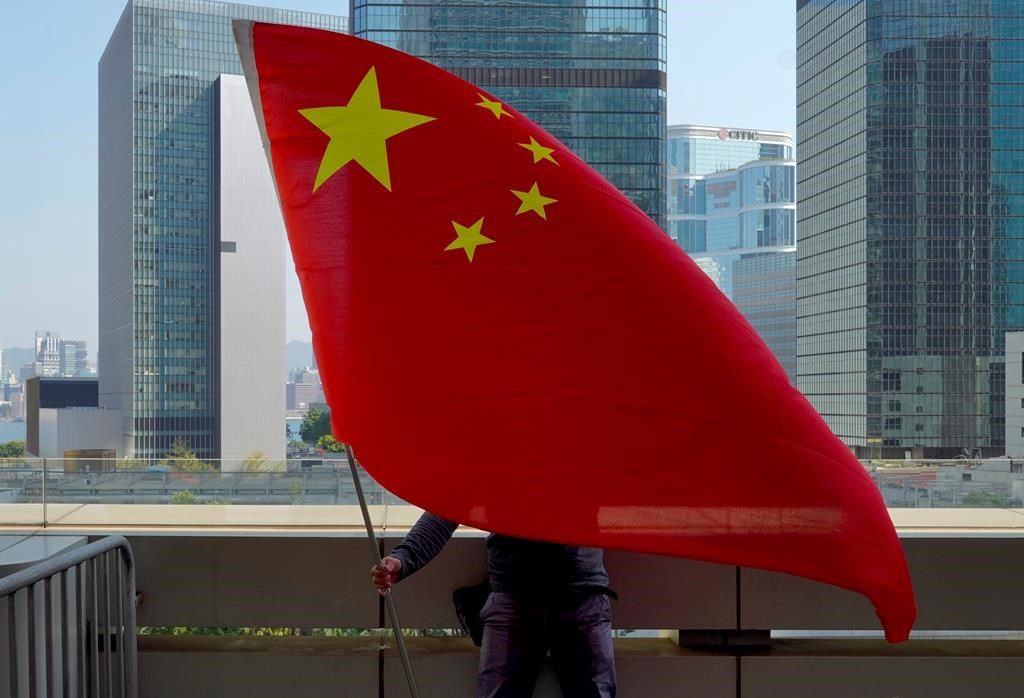 China lashed out Tuesday against Canada and other western countries, saying they have no right to criticize the regime's human-rights record, considering their own.

The criticism was part of the China's response to the sanctions against the regime this week over alleged human-rights violations against minority Muslims in Xinjiang region.

Canada, the U.S., U.K. and EU all issued sanctions against four Chinese officials and one entity Monday, a concerted effort designed to pressure China to put an end to what allies called "a systematic campaign of repression."

China moved swiftly to issue retaliatory sanctions against the EU, and a spokesman said diplomats from the other countries had been contacted to express the regime's displeasure.

"We urge them not to underestimate Chinese people's firm determination to defend national interests and dignity. It's a courtesy to reciprocate what we receive," foreign ministry spokesperson Hua Chunying said Tuesday during a press briefing in Beijing, according to a transcript.

"They will have to pay a price for their ignorance and arrogance."

A spokesperson for Global Affairs confirmed that Chinese officials requested meetings in Ottawa and Beijing.

"As we have said repeatedly, we are gravely concerned by the egregious human-rights violations against the Uyghurs and other ethnic minorities in Xinjiang," Christelle Chartrand said in an email.

"We have raised this issue directly with Chinese authorities on a number of occasions, both bilaterally and in multilateral forums and we will continue to do so at every possible opportunity."

In laying out China's argument Tuesday, Hua listed off a range of historical injustices western countries have carried out against minority populations, including Canada's residential school system among them.

#China lashed out against #Canada and other western countries, saying they have no right to criticize the regime's #HumanRights record. #FirstNations

The system saw Indigenous children removed from their families and placed in a largely government-funded, church-operated school system designed to assimilate them and where thousands suffered mental, sexual and physical abuse.

The Truth and Reconciliation Commission that investigated residential schools and their legacy concluded in 2015 that the system had constituted cultural genocide.

"It must be pointed out that these countries, who proclaim themselves to be 'judges' of human rights and are keen to lecture others, have an ignoble record on human rights," Hua said.

Chinese authorities are alleged to have arbitrarily detained more than one million Uyghurs and other ethnic minorities to subject them to political re-education, forced labour and torture, among other abuses.

Hua called those allegations based on lies and disinformation.

Last month, the House of Commons voted to declare the repression against Uyghurs a genocide, though the prime minister and most of his cabinet sat out the vote.

The motion had been led by the federal Conservatives. Opposition Leader Erin O'Toole was asked Tuesday whether he also agrees with those who say that in the past, the Canadian government carried out an act of genocide against Indigenous Peoples.

"The situation of residential schools in particular was horrific, and historically was a way to try and assimilate and to have a cultural genocide," O'Toole said.

Hua's remarks came hours after the Chinese and Russian foreign ministers denounced new waves of criticism and sanctions against both countries over human rights.

At a news conference in the southern Chinese city of Nanning, China's Wang Yi and Russia's Sergei Lavrov rejected outside critiques of their authoritarian political systems and said they were working to further global progress on issues from climate change to the coronavirus pandemic.

Russia is also under Western sanctions over human rights abuses and military aggression against Ukraine.

In a joint statement issued after the meeting, the two ministers said no country should seek to impose its form of democracy on others.

"Interference in a sovereign nation's internal affairs under the excuse of `advancing democracy' is unacceptable,'' the statement said.