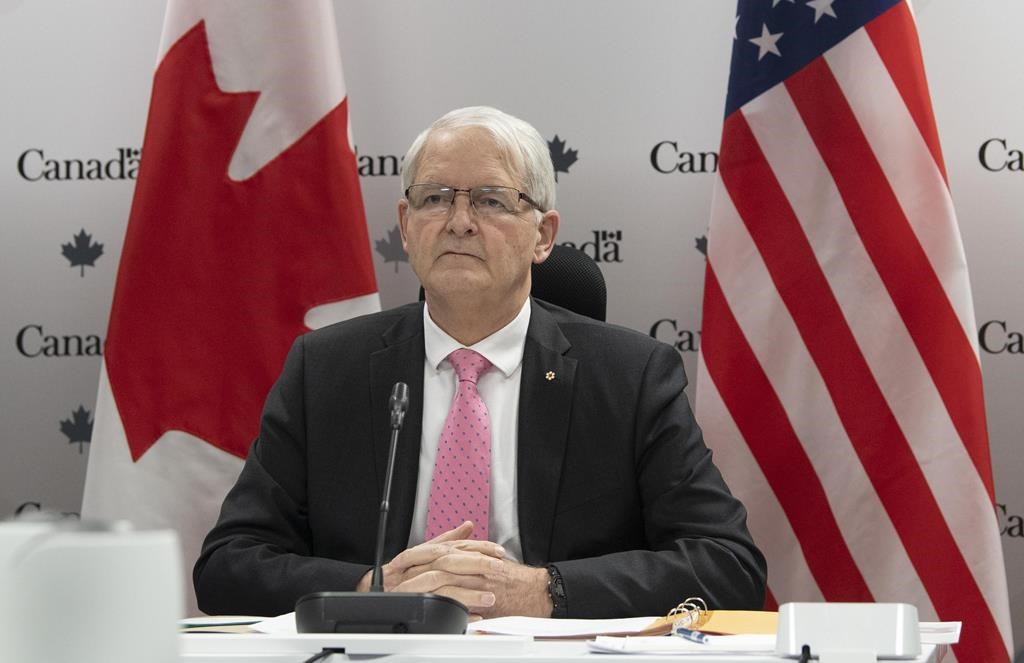 Canada, the United Kingdom, the United States and the European Union levelled sanctions against Chinese officials Monday over human rights violations against minority Muslims in that country.

"These measures reflect our grave concern with the gross and systematic human rights abuses taking place in the region," Prime Minister Justin Trudeau said at an unrelated event in Trois-Rivieres, Que.

"We will continue to work closely with our international partners to pursue accountability and transparency."

In a release announcing the sanctions, the Canadian government said mounting evidence points to state-led abuses by Chinese authorities against more than one million Uyghurs and other Muslim ethnic minorities on the basis of their religion and ethnicity.

Trudeau said the sanctions are not linked to the ongoing saga facing two Canadian men arbitrarily detained in China for over two years.

Both have now been tried, but the proceedings were closed and there has been no verdict, a move slammed not just by Canada but also its allies.

There had been pressure on the Liberal government to levy sanctions against China in that matter as well.

The sanctions with regards to the Uyghurs come after weeks of pressure in Canada for the government to take stronger action in response to the alleged atrocities in China, which that regime denies are taking place.

The House of Commons voted last month to declare those atrocities a genocide, though the prime minister and all but one of his cabinet did not take part in the vote.

A spokesman for China's foreign ministry said the EU's move was based on "nothing but lies and disinformation" and interferes with China's internal affairs.

#Canada, the #UnitedKingdom, the #UnitedStates and the #EuropeanUnion levelled sanctions against Chinese officials over #HumanRights violations against minority Uyghur Muslims. #China #CDNPoli

"The Chinese side urges the EU side to reflect on itself, face squarely the severity of its mistake and redress it," the spokesman said in a statement published online.

"It must stop lecturing others on human rights and interfering in their internal affairs. It must end the hypocritical practice of double standards and stop going further down the wrong path. Otherwise, China will resolutely make further reactions."

The statement did not mention Canada, the U.S. or U.K.

Canada should sanction itself

Canada should sanction itself for it's treatment of Indigenous people here at home. What a bunch of hypocrites.