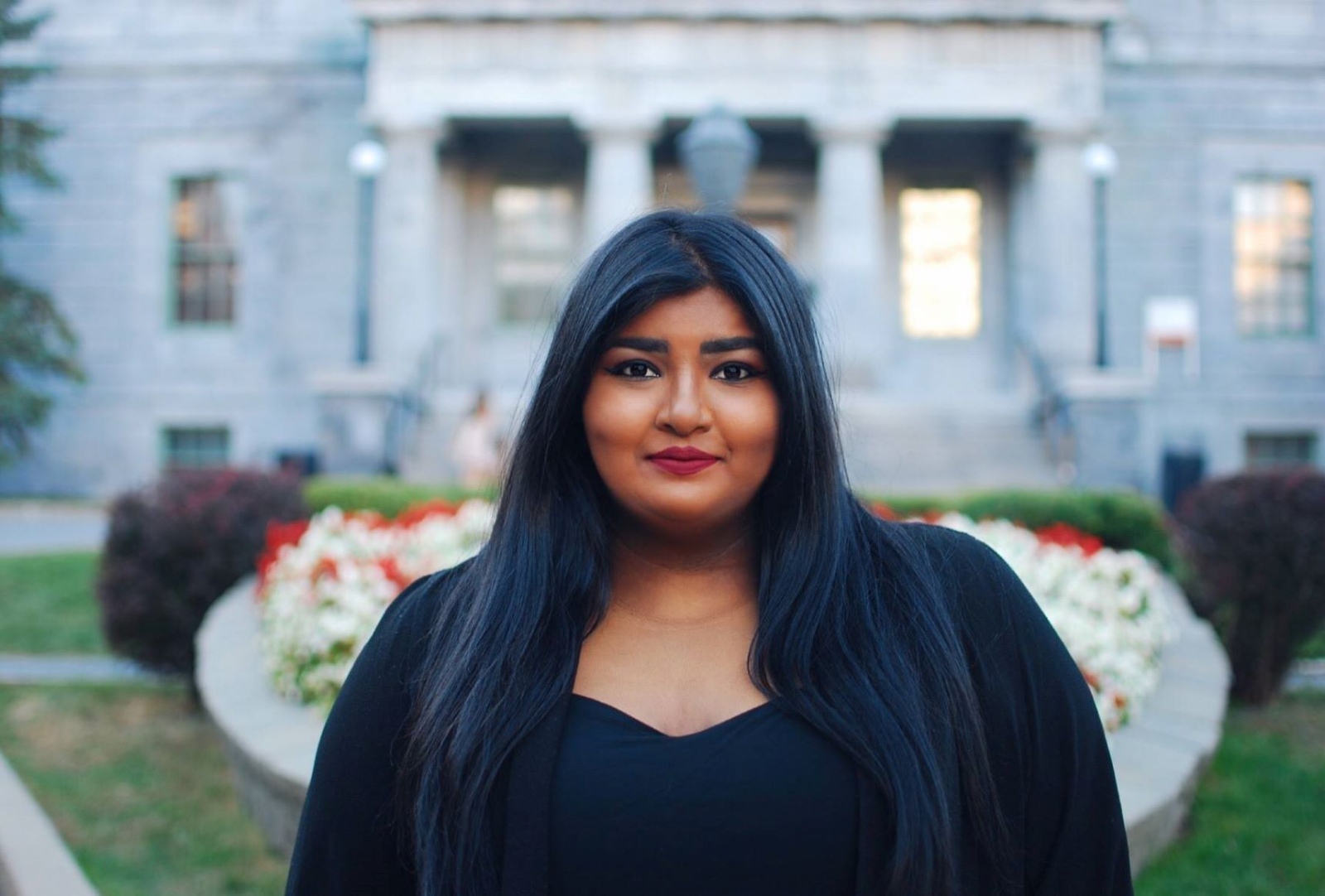 Over the past year, Black, Indigenous and people of colour have worked to reclaim their voices in the midst of a growing social justice movement. However, finding the right resources to be heard can be a challenge. That is where Serisha Iyar, a 25-year-old Torontonian, comes in.

Iyar launched Leading in Colour in July 2019, an organization aimed at giving racialized youth a voice and, more importantly, the ability and tools needed to mobilize to create real change.

In her days as a youth activist, Iyar says she often felt limited and trapped by not knowing where she could turn for answers. Through her organization, she lines up experts to engage with young people and discuss policy work, create healthy conversation, and do something more meaningful than simply share an uplifting post on social media.

“We take the work beyond the black square on Instagram to real-life advocacy work,” she said.

Iyar grew up in Georgetown, Ont., in a majority white neighbourhood, where she struggled to connect with the community around her.

Although she was born in Canada, Iyar’s activist streak comes from her parents who have Indian heritage, but were born in South Africa with their ancestors being sold for slave labour. From the 1600s to the 1800s, thousands of Indians were often kidnapped into slavery or falsely recruited to work as indentured labourers in the sugar cane fields.

Her parents fled apartheid and came to Canada as refugees. Their past struggles are a big reason why Iyar started down the path of advocacy work when she was just 16.

She spent years volunteering and eventually began working for different refugee advocacy groups. While in those rooms with senior advocates, who were primarily white, she realized that their views didn’t align squarely with the communities they intended to serve.

“All I could think was: 'These folks don't care about us,'” said Iyar.

With a fire in her belly, she set off to create her own organization, one that would be led by BIPOC voices. By the time she felt confident enough to start her own venture, Iyar had spent more than three years working formally as a refugee advocate and the better part of her youth engaged in community building for people of colour. She knew that she wanted to create a youth-led organization, where young experts could shape the way, direct the conversation, and share their knowledge of activism with one another.

“The work that we do is not for just ourselves, it is for our communities, and for the future generations,” says @serishaiyar of @leadingincolour. #BIPOC #empower

“I have always loved creating events where anyone could speak about their experiences, to share their knowledge instead of hoard it,” she said.

Since launching in 2019, Iyar has worked with over 700 youth across Canada, using her policy background to teach young activists how to write policy briefs, kick-start a campaign, and effectively share information to capture people’s attention.

Iyar has built online programs like "Diaspora Dialogues," a webinar and series where youth can mobilize to address issues in their ancestral homelands. Through that program, Leading in Colour has helped highlight protests or calls to action surrounding the Hong Kong movement, Indian farmers protests, and the End SARS movement in Nigeria.

“We still have connections to our homelands and ancestral lands and people want to advocate and amplify those voices,” she said.

Through the COVID-19 pandemic, Leading in Colour's representatives have focused energy on its most popular program: the "Digital Institute for Activism." It's a customized program for five to 10 fellows who learn advocacy skills and take that knowledge to work on community projects. Iyar notes some of the fellows who passed through the program told her that the skills they’ve learned were useful during the Black Lives Matter movement.

Now that Leading in Colour is up and running, Iyar’s focus as she grows older will be to ensure her organization can continue to inspire more young activists for decades to come.

“The work that we do is not for just ourselves, it is for our communities, and for the future generations,” she said.

This article has been updated to clarify information about Leading in Colour's "Diaspora Dialogues" and "Digital Institute for Activism" programs.