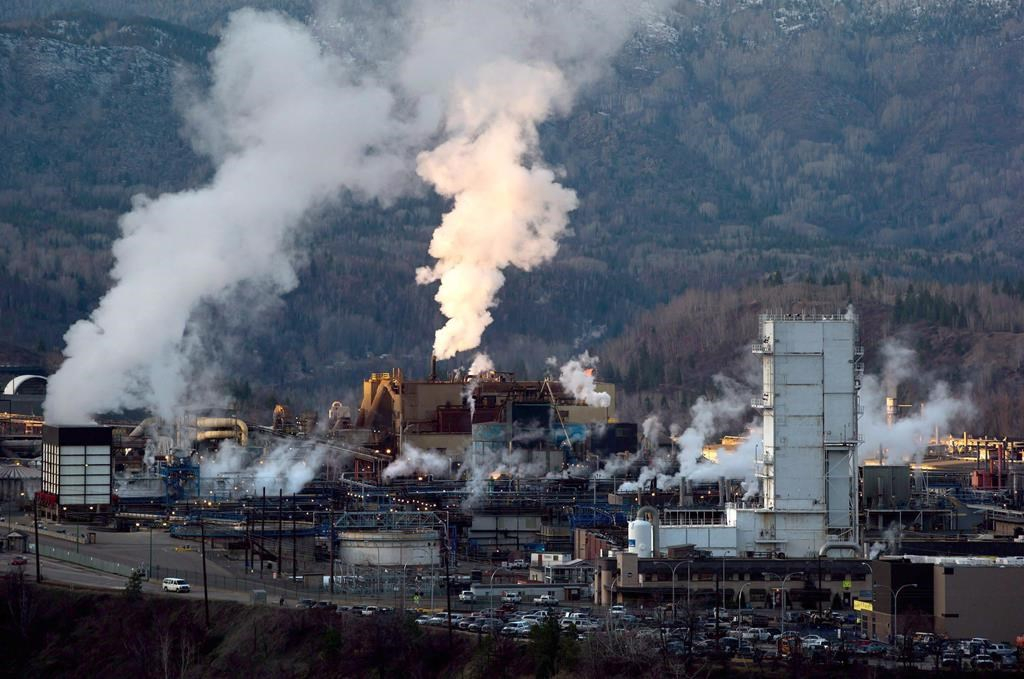 "It's the largest-ever penalty assessed under the Fisheries Act," federal prosecutor Alexander Clarkson told court in Fernie, B.C., on Friday.

Teck Coal, a subsidiary of Teck Resources, pleaded guilty to two charges of releasing selenium and calcite into the Elk and Fording rivers between January and December 2012. Clarkson said the fines break down to $80,000 per offence per day.

Selenium is a contaminant common to coal mines. Essential to life in small doses, it can cause fish deformities and reproductive failures in large amounts.

Calcite is a mineral that coats stream bottoms, destroying the habitat that trout need to reproduce.

Clarkson, reading from an agreed statement of facts, said Teck failed to maintain a settling pond for waste material, which allowed contaminated water to mix into the rivers, home to westslope cutthroat trout, a native species considered endangered.

By 2020, Teck's own research showed fish populations had almost collapsed.

The company has since invested heavily in treating selenium and wastewater.

Vickie Thomas of the local Ktunaxa First Nation says the contamination has had significant effects on her people.

"Knowing that fish habitat is impacted by these polluted waters leads to concern for the safety of all the fish as well as for Ktunaxa. The result is an alienation of our people from our lands and waters."

Teck Coal, a subsidiary of Teck Resources, pleaded guilty to two charges of releasing selenium and calcite into two B.C. rivers. The company now owes $60 million in fines for contaminating the waterways.

$60 million is chump change for the criminal extractor sector. It is curious that Teck is "trying" to rehabilitate the rivers they killed. I sincerely hope they learn the lesson that repair is vastly more expensive and vastly less effective than prevention. However I doubt they will. Capitalism is ruled by the principle of profits now and the devil take the hindmost. Extractors always leave behind feces dumps that poison everything downstream. They always walk away from their destruction. It has to stop.

Mining has always, for me,

Mining has always, for me, been one of the trickiest problems. I mean, sure, it needs reform, and then more reform, and then more reform after that, and ideally complete transformation when there's some kind of economic revolution replacing capitalism.
But I don't actually know if it's possible to do mining on a sizable scale without polluting. And yet on the other hand, even after you get rid of planned obsolescence and put our lifestyles more in balance, we're still going to need metals from mines to run a society. We need better technologies. You'd think there would be approaches more effective than just sticking all the crud in giant ponds and hoping it goes away.