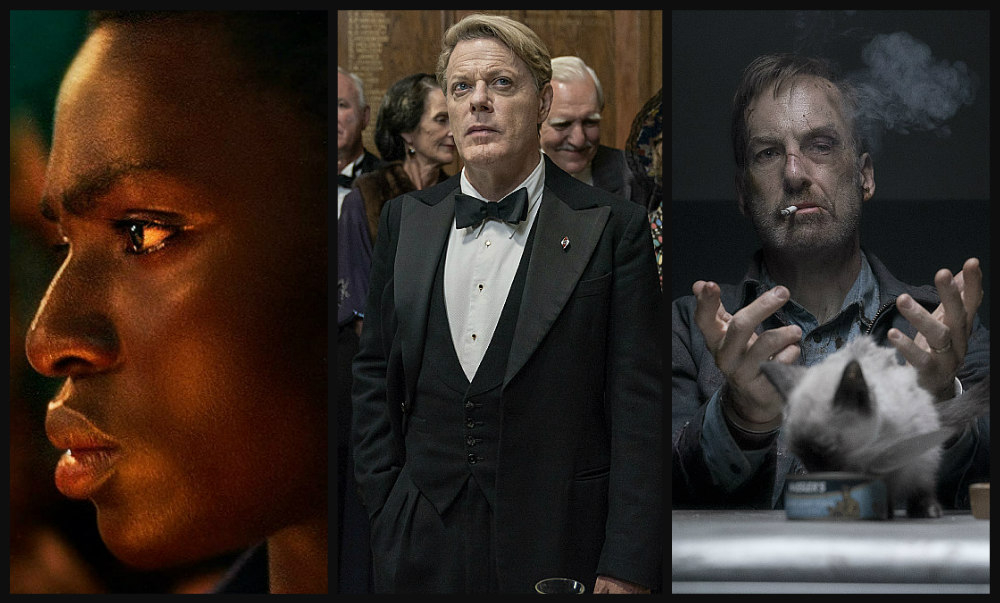 Small local films do sometimes get noticed. Case in point: Red Snow, written and directed by Marie Clements. It premiered at the Vancouver International Film Festival, and it has just been announced that it will get a U.S. release (digital platforms now, DVD soon). In Canada, it had a brief theatrical run a year ago until the theatres were closed and is now getting an on-demand release on April 15. Watch for it.

Filmed in the Northwest Territories and central British Columbia, it connects Indigenous attitudes and cultures in two far-apart lands. An Inuit soldier from the Arctic is caught in an ambush in Afghanistan, and during an interrogation by the Taliban muses on similarities across the world. He becomes close to a Pashtun family and helps them escape. Ambitious concepts in that film.

These are new this week ...

Night of the Kings: 4 stars

NIGHT OF THE KINGS: This film is an unusual co-production (two African countries, France and Canada) and it is spellbinding. It blends magic, mythology and folklore, sets the concoction in a prison and manages to celebrate the power of storytelling and spin a metaphorical version of a country’s history. That would be the Ivory Coast, where writer-director Philippe Lacôte grew up and where his mother spent some time in a notorious prison called La Maca. He takes in facts and rumours about the place for his tale. As the warden moans at one point, it’s the only prison in the world that’s run by the inmates.

A young man (Bakary Koné) arrives and is immediately embroiled in a power struggle. The prison strongman (Steve Tientcheu) orders him to entertain the crowd with a story, but if he stops before morning, he’ll be killed. It’s a ploy by the boss to extend his rule. He is ailing, tradition says he must kill himself if he can’t go on, and two factions are plotting against him. The story, about a legendary gangster and later a long war fought between two royal siblings, starts tentatively, but picks up interest through twists and backtracks and elaborations. They bring the inmates to cheer, sing and dance during breaks. The outside stories are colourful. Inside, they’re sweaty grey. Both are caught perfectly by cinematographer Tobie Marier Robitaille, who’s from Montreal. The ambience is magical. (Streaming from The Cinematheque in Vancouver.) 4 out of 5

SIX MINUTES TO MIDNIGHT: Here’s one of those classy English spy thrillers which scales down the thrills for thoughtful content. It takes place a week and half before the start of the Second World War in the sleepy coastal town of Bexhill-on-Sea where there’s a school that gives a British education to young girls from Germany. The students include daughters and goddaughters of high-level Nazis. There has been a longtime alliance between the two countries, the headmaster played by Judy Dench, says. Inside, she points to a portrait of Queen Victoria and says she was the last Germanic queen of England. Actually, there were strong family connections at that level, and quite a bit of support for Germany even when Hitler came to power. A country just trying to be great, is another line from Dench.

Eddie Izzard (before he became a woman) plays the role of an English agent sent to keep an eye on the school. I don’t know if the story here is true, but the school did exist and Izzard probably knew its history because he grew up in that town. He co-wrote the film and plays an English teacher hired to fill in for a predecessor who has gone missing and is later found dead. There’s a mole, a double agent and suspicions, but not a great deal to this story. The thrills, a deadline to get the girl out and back home, a car chase and a bit of gun play, come very late. Most of the film is about simple co-operation, which looks embarrassing now, but may not have seemed so back then. It does work well as a historical flashback. (Available to rent or buy at Apple TV, iTunes and other VOD platforms.) 3 out of 5

NOBODY: This is the most violent film I’ve seen in some time, and it’s hard to dismiss it. There’s a gut sentiment that it rouses in you. Imagine you’re on a bus and a bunch of yahoos are threatening a lone female passenger. Wouldn’t you feel like punching them around a bit? It would reinforce your sense of manhood. It’s that kind of urge for self-respect that this film is built to feed. No surprise that it’s written by and got stunt training from people involved with the John Wick series, which also glories in violent confrontations (to great box office, incidentally).

That bus battle, by the way, uses the usual items you find there (poles, cords, glass windows, and so on) to rousing and bloody effect. But it triggers an improbable complication. One of those punks is the son of a Russian oligarch, and he sends his men to find the man who did it. He’s a respectable father, played by Bob Odenkirk, but feels he’s in a rut. He felt ashamed when he didn’t react well earlier when intruders broke into his house, and his son and his wife (Connie Nielsen) called him on it. Now he’s into something far bigger. He’s encouraged by his father (Christopher Lloyd), ex-FBI, now in a nursing home. In a series of set-tos, he makes good use of a baseball bat, a knife, hot water, a fire extinguisher and a broken wine glass. Later, we find out why he’s so adept with them, but it’s hardly necessary. This is an everyman fantasy. Set in the U.S., but filmed in Winnipeg. (In theatres now — where they’re open — and on demand soon.) 3 out of 5

IRON MASK: Jackie Chan and Arnold Schwarzenegger are finally together again. They haven’t been since Around the World in 80 Days, 17 years ago. And they fight each other, which they didn’t do back then. But don’t rejoice just yet. It’s sort of a creaky and comic sword fight in a film that’s far too crowded with plot, exposition and inanities. Also, they’re not the lead characters. Jason Flemyng is at the centre as a cartographer repeating a role he played in Forbidden Kingdom seven years ago. It was a huge hit in Russia. Now we have this sequel, with a lot of Chinese money behind it, and, naturally, partially set in China.

But it starts in the Tower of London. Arnie is the guard, Jackie is a prisoner along with Iron Mask. Here’s where the improbabilities start soaring. He’s actually Peter the Great, the Russian czar who in the first film sent Flemyng to map Transylvania. Now he wants him to find a fabled “Dragon Seal,” and after some communication via carrier pigeon, and some tricky scriptwriting, they’re all off to China. They encounter a princess (Xingtong Yao), a two-faced witch who stole her village (they fight, too), evil magicians and, yes, a dragon. The design, the effects and the pace of the film (written and directed by Oleg Stepchenko) are all OK, it’s the logic that somehow got omitted. Bad-movie fans will have fun with this one. (Available EST, VOD, DVD, Blu-ray.) 2 out of 5

BOOGIE: Eddie Huang is a noted chef and author, and now less effective as a filmmaker. His first effort is involving, entertaining at times, but nothing special because we’ve seen others like it before. An inner-city kid dreams of playing professional basketball in the NBA and has to deal with not-very-helpful parents, money problems, a new girlfriend, and neighbourhood pressures.

Taylor Takahashi plays the Queens, N.Y., kid Alfred Chin, nicknamed Boogie. He needs to win a university scholarship, and to do that, he needs to impress a scout during a game in the ’hood. And to do that, he has to outplay the local big wheel named Monk, who is played by rapper Bashar Jackson, known professionally as “Pop Smoke.” He died soon after and the film is dedicated to him. He has got power in his presence, but for once, the character isn’t intimidating or violent. Just strong. Most everything and everybody else in the film are familiar, underdeveloped or usual. Don’t need surprises? Come on in. (Buy or rent on various platforms, including Apple iTunes and YouTube.) 3 out of 5

DOORS: Intriguing ideas, baffling presentation. That’s my compressed reaction to this science fiction film made by three different directors. Not together. They do separate parts, probably to emphasize that they aren’t the same. Who knows why? It’s not necessary. The central concept is that strange beings or creatures have arrived on Earth in the millions, and they’re studying us. In the first section, high school students are scared, and kind of attracted by one. Researchers enter one in the second. Later, a scientist secretly communicates with them and hears, “We will refresh you.”

It’s hard to tell what they’re like because we don’t see them in their entirety. The one in the high school is huge enough to block a hallway. It looks to be covered with hair or metal filings or something. Somebody gave them that name “Doors” and called people who volunteer to investigate them “Knockers.” The three who go in find themselves in an alternate reality with everything slightly off. The last sequence and a sort of epilogue seek to explain the premise. They are “cosmic consciousness,” says a “parallel worlds theorist” (he’s from Seattle), and “we are all awakening.” Directors Jeff Desom, Saman Kesh and Dugan O'Neal conjure up a mysterious aura. Not enough that’s new in the story content, though. (Available on many platforms: Cineplex, Bell, Rogers, Apple TV and more.) 2½ out of 5