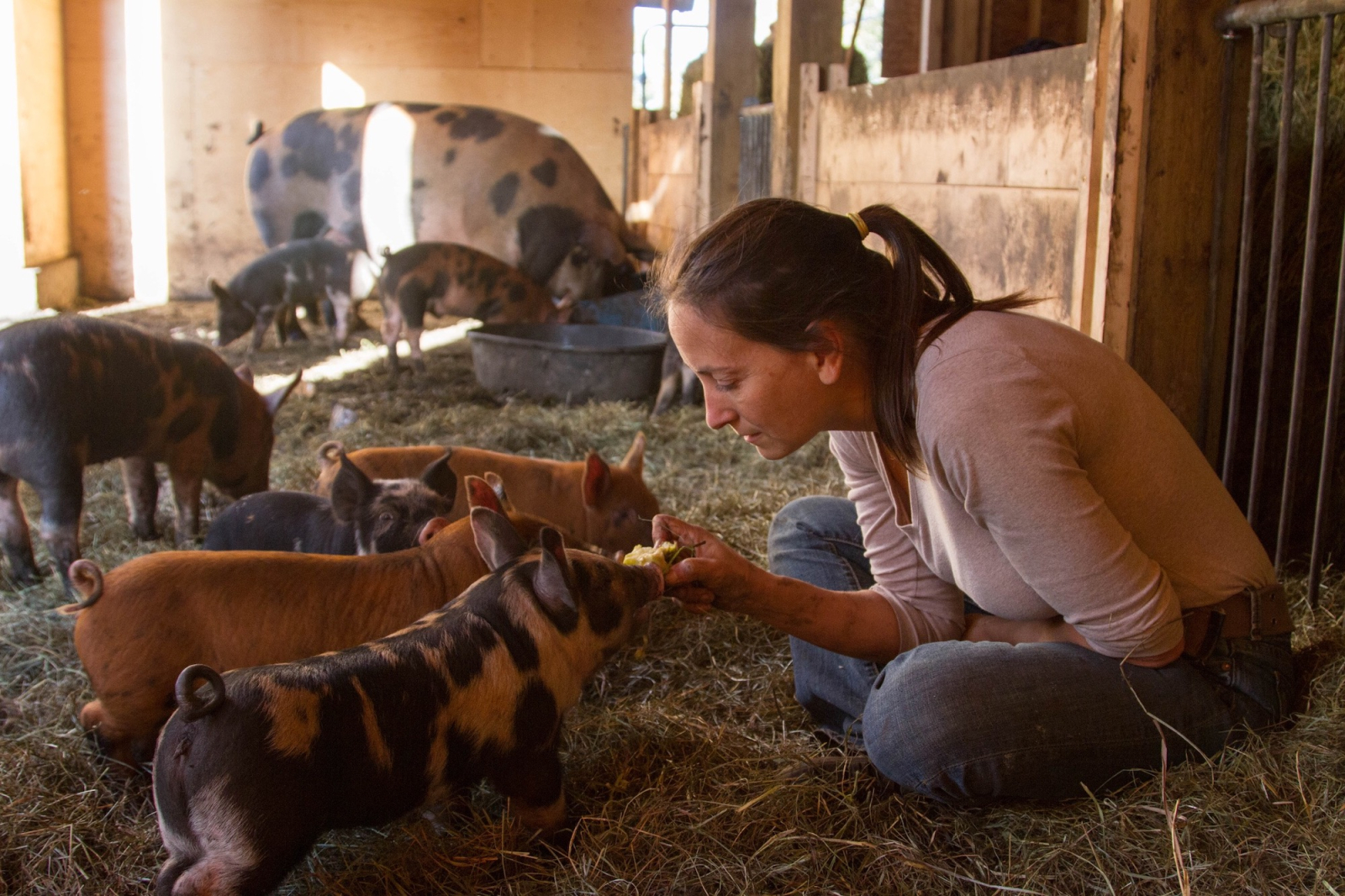 Slaughtering animals on-farm is safe, a recently released 2009 government study suggests. That has some ranchers wondering why rules for the practice weren't changed earlier. Photo by Tori Ball
Previous story
Next story

The 2009 study commissioned by the province concluded that small farmers could safely kill their animals on-farm. That has advocates wondering why the province has yet to expand the rules for the practice despite a chronic shortage of abattoirs.

Under the existing rules, only farmers living a certain distance from an abattoir can kill a small number of their animals on-farm. That has left many who are unable to book a processing date for their animals in local abattoirs — most are facing a months-long backlog — struggling to stay in business. But despite years of pressure, B.C. has not substantially modified rules around on-farm slaughter, citing food safety and other concerns.

Advocates say the documents — which were obtained through a freedom of information request by the Small-Scale Meat Producers Association and were never publicly released — show the government knew for years those safety concerns were overblown.

“We’re happy to see that (the document) demonstrated what we kind of already knew — that we’re not going to kill anybody,” said Julia Smith, a rancher and president of the Small-Scale Meat Producers Association.

The organization is disappointed the provincial government knew on-farm slaughter was safe for years, but did not make the report public or reform rules around the practice, she said.

B.C. produces between a quarter to a half of the beef, pork, and lamb eaten in the province, or about 44 million pounds. The remainder largely comes from one of three large abattoirs — two in Alberta, one in Ontario — that process roughly 95 per cent of beef eaten in Canada and supply most grocery stores.

That consolidation was thrown into the spotlight when the pandemic hit last year, forcing both Alberta plants to close due to COVID-19 outbreaks. The closures left supermarket meat counters temporarily bare and helped drive growing interest in local meat.

But many producers have hit a roadblock trying to meet this surging demand: There’s nowhere to slaughter their animals.

“(Abattoirs) are overwhelmed,” said Nova Woodbury, executive director of the BC Association of Abattoirs, in a September interview about the crisis.

That’s nothing new. In 2003, B.C. saw a rapid decline in its meat-processing capacity following an overhaul of the province’s abattoir regulations in the wake of the BSE (mad cow disease) crisis. The new rules required provincially inspected abattoirs to upgrade their facilities to meet federal standards — costly renovations that forced many out of business, particularly in more rural and remote parts of the province.

“We’re happy to see that (the document) demonstrated what we kind of already knew — that we’re not going to kill anybody,” said Julia Smith, president of the Small-Scale Meat Association. #BCpoli #Ranchers #Agriculture

That left many small farmers and ranchers with nowhere to process enough animals to stay financially viable, explained Smith.

In response, the province created two licences that allow farmers living a certain distance from the nearest provincially inspected abattoir to slaughter a limited number of animals on-farm. Smith said those rules are too restrictive and make it impossible for many small farmers to stay in business, but critics argue the on-farm slaughter rules undercut provincially inspected abattoirs while threatening food safety.

For years, the provincial government cited food safety concerns when pressed about making changes to the abattoir rules. The 2009 study shows those concerns were overblown. Smith wants to know why.

“Why was it never published? It’s still a draft. It’s (marked) confidential,” but contains a lot of “valuable information,” she said. “Why didn’t we continue to reference this valuable document?”

“That was a decision made by the previous (Liberal) government,” B.C.’s Ministry of Agriculture, Food, and Fisheries said in a statement. “Moving forward, (the ministry) is working on regulatory next steps to modernize meat production in B.C., which will prioritize health and safety standards and ensure we have safe meat products for British Columbians to consume.”

Last fall, the province released an intentions paper seeking feedback on those proposed changes. While the new rules have yet to be finalized, the ministry said it will be replacing the “outdated, complicated meat-licensing system” with new categories available provincewide. The new rules, which are expected to be announced later this year, will create categories of meat-processing licences for facilities up to 5,000 pounds, 25,000 pounds, and unlimited numbers, each with their own hygiene requirements.

“This will allow for more small-scale producers to be licensed and they will have the ability to sell their products in farmers markets and restaurants provincewide,” the ministry said.