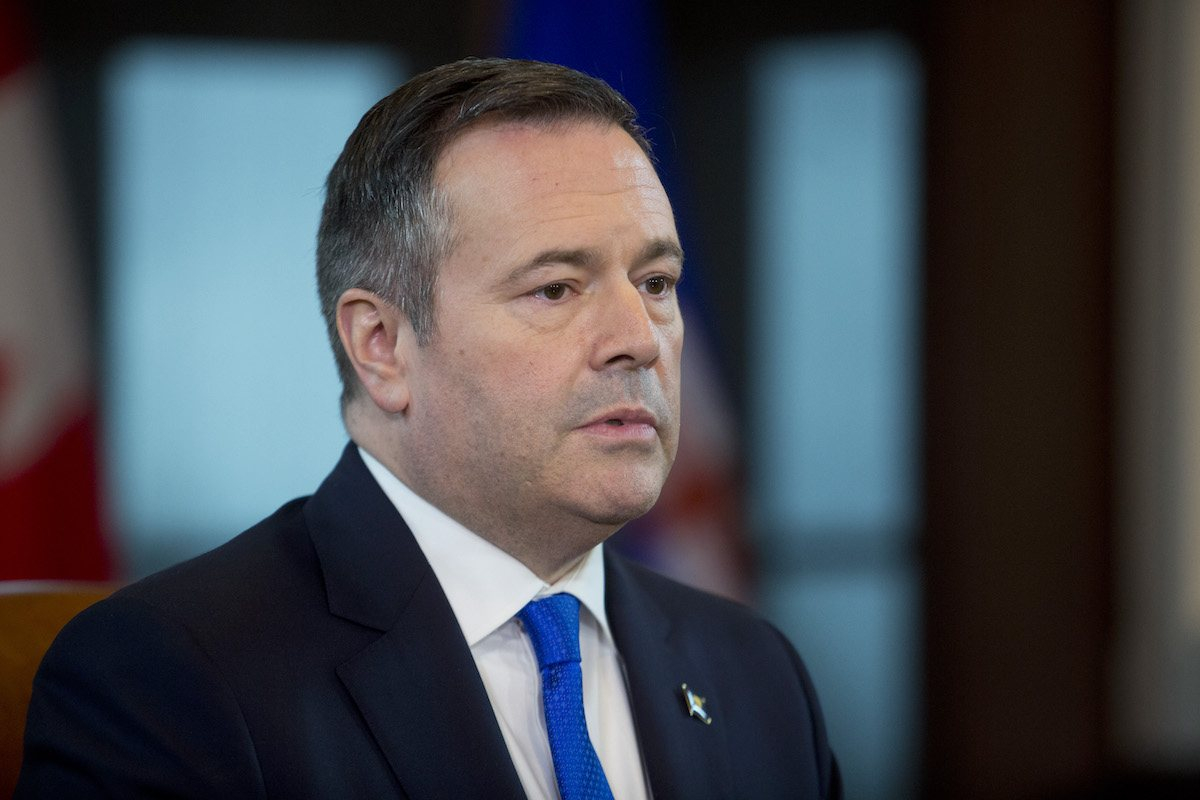 Whether it’s embracing open-pit coal mining or doubling down on the oil and gas industry, Jason Kenney’s UCP government has made a habit of looking to the past for guidance and inspiration. But rarely has it been more explicit in its back-to-the-future approach to governing than with its new proposed K-6 curriculum, which takes the government’s atavistic approach to a whole different level.

Take, for example, the sycophantic mention of Kenney’s own grandfather in the section on what Grade 6 students should learn in music class. Mart Kenney’s When I Get Back to Calgary is specifically cited alongside Glenn Miller’s In The Mood as examples of the role of big band ensembles giving jazz music “a larger sound.”

It’s hard to tell whether this is an act of pure hubris on the part of the people writing the curriculum or just an attempt to curry favour with their boss, but there’s far less question about the outsized influence Premier Kenney has over the new curriculum.

Ever since he returned to provincial politics in Alberta, he made it clear he was spoiling for a fight with provincial teachers, and that one of the key fronts would be the curriculum they’re charged with teaching. In his first speech to the legislature, he told his colleagues: “We are profoundly concerned about the government’s direction … on education. What Albertans don’t want is failed pedagogical fads or political agendas in the classroom.”

On this particular promise, at least, he can claim some credit. After all, there isn’t anything even remotely resembling a fad in the new curriculum, which feels more like an exhibit in an educational museum than a serious attempt to prepare children for the challenges of the 21st century. If anything, it feels designed to cater to a young Jason Kenney — and produce more Jason Kenneys in the future. The social studies component (parts of which appear to have been plagiarized from Wikipedia) focuses intently on western and European history, with particular attention paid to the role of Christianity in the formation of our values and institutions.

It also introduces students at a conspicuously young age to the worlds of business, trade and economics. In Grade 4, they’re expected to learn about the importance of creating a business plan, while by Grade 6 they’re exploring the intricacies of different economic systems and discovering the importance of budgeting, saving and investing.

One wonders if the forthcoming high school curriculum will be even more explicit in fulfilling the educational vision articulated by Angus McBeath, chair of the province’s curriculum review panel. “We want every young person who graduates through Alberta schools … to be the kind of person you’d want to be selling you a used car,” he told reporters in August. “Because you can trust them.”

As University of Alberta associate professor Dwayne Donald said in an interview with podcast host Ryan Jespersen, the curriculum reads like a “moral success story of the liberal world-view and how it arose.” This story seems to view children as economic widgets to be inserted into the economy rather than agents of their own destinies, and as passive recipients of information rather than active participants in their own education.

Carla Peck, a professor in the University of Alberta’s Faculty of Education and social studies curriculum expert, is unsparing in her analysis of this approach. “When much of the world is moving toward concept- and competency-based curricula, Alberta is retreating to a curriculum that is about accumulating bits and pieces of information, not deep understanding,” she wrote in a blog post. “Anyone can memorize a list of facts. It doesn’t mean they understand what those facts mean.”

So why, then, is Jason Kenney doing this? In part, it’s because he said he would. On Twitter, the premier spiked the metaphorical football by saying it was “another promise made, promise kept,” which is one of the most important metrics his government has for its performance.

"By ostensibly trying to remove politics from the classroom, (Jason Kenney) is simply replacing it with his own world-view," writes columnist @maxfawcett. #ableg #AlbertaEducation

But it also reflects Kenney’s belief that teachers frequently behave as agents of social disruption and chaos rather than neutral and impartial educators. His government has made it clear that their attempts to introduce change in the classroom, whether by challenging the province’s oil and gas industry or allowing gay-straight alliances, aren’t welcome in their version of Alberta. This is the great irony that sits at the heart of Kenney’s curriculum crusade: by ostensibly trying to remove politics from the classroom, he is simply replacing it with his own world-view.

That apparently includes his own grandfather, whose presence in the curriculum will be a popular punchline on political jokes in Alberta for years to come. But for the province’s parents and teachers, the rest of its contents are no laughing matter. After all, in a world where students will have instantaneous access to an almost unlimited supply of information, the Kenney government apparently wants to reorient its education system around the rote memorization of facts. And in a world where diversity and inclusion are inescapable realities, its new curriculum seems determined to place a distinctly Christian cultural experience at the centre of its teaching. If nothing else, Alberta’s children will learn about irony from a very young age.

My empathy is with Albertans

My empathy is with Albertans having to endure this moronic dinosaur being their premier in this otherwise enlightened day and age.

Thank you for your empathy —

Thank you for your empathy — and sympathy. This proposed curriculum is probably similar to the one I experienced 60 years ago in Alberta!

I grew up in Calgary. I don

I grew up in Calgary. I don't recall any official propaganda or social curricula redesign back in the 60s.

What I do recall is the faculty of Ernest Manning High School attempting to ban blue jeans, which resulted in a one-day student strike which quickly spread to several high schools all over the city. The excuse offered by EM faculty was that the studs on jeans "scratched" the chairs and desks. Obviously, that was a pathetic cover up for an attempt to rein in perceived "radical" popular fashion that rejected the behavioural control mores of slicked-down Brylcreamed Fifties generation of Lawrence Welk in management. That was a crowd that didn't understand that the Beatles effectively detonated the doo wap conformity of the day, and who were appalled at the outrageous (then) liberating influence of Hendrix and Clapton.

It seems Jason Kenney never grew out of the Fifties socially, but did motivate over to the Dark Side of ideology.

Ah, the "Dark Side" - always at war with the future, with rationalism, with science, with evolution, with peace, with equity, equality , with existential survival!

The backward facing ideology, founded in the irrationality of almost any religion you can name, which was invented by humans to create and sustain any number of caste systems and control mechanisms supporting the pyramid of human ambition and greed.