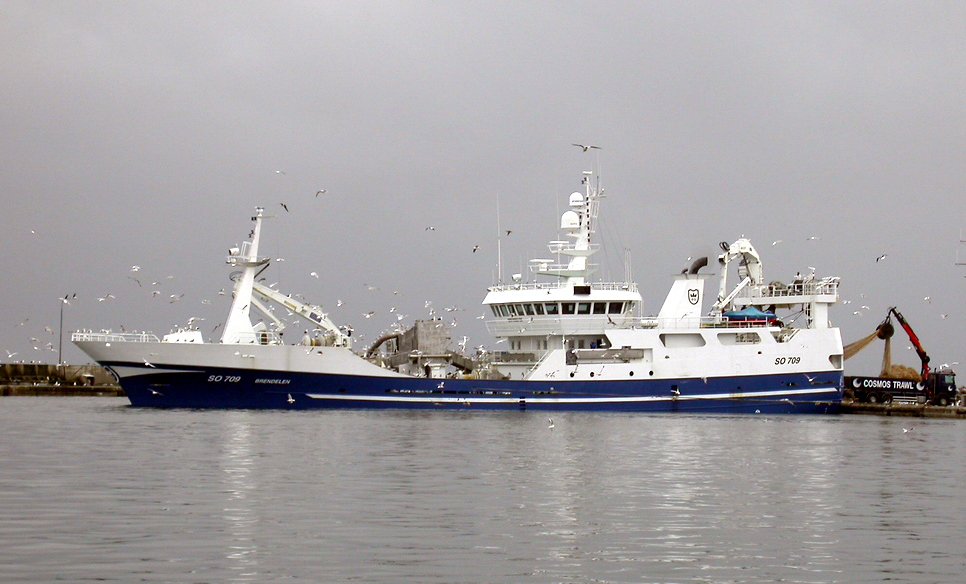 Bottom trawling, a common fishing practice where large nets are dragged along the sea floor, is exacerbating the climate crisis, a new study has found.

Centuries of dead plankton, fish and marine mammals lie on the sea floor, their decomposed bodies locking vast amounts of carbon in the sediments beneath the waves. When those sediments are moved by giant trawl nets, the carbon they contain is released back into the ocean and atmosphere, say the team behind the research.

“There's quite a bit more carbon in the sediments than we (first) thought,” said Boris Worm, professor of marine conservation biology at Dalhousie University and co-author on the study. “It’s, in fact, more than (is stored) on land — we did not know that.”

Disturbing the ocean's depths has consequences: Each year, bottom trawling releases as much CO2 as the annual emissions of 320 million cars worldwide. That’s roughly equivalent to the amount of greenhouse gases spewed out by depleted agricultural soils.

The CO2 released by bottom trawling is also making the seas — an essential carbon sink — about a fifth less effective at sucking carbon from the atmosphere.

Protecting regions where carbon-rich sediments are particularly vulnerable to disturbance could be a key tool against the climate crisis, Worm explained. Those places include the edge of continental shelves where ocean currents bring nutrient-rich water from the deep sea closer to the surface, fuelling high levels of marine biodiversity.

In Canada, the west coast of Vancouver Island is an area that has those bathymetric and ecological features. It would benefit from high levels of protection against bottom trawling, Worm said

“We want to move away from protected areas as a feel-good measure to protect areas that actually do something for people and for nature, and, yeah, the west coast of Vancouver Island would be the region,” he said. The study also looked at how marine protected areas (MPAs) could bolster biodiversity and food production.

There are currently 47 vessels bottom trawling off B.C.’s coast, including off Vancouver Island, according to Fisheries and Oceans Canada (DFO). About 35,000 tonnes of fish — worth roughly $100 million — were harvested off B.C. using the method last year.

“(Bottom trawling) is a very wasteful fishery in that you catch fish that can have much more value — 20 to 30 times more value — when you catch them with other types of gear and keep them in B.C.,” said @dyhiapadilla.

The department is currently not considering the industry’s impact on oceanic carbon emissions, however.

“The study in Nature is a preliminary one on this topic, which will likely lead to further research and analysis. At the moment, Fisheries and Oceans Canada is not planning to develop a policy regarding bottom trawling fishing gear in response to this study,” the ministry said in a statement.

“Bottom trawling remains an effective method to catch certain fish species that are a valuable source of protein for Canada and other countries around the world, and the sale of these fish products makes an important contribution to regional economies in Canada.”

“I’m absolutely opposed to bottom trawling,” said Dyhia Belhabib, a fisheries scientist and principal fisheries investigator at Ecotrust Canada. “It’s a very wasteful fishery in that you catch fish that can have much more value — 20 to 30 times more value — when you catch them with other types of gear and keep them in B.C.”

Bottom trawling catches several species at once, leading to substantial bycatch, she explained. While the industry is tightly regulated, mitigating its impact on marine biodiversity, recent articles have exposed harassment and sexual abuse of the at-sea observers meant to prevent overfishing by trawl vessel skippers.

Sustainability isn’t the only issue. Belhabib explained the bottom trawl industry mostly harvests fish as a low-value commodity for export, mainly to Asia and Eastern Europe. That means relatively little money is generated by selling B.C.’s groundfish when compared to other, more selective fishing techniques.

Other techniques may be less efficient, but don’t damage the fish and marine ecosystems as much, she said. Worm, the study co-author, also noted techniques that avoid disturbing the sea floor release far less carbon than their industrial counterparts.

“The problem is that it is wasteful in the context of B.C., because we can have a fish that is much higher quality, that is sold locally … for much more, so you can have more money for a lower catch,” Belhabib explained.

Bottom trawling has always sucked. It's ruinous about every way you can think of--terrible for the environment, for the sustainability of fisheries, and even in economic terms if you're thinking about any benefit for actual people, not some shadowy foreign billionaires somewhere.