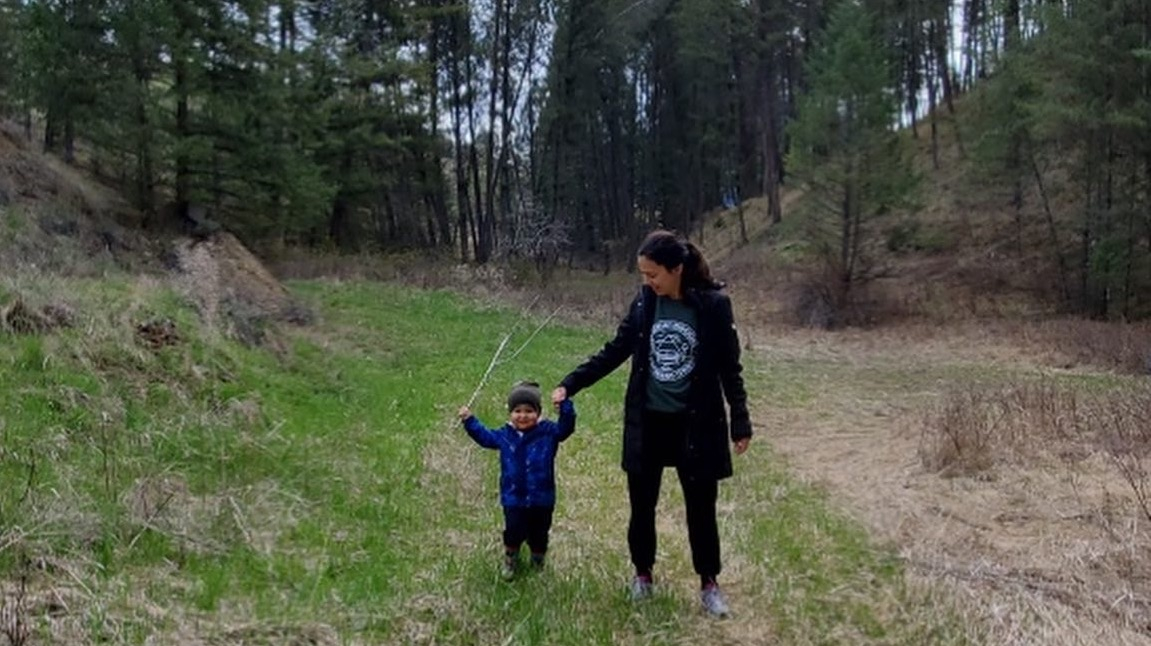 Brittney Ramsay juggles an executive job and care for her son with a mix of paid child care and help from extended family. Photo supplied by Brittney Ramsay
Previous story
Next story

Brittney Ramsay doesn’t want any of the talented women who help her grow the land services company she leads to drop out of the workforce due to inadequate or unaffordable child care options, a decision she knows they grapple with.

But the second-generation CEO of Calgary’s Britt Radius is also worried about the scale of federal spending on pandemic relief and recovery, including the $30-billion child care pledge in the Liberal government’s budget released earlier this week.

The federal government’s plan aims to bring the average price down to $10 a day across Canada within five years, and to halve average fees in each province by the end of 2022. The budget also plans for more than $8 billion a year in ongoing annual funding for early learning.

That would be a welcome respite, especially in Toronto and the cities that surround it, where spaces can be scarce and cost between $1,000 and $1,500 a month.

In Quebec, where a similar system has been in place for more than two decades, women’s participation in the workforce has jumped four percentage points above the rest of Canada from four points below, Ottawa said, with affordable child care boosting the province’s gross domestic product by 1.7 per cent.

Nadine Spencer is cheering the benefits the federal plan could deliver, especially for the Black women entrepreneurs she helps train to deal with sizable systemic barriers to career advancement.

"I'm one of the lucky ones because I have a partner, I have family, I make fairly good money, and it is still tough ... because child care is so expensive," says @RamsayBritt. #ChildCare #Budget2021 #CdnPoli

Working-age Black mothers with a child younger than six are less likely to be active in the labour market compared to their non-racialized counterparts, recent data shows.

“Their career (or) the growth of their business then takes a back seat a little bit, and this child care will be able to help that,” Spencer said.

Paulette Senior, who heads the Canadian Women’s Foundation, says Quebec’s system has been “phenomenal” in giving women control of their lives, and welcomed its expansion across the country.

Canada now spends just 0.3 per cent of its GDP on child care, well below the one per cent range of most OECD countries, except the United States.

While Quebec is an outlier to the upside, Ontario lags behind much of the rest of Canada when it comes to child care, Senior said, with many of its cities and towns described as “child care deserts” with very limited child care or daycare spaces.

In parts of Scarborough, Brampton, Mississauga and the Toronto neighbourhoods of St. Jamestown and Parkdale, coverage (the number of child care spots per number of children aged three and under) ranges from 10 to 25 per cent, according to an analysis done by the Canadian Centre for Policy Alternatives, meaning there is one licensed space for every four to 10 children not yet in school.

But the federal plan also asks provinces to match its investment, and will require their co-operation and co-ordination to administer the project, with those negotiations representing its biggest challenge.

“People aren't interested in interprovincial bickering,” said Maya Roy, the chief executive at YWCA Canada and a member of Finance Minister Chrystia Freeland’s task force on women in the economy and the government's expert panel on early learning and child care.

“No one in 2021 is quoting which politician was supporting universal health care at the end of the Second World War, and so fundamentally, it's about asking the question, ‘What can we agree on?’ and putting aside egos in those negotiations,” she said.

“While we welcome increased support for child care, Ontario needs long-term financial support that is flexible to respond to the unique needs of every parent, not a one-size-fits-all approach,” he said, adding they were prepared to work with all levels of government to provide safe, affordable, and flexible child care options.

YWCA’s Roy said that the shock of the pandemic compounded existing inequalities and compelled bold action.

“To be perfectly blunt, the pandemic changed everything,” she said, because more parents were forced to juggle work and child care and the private sector suddenly got much more engaged.

“We didn’t want to just push for Band-Aid solutions, we wanted to think big,” she said, noting that the Niagara YWCA hosted a summit a couple of months ago where the CEOs of the local, provincial and federal chambers of commerce all spoke about the importance of child care for economic health.

In Calgary, Ramsay's son is not yet back at his daycare facility as both Brittney and her husband recover from COVID-19, although they must keep paying in order to hold his spot.

He attends four days a week for around $1,000 a month, with Ramsay juggling work-from-home and child care once a week. She's committed to two days and pays extra for drop-in for the other two to provide more flexibility, and leaned on the help of her mother and aunt two days a week in the early days after getting back to work, in part due to budget constraints.

"I'm one of the lucky ones because I have a partner, I have family, I make fairly good money, and it is still tough ... because child care is so expensive," she said. "A single mom who doesn't have flexibility or a solid, steady income, I wouldn't know what to do, honestly."