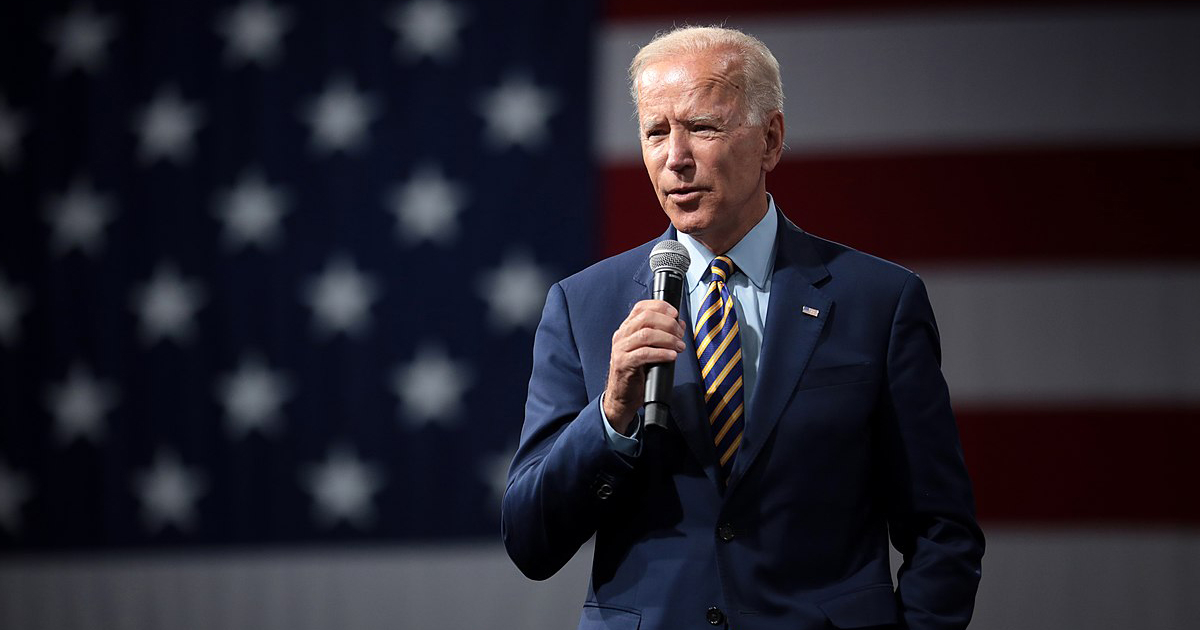 U.S. President Joe Biden has made the climate emergency one of his administration’s top priorities. Photo by jlhervàs / Flickr (CC BY 2.0)
Previous story
Next story

Joe Biden faces a key test of his commitment to climate action this week, when he sets out his core plans for tackling the climate crisis and calls on all of the world’s major economies to join him in bold action to slash greenhouse gas emissions in the next 10 years.

The U.S. president has made the climate emergency one of his administration’s top priorities, and stated that clean growth must be the route for the U.S. to rebound from the coronavirus crisis.

Biden and his climate envoy, John Kerry, will host a virtual summit of 40 world leaders to discuss the climate crisis and seek new commitments from the world’s biggest carbon emitters to fulfil the 2015 Paris Agreement.

At the meeting (running April 22 and 23), or shortly before, the U.S. is expected to unveil its national plan for cutting greenhouse gas emissions over the next 10 years. If the plan — which the Paris accord refers to as a nationally determined contribution, or NDC — is bold enough, and other countries follow suit, the world has a chance of meeting the Paris goals and avoiding dangerous levels of heating. If not, it will face a deepening climate crisis as carbon emissions rebound from their lull during the pandemic.

Christiana Figueres, a former UN climate chief who oversaw the Paris summit in 2015, said: “Everyone needs to do better NDCs. We have to increase ambition. New updates are coming out to climate science showing we are perilously close to tipping points. We have to meet the scale of that challenge, and we have to start the descent. We can no longer be on the path of increasing emissions.”

A UN assessment shows that current NDCs would lead to a reduction in emissions of just one per cent by 2030.

Civil society groups and economic analysts are busy speculating about the level of emission cuts the U.S. NDC will entail. Campaigners have called for cuts of more than 50 per cent on 2005 levels by 2030, but some analysts believe a range of 40 per cent to 45 per cent is more realistic. One thing, however, is clear: The very fact that the U.S. is to submit an NDC after Donald Trump withdrew the country from the Paris accord is of huge significance.

NDCs are vital because long-term goals are not enough to solve the climate crisis. The EU and many countries, including the U.S. and China, have set targets of reaching net-zero emissions by mid-century, but unless emissions are also brought down this decade, those long-term targets will be of little use.

That is because the climate is affected by the accumulation of carbon dioxide and other greenhouse gases in the atmosphere. Emissions dropped sharply last year as lockdowns were imposed across the world, but rebounded quickly as economies restarted. By December, carbon output was outstripping 2019 levels, and data this month shows that carbon dioxide in the atmosphere has reached 50 per cent above pre-industrial levels.

The U.S. president will also call on major economies to join him in bold action at the virtual summit of 40 world leaders. #ClimateChange #ClimateCrisis #JoeBiden #NDC

Vital UN climate talks, the COP26 to be held in Glasgow in November, will focus on coaxing as many nations as possible to the table with strong NDCs.

The U.K.’s president of COP26, Alok Sharma, said: “Today’s global targets for 2030 are nowhere near enough to meet the Paris Agreement temperature goal. So the U.K. is using the COP presidency to urge all countries to set 2030 emissions reductions targets that put us on a path to net zero.”

The U.K. has already submitted its NDC, which commits to a 68 per cent cut compared with 1990 levels by 2030. That would imply cutting emissions further and faster than any other developed country has yet agreed to do, though some analysts said the country could have gone even further. The EU has committed to cuts of 55 per cent, though the European parliament favoured 60 per cent.

Nathaniel Keohane, a senior vice-president at the Environmental Defense Fund, said: “This is the decisive decade and what happens in the next 10 years are crucial, but only the U.K. and the EU have yet put forward targets for 2030 that are consistent with net zero by 2050.”

Even more significant will be the world’s biggest emitter, China, which surprised other countries in September with a new target of reaching net-zero emissions by 2060. It has not, however, submitted an NDC to date.

“If China says nothing, things are not going to go well,” said Paul Bledsoe of the Progressive Policy Institute in Washington. “China is not doing the near-term things it needs to do if it is serious about net zero. They are building 150 new coal-fired power plants.” Beijing reiterated its intent to ensure its emissions peak by 2030 in its recent five-year plan, but analysts say that is far too late to put the world on a path to net zero, and many have called for a peak date of 2025.

The U.S. and China issued a joint statement on Saturday after Kerry’s visit to Shanghai in which they “committed to co-operating” on the pressing issue of climate change. Li Shuo, a senior Greenpeace climate adviser, welcomed the statement, which he described as being “as positive as the politics would allow.” He said it sent an unequivocal message that the two countries were prepared to work together on the issue. “Before the meetings in Shanghai, this was not a message that we could assume,” he said.

This week’s White House summit, an important staging post for COP26, should also spur other major economies to greater efforts, according to Helen Mountford, the vice-president for climate and economics at the World Resources Institute. Canada, for example, is under pressure to prove its green credentials with a strengthened NDC. “We hope to see an NDC that aligns with the long-term net zero goal,” she said.

South Korea may choose to delay its NDC until next month, according to some observers, but could commit this week to move away from coal. Japan was heavily criticized last year for submitting an NDC almost unchanged from five years ago, but Tokyo has promised a substantial revision.

India has been toying with a net-zero target and has booming investments in renewable energy, but it faces difficulty charting a way out of its coal dependency. Indonesia is similarly dependent, and under pressure. Mexico submitted an NDC backsliding on its previous position, and the U.S. has urged the country to amend it.

South Africa has been preoccupied with the COVID-19 crisis, but is seen as a regional leader on the climate. “South Africa has a very strong approach to a just transition (involving ensuring workers can retrain) away from coal, which looks fantastic, and could translate into an enhanced NDC,” said Mountford.

Some countries will be a challenge. “Russia is a very difficult country that has not got nearly enough attention,” said Bledsoe. Moscow has tended to take a low-key role at COP meetings in recent years, but as a major oil and gas producer, even small steps could be significant. “They have incredibly leaky infrastructure, with a lot of fugitive emissions from gas drilling,” he said.

Saudi Arabia also tends to operate behind the scenes at COP meetings, and has a history of obstructing agreement.

Brazil has set out a 2050 target of net-zero emissions that few observers believe is credible. The White House faces a dilemma over whether to embrace Jair Bolsonaro’s government with cash in order to halt the devastation of the Amazon.

The Australian government has rejected climate action at the same as trying to present itself as a green champion.

Even if all these countries come up with strong NDCs ahead of COP26, and that is a very big if, it will only be half the battle. Many countries are falling even further behind on policy than they are on targets.

Dr. Niklas Höhne of NewClimate Institute believes it is urgent that governments focus on implementing targets via concrete policy measures. “There is not a single government that has the policies needed,” he said.

Renewable energy is now cheap, and clean technologies such as electric vehicles widely available, so the tools to make the transition to a low-carbon economy are there.

“The past is not a good indicator for how fast we can go … we’ve seen exponential growth in renewable energy, so we can go much faster today than we did in the past,” he said. “But governments need to change their approach. We have to flip to emergency mode and act accordingly.”

Agencies contributed to this report