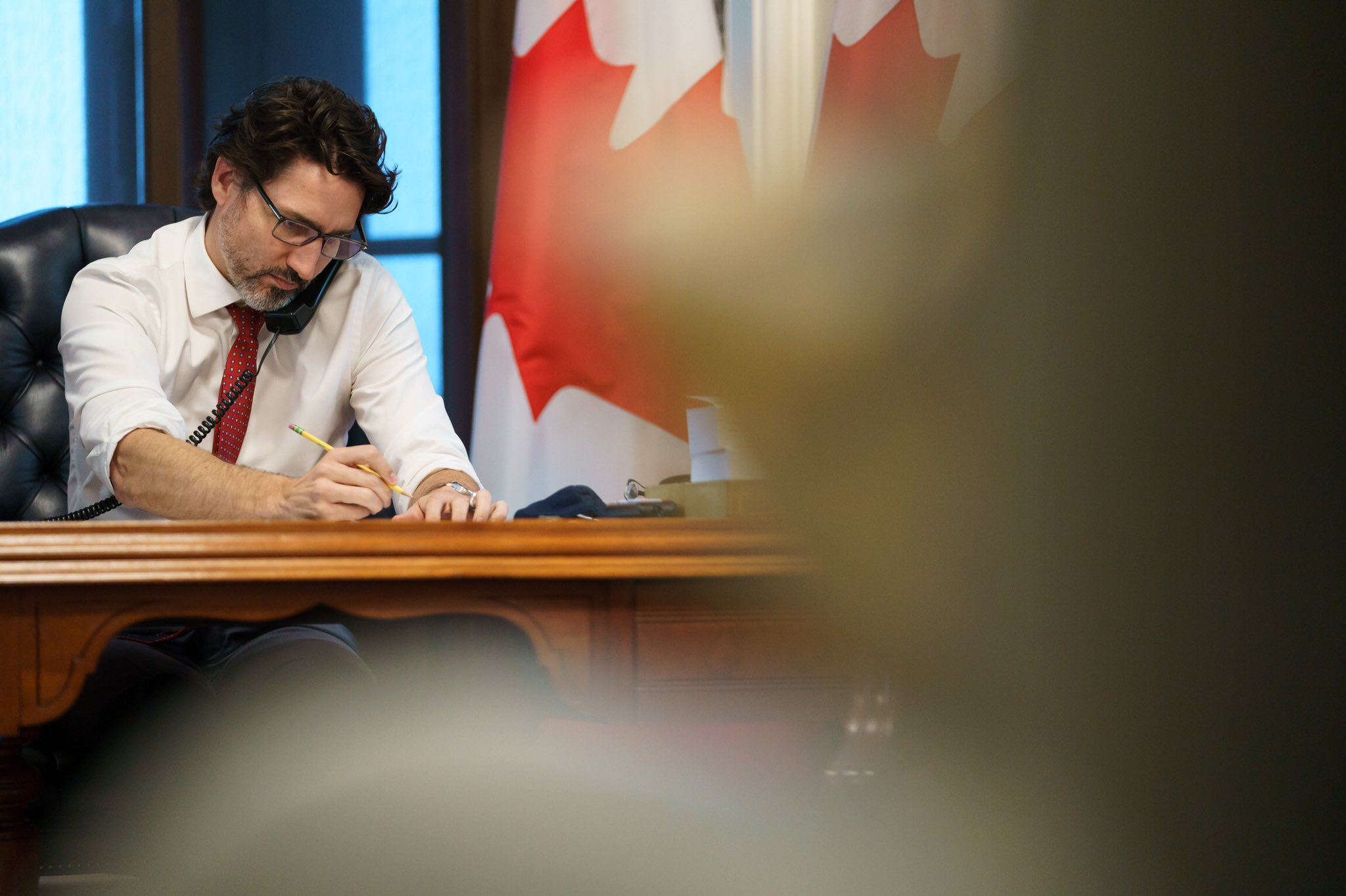 Canada’s new carbon pollution target is a range, rather than a specific number, in order to signal the “uncertainty” involved in setting future goals based on forecasts, the federal government said Thursday.

Prime Minister Justin Trudeau announced April 22 that Canada’s new greenhouse gas reduction target under the Paris Agreement would be “40 to 45 per cent” below 2005 levels by 2030.

Canada's 2005 levels were estimated to be 739 million tonnes (Mt) of greenhouse gases in its latest national inventory submission to the United Nations.

In 2019, the most recent year data is available, emissions stood relatively unchanged at 730 Mt.

“When Canadians elected us five years ago, our emissions were projected to keep rising through 2030,” Trudeau said at the Leaders Summit on Climate, hosted virtually by U.S. President Joe Biden.

“But with hard work and a solid plan, Canada is now on track to blow past our old target.”

'Models are models — they’re based on assumptions'

Environment and Climate Change Minister Jonathan Wilkinson told Canada’s National Observer he felt a target range was appropriate this time because it “communicates to Canadians that there is some uncertainty about these things.”

“It reflects ambition in terms of continually pushing towards the upper end of that range, but it also reflects the fact that anybody, and any country, who tells you that they have the exact number that they are going to hit isn’t telling you the truth,” he said.

Canada’s new emissions reduction target under the #ParisAgreement will be 40 to 45 per cent below 2005 levels by 2030. #cdnpoli #ClimateAction #LeadersClimateSummit

“Models are models — they’re based on assumptions, and they’re based on forecasts with respect to a whole range of different variables. And what we’re saying to Canadians is, based on everything that we know and the assumptions that we’ve made based on the evidence that exists today, this is a reasonable target for this country.”

Wilkinson also said he had met with the leaders of national Indigenous organizations “on at least a couple of occasions” during the process of developing the new target.

He said he had also committed to them that they would be part of the framing of Canada’s new nationally determined contribution at COP26, the next UN climate summit.

Phasing out coal, but oil and gas remains

The Liberals argue their initial climate plan, the Pan-Canadian Framework, has put Canada on a path to slashing 227 Mt of emissions by 2030. They say their new climate plan will cut 85 Mt more by that date.

The difficulty will be in actually achieving all the reductions the government promises will happen as a result of their plans.

The government points out, however, that Canada’s 2019 emissions were down by 34 Mt compared to what they were previously projected to be in 2015, the year the Liberals took power and before they could establish their climate plans.

Wilkinson has also promised 2019 would be the last year emissions climbed, due to the government’s plans coming online.

For one, the government now has a clear path to continue raising its carbon price, a key part of its climate plan, after the Supreme Court ruled last month that Parliament had acted constitutionally when it passed the legislation.

But Canada still has an oil and gas industry that represents the largest portion of Canada’s emissions by economic sector, at 191 Mt, and a transport sector that is not far behind at 186 Mt.

Over the last 15 years, emissions from oil and gas extraction and gas-powered trucks and heavy-duty diesel vehicles have climbed. But they were partly offset by plummeting emissions from electricity generation, in part because of shuttering coal power.

As Trudeau pointed out Thursday, Canada has already committed to phasing out its coal plants, so that option is no longer on the table as a new source of emissions to tackle.

"If major economies in the room were to follow Canada's lead and adopt a rising price on pollution and commit to phase out coal plants, we would accelerate our global path for a safe, prosperous net-zero future," he said.

When introducing the summit, Biden said the opportunity was there to create jobs in the new low-carbon economy, from cleaning up abandoned oil and gas wells to installing electric vehicle charging stations, renewable energy sources and carbon-capture technology on factories.

“By maintaining those investments, and putting these people to work, the United States sets out to cut greenhouse gases in half — in half — by the end of this decade,” he said.

“That’s what we can do, if we take action to build an economy that’s not only more prosperous, but healthier, fairer and cleaner for the entire planet.”

She said the Biden administration’s plan of at least 50 per cent reductions was a “vastly more ambitious plan.”

“Canadians can’t afford to be left behind when it comes to creating clean jobs and protecting our environment,” said Collins.

Climate Action Network Canada said the country should be aiming for at least a 60 per cent cut below 2005 levels by 2030.

That is what Canada’s “fair share” would look like, it said, towards a goal of holding global heating to 1.5 degrees Celsius above pre-industrial levels.

“It’s good to see Canada is driving up ambition — and it’s not enough,” said executive director Catherine Abreu, who is also a member of the government’s Net-Zero Advisory Body.

“The new target is not aligned with a 1.5 C compatible future ... we hope to see Canada continue to ramp up ambition, both in future years and as (climate target) consultations occur in coming months.”

Environment and Climate Change Minister Jonathan Wilkinson: “It reflects ambition in terms of continually pushing towards the upper end of that range, but it also reflects the fact that anybody, and any country, who tells you that they have the exact number that they are going to hit isn’t telling you the truth."