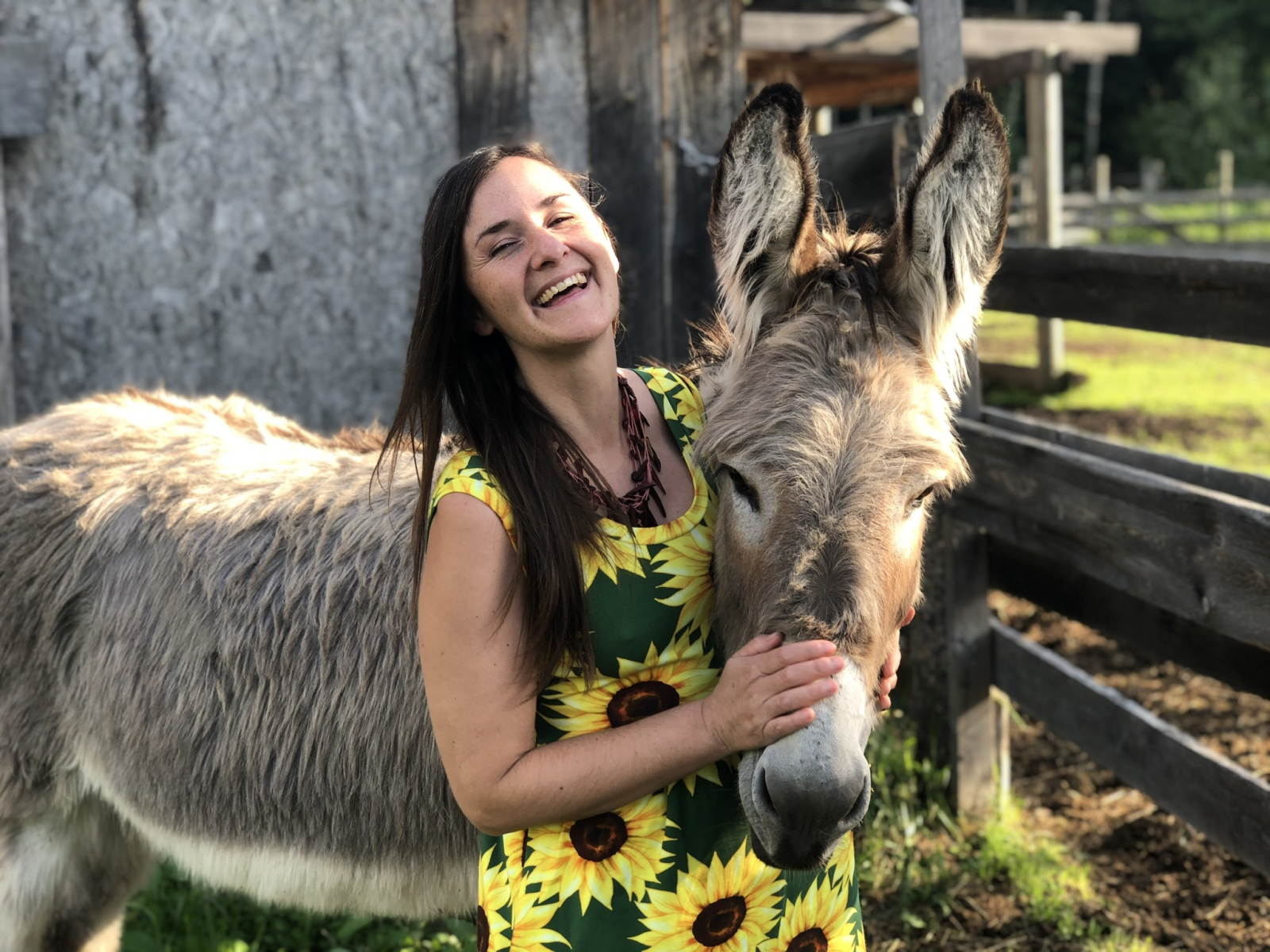 Tiffany Traverse will be partnering with a team of researchers from Agriculture and Agri-Food Canada to study the impact of different manures — including donkey manure — on soil health. Photo provided by Tiffany Traverse
Previous story
Next story

For Tiffany Traverse, the next two growing seasons will be busy studying beans, oats — and lots of dung.

The Peace Country farmer is collaborating with two federal soil scientists to study how different kinds of manure can enhance the region’s clay-filled soil. But unlike most government research, which focuses on large-scale farming, the project will look at small-scale agriculture — and blend western agricultural science and Indigenous farming methods.

“I really wanted to seek a way that we could do research together that would not only satisfy their super nerdy western science (on) soil health … but also to have me come in and shake things up a little bit, to bring in some of the Indigenous knowledge that I have,” said Traverse, who is of mixed Secwépemc/settler ancestry. She has spent recent years learning seed saving and farming techniques grounded in Indigenous methodologies from Rowen White, a Mohawk seed steward and farmer.

The two-year project will test how the manure produced by Traverse’s horses and donkeys, cattle, pigs, poultry, and vermicompost, or worm compost, impacts soil and plant health. All the manure will be produced on-farm and applied to small plots, an unusual approach for government-funded research, which typically uses external fertilizers and large-scale plots. The team’s choice of crops — heirloom fava beans the first season, and oats in the second — differs from the norm, Traverse said.

“It’s a bit of a closed loop. It’s this ideal integrated crop (and) livestock system,” said Monika Gorzelak, a soil scientist with Agriculture and Agri-Food Canada (AAFC) who will be working alongside Traverse and two other AAFC researchers, Bharat Shrestha and Greg Semach, on the project.

That’s a big shift from conventional farming practices, she explained.

Fertilizers and livestock production combined are responsible for most of Canada’s agricultural greenhouse gas emissions, about eight per cent of Canada’s total emissions, according to Environment and Climate Change Canada. The widespread practice of monocropping — planting vast fields with a single crop and feeding it with artificial fertilizers — is also tied to declining pollinator populations and biodiversity.

“It’s really exciting that there’s a push to look at alternative (farming) systems … and I would argue it's essential if we want to reduce greenhouse gas emissions," says @IronMonika, a researcher with @AAFC_Canada. #Farming #Agriculture

“I love looking at systems holistically, and that’s what Tiffany is doing. She’s got multiple different kinds of animals, different manures,” said Gorzelak. “It’s really exciting that there’s a push to look at alternative (farming) systems … and I would argue it's essential if we want to reduce greenhouse gas emissions, which we absolutely have to.”

That holistic vision extends beyond the relationship between manure and soil health, Traverse explained. The moon dictates when she plants, tends, and harvests; she will feed family, friends, and community with the beans and oats she grows. And the project wouldn’t be successful without fostering a healthy relationship with Gorzelak and Shrestha, she said.

“There’s a lot more back and forth” between the scientists and farmer about the study than usual, she said. Yet despite occasional differences, the project has so far come together smoothly.

“Understanding (Traverse’s) traditional knowledge and interpreting … western science will be really cool. It’s tough to document and acknowledge traditional knowledge (in research) and try to find common ground for agricultural sustainability,” said Shrestha. Originally from rural Nepal, he noted that Traverse’s farming techniques are similar to those used by his family on their farm.

“We can leverage that skill and knowledge (in the project),” he said. “We will prepare detailed guidelines on how to sample, but all the planting and crop management will be done using (Traverse’s) knowledge and skill.”

The results could help lay the groundwork for more diverse and resilient farms in the Peace Country — an exciting prospect in light of a shifting climate.

While the overall impacts of a changing climate remain unclear, it is likely the Peace Region will get warmer and welcome more crops. Understanding how to enhance soil health in the region’s clay-filled earth sustainably is key to making the region’s farms better adapted to the changes, Shrestha said.

Still, Traverse and the scientists were clear that a single study only marks the start of that knowledge-gathering. For the region to remain resilient, continuous research drawing on Indigenous and western methodologies will be needed.

“The research needs to keep happening,” said Traverse. “We need to keep growing and adapting … the methodologies that we’re using to do research need to be adapting. I’m hoping there’s going to be more money set aside for this type of research that’s actually done on farms.”

An important study no doubt.

An important study no doubt. I suggest considering adding another on site manure that is endemic to the human condition and historically was an important component of the recycling of the nutrient and health of soils used for human food production. In our advanced societies today that component is treated as a waste, made toxic and to the extent possible kept out of the Biosphere cycle. Human poop and urine! It seems counter intuative to steadfastly ignore potential benefit to utilizing this component of our own life cycles.
As a kid growing up on a hill farm in NS I recall my dad taking the accumulations from the outhouse to a garden and adding it to the fertalizing mix of horse and cow manure . It was a very productive vetatable garden!