By Emma McIntosh | News, Energy, Politics | April 27th 2021
For subscribers
#13 of 13 articles from the Special Report: Ontario: A Place to Cut 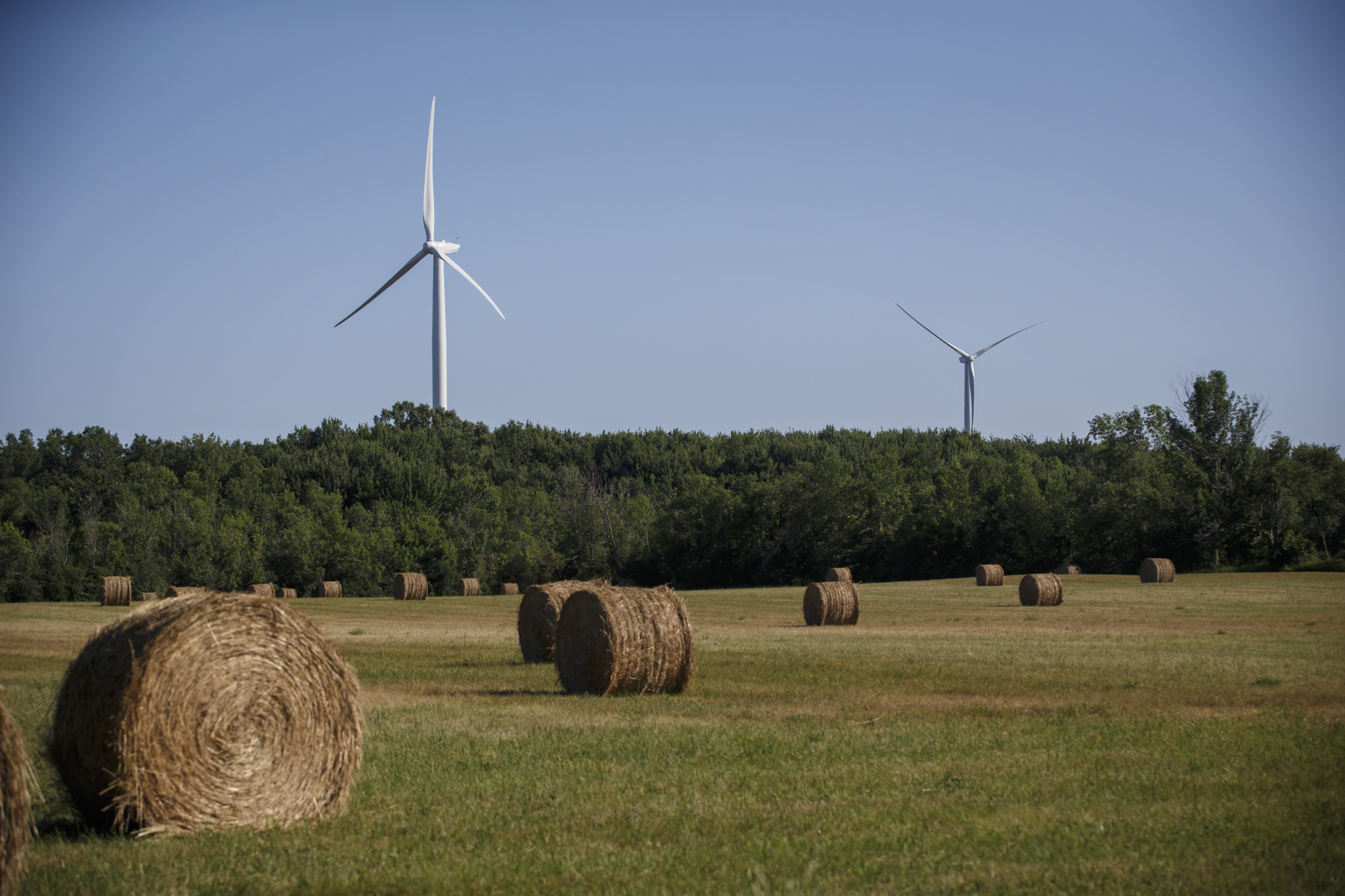 Windmills from the White Pines wind farm in Milford, Ont., on July 19, 2018. The partially built project was previously cancelled by the Ford government. File photo by Cole Burston
Previous story

The Ford government is seeking to deprioritize renewable energy, repealing measures that made it easier to build new green power projects.

The proposed changes were embedded in Bill 276, which the government introduced earlier this month, saying it would “help businesses rebound” from the economic fallout of COVID-19. In a posting to Ontario’s environmental registry, the province said it’s “no longer appropriate” to prioritize clean energy because “Ontario has built a clean energy supply.”

Under the current rules, Ontario’s electricity regulator, the Ontario Energy Board, must consider the promotion of renewable energy when it decides whether an electricity transmission project is in the public interest. If passed, Bill 276 would do away with that requirement.

“I mean, are they living under a rock?” said Ontario NDP environment critic Sandy Shaw in a phone interview.

“I don't think anyone thinks that's a solved issue.”

The legislation would also eliminate rules that give clean energy projects a priority timeline for getting connected to the grid.

Alex Puddifant, a spokesperson for Ontario Energy Minister Greg Rickford, said in an email Monday that the province’s electricity grid is mostly emissions-free.

“This proposed change will ensure our energy system will continue to balance value for taxpayers, system reliability and environmental impact.”

In 2018, about 96 per cent of Ontario’s power came from zero-carbon sources. Nearly two-thirds was from nuclear energy and 26 per cent came from hydroelectricity, with wind and solar making up seven and two per cent, respectively.

The Ontario government has proposed repealing measures that made it easier to build new renewable energy projects. Critics say the changes would be a significant step backwards. #onpoli #RenewableEnergy

However, carbon emissions from Ontario’s energy sector are poised to triple over the next decade as nuclear stations go offline for refurbishment. The Ford government plans to use natural gas to make up the gap and has spent nearly $3 billion to purchase gas plants from TC Energy.

The Progressive Conservative government has also spent $231 million to cancel over 750 renewable energy projects. “If I could tear up every wind turbine in this province, I would," said Premier Doug Ford, who campaigned on promises to lower electricity bills, in late 2019.

Jack Gibbons, chair of the Ontario Clean Air Alliance, said the proposed changes are “economically and environmentally irrational.” Though wind and solar power used to be relatively expensive, costs have gone down so much in recent years that they’re now cheaper than natural gas, he said.

“Things have changed so much because of huge technological progress,” Gibbons said.

“If Doug Ford really wanted to keep his promise to reduce electricity bills by 12 per cent, he would be investing in wind and solar.”

“It's almost as if they're saying climate action through electricity generation is no longer in the public interest,” Schreiner said.

“It just shows how they're putting ideology ahead of good science and sound economics.”

Ontario Liberal environment critic Lucille Collard said the proposal is “another example of the government’s tendency to sacrifice the environment in favour of polluters.”

“If something is working to benefit our environment, why would we go backwards?” she said in a statement. “Emissions are still dangerously high and we should always be striving to do more, not less, to protect our planet.”

Puddifant didn’t answer questions about how the proposed changes would mesh with Ontario’s climate goals.

Last year, Ontario auditor general Bonnie Lysyk found the province is at risk of missing its climate targets, in part because the issue didn’t appear to be a cross-government priority.

the rearguard right are

the rearguard right are terrified by change, poor dears. If only their irrational hold the fort on the status quo (ie. our donor billionaires who benefit from "things as they were in the '50s") didn't scew the rest and doom our future.
VOTE THE (S)UCKERS OUT. VOTE FOR GREEN CHANGES.

Well, of course he continues

Well, of course he continues to "depriortize" green energy. It's what got him elected the first time - maybe not so much now....

Between climate emergency awareness and pandemic economics things just aren't quite so cozy as they were. That progressive generation that is insidiously seeping into the voting polls? They don't necessarily think like their parents and they have their eyes on an entirely different economy and future.

While I am not a huge fan of

While I am not a huge fan of Doug Ford, on this file at least his policy makes sense. As the article notes, 96% of Ontario's electricity is GHG free thanks to nuclear and hydro. That will be true for the next 40 years.