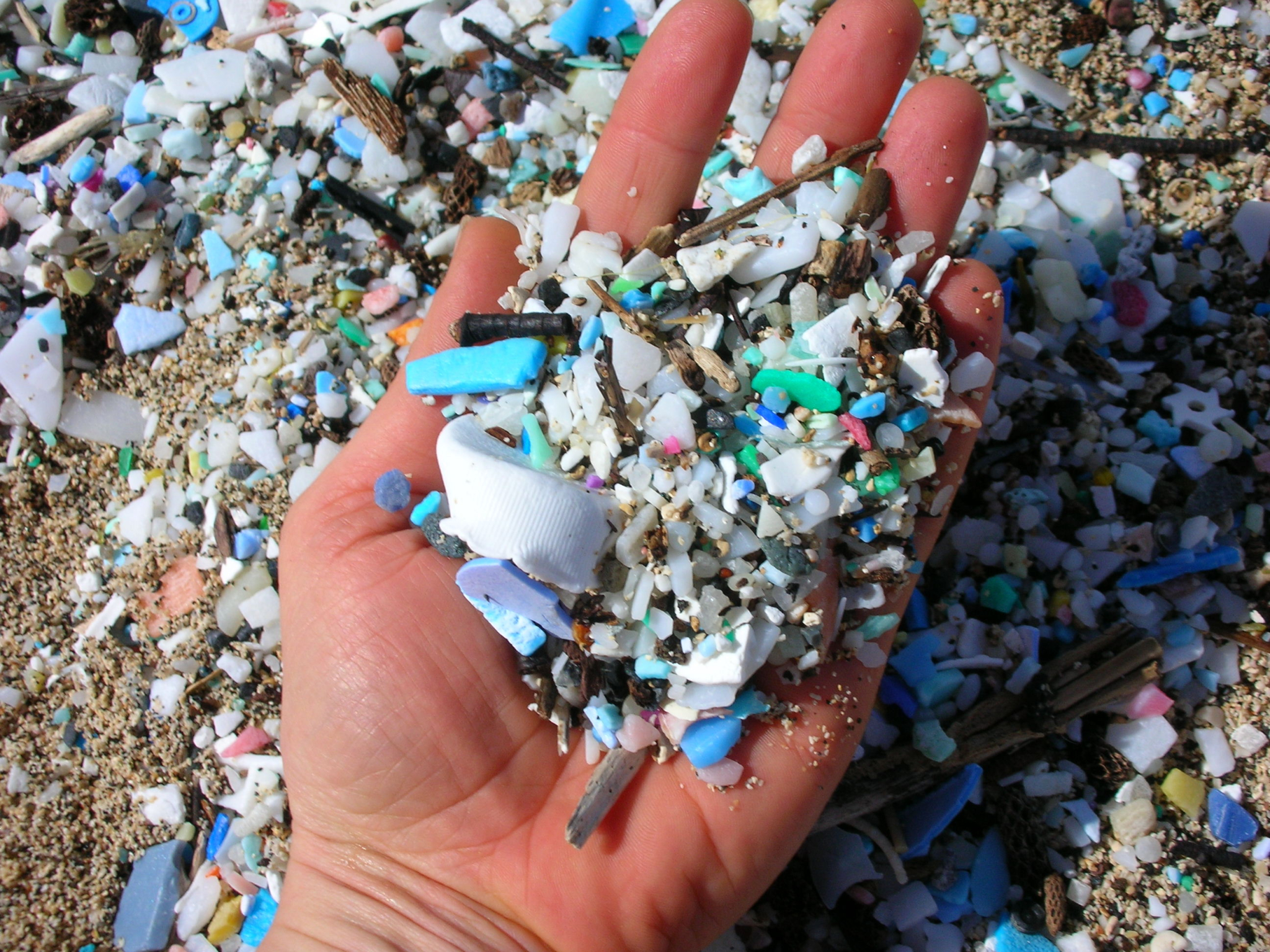 Humans have produced about 8.3 billion tonnes of plastic since the 1950s, and most has ended up in landfills or the ocean, according to the UN. Photo by Greenpeace/The 5 Gyres Institute
Previous story
Next story

Plastic, pesticides and other toxic substances are devastating the world’s fish and marine animals, according to a report released Tuesday.

The study, which was not peer-reviewed, was published by the International Pollutants Elimination Network (IPEN), a global coalition of environmental organizations. It reviewed academic research conducted worldwide on the impacts of plastic and toxic chemicals, and is the first systematic review of these dispersed studies designed to paint a global picture of the problem.

The findings were dire: Pollution is compromising the world’s oceans, fisheries and coastal communities while exacerbating the impacts of climate change and overfishing.

“Many people think that fish declines are just the result of overfishing,” said Matt Landos, a researcher, aquatic veterinarian and co-author on the report.

“In fact, the entire aquatic food web has been seriously compromised with fewer fish at the top, losses of invertebrates in the sediments and water column, less healthy marine algae, coral and other habitats, (and) a proliferation of bacteria and toxic algae blooms. Chemical pollution (and) climate change … are the chief reason for these losses.”

About three billion people worldwide rely on fish for protein, particularly in less wealthy countries, the report noted. In Canada, oceans, lakes and rivers are culturally and nutritionally vital to many Indigenous communities and support fisheries worth roughly $3.7 billion, according to Statistics Canada.

Between 100,000 and 350,000 chemicals are sold today, and only about one per cent have been tested to assess their health and environmental impact, the report notes. Plastics are equally widespread, and about 8.3 billion tonnes have been produced since the 1950s, according to the UN.

Pesticides, pollutants like phthalates and per- and polyfluoroalkyls (PFAS), pharmaceuticals and plastics are particularly concerning, the report noted.

Plastic, pesticides and other toxic substances are devastating the world’s fish and marine animals, according to a report released Tuesday by @ToxicsFree.

“Much of the action is taking place in animals’ life stages that are largely hidden from the naked eye. (For instance), the impacts we’re seeing are quite serious on embryonic life,” Landos said.

The chemicals poison aquatic animals’ immune, endocrine and other key biological systems, he explained. They can also bioaccumulate throughout the food chain, poisoning top predators like seals, whales — and people.

Plastics have an even broader impact as they’re often eaten by fish and other animals, stuffing their stomachs and leaving them to starve. Microplastics also leach toxic chemicals into organisms and aquatic environment, Landos noted.

The study’s findings come as no surprise to the principal investigator of the University of British Columbia’s ocean pollution research unit, Juan Jose Alava Santos, who did not work on the report.

“Anthropogenic pollution is probably one of the main anthropogenic stressors in the Anthropocene — an era of global change where humans have basically reshaped and changed many ecological processes,” he said. “The ocean is basically receiving a cocktail of chemicals that end up in the water and also in the sediment.”

This pollution compounds with overfishing and climate change to upend the ecological balance of oceans, rivers and lakes, he said. That’s because warmer and more acidic waters can pose health threats or habitat risks to vulnerable species, while overfishing transforms the predator-prey relationships between different aquatic animals.

“We see that it is kind of a conspiracy between climate change and overfishing (that can) exacerbate pollution in the environment,” he said. Those impacts can be particularly felt in the world’s pollution hot spots — places like the Arctic, the English Channel and the Salish Sea.

In the Pacific Northwest and the English Channel, years of pesticide use and industrial pollution have left persistent organic pollutants in oceanic and riparian sediments. Meanwhile, global atmospheric currents carry pollution from temperate and tropical latitudes to the poles, where colder temperatures make them fall from the clouds and contaminate remote polar ecosystems, he explained.

Ending the crisis will take a wholesale transformation in how we use and regulate chemicals and plastics, Landos and Alava Santos agreed. Pollution can originate almost anywhere — from farm fields to landfills to factories — and pollution laws have so far failed to end the problem. Ending it will take a systemic transformation.

“So many of these issues come back to the way in which we’ve designed our economies as linear economies, with the primary driver in that linear economy being fossil fuels,” explained Landos.

For instance, the oil and gas industry is banking on plastics to make up between 45 and 95 percent of its future growth, according to a 2020 report by the Carbon Tracker Initiative. Nor can other pollutants, from pesticides to PCBs, continue to be produced and released into the environment without exacerbating the crisis, Alava Santos echoed.

“We have to shift from thinking about maintaining a linear economy to moving to a circular economy that doesn’t continuously add more pollution into the biosphere and hope that it’s not going to have an ever-worsening effect,” said Landos. “What the data says is that there is already a very, very serious effect (on biodiversity) from the pollution we’ve already generated.”