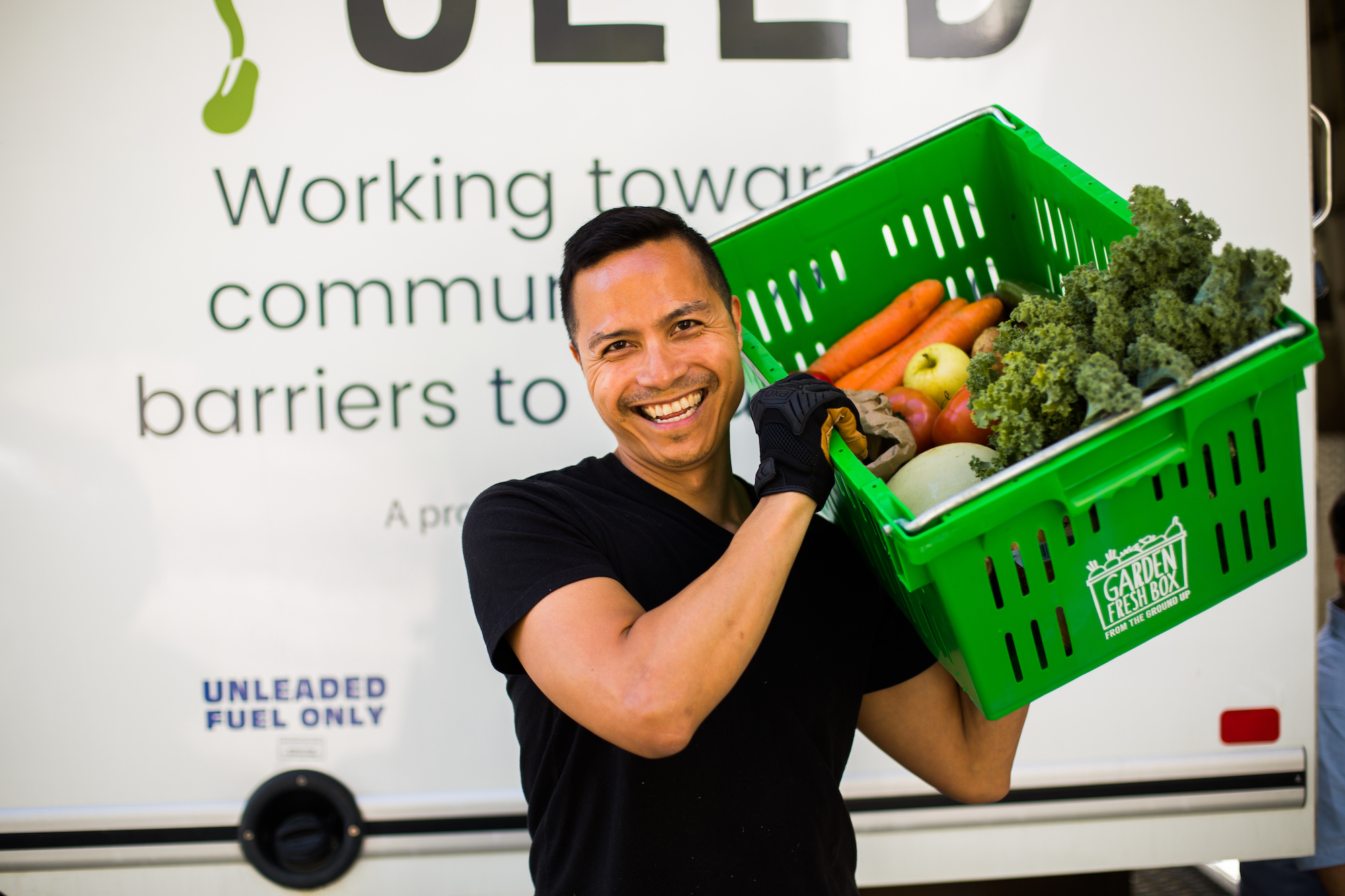 About 500 households have signed up for the SEED's online grocery service so far. Photo by the SEED
Previous story
Next story

Dan Gillis’s grocery dollars are bucking the trend. Instead of fuelling profits for a chain supermarket, Gillis is ordering food from a non-profit online food delivery service and helping his less well-off neighbours afford food.

Unlike traditional supermarkets, where everyone pays the same, only those customers who can afford to pay regular retail prices are charged full freight. SEED, which operates with some volunteer staff, uses profits earned from full-paying customers to fund discounts for lower-income people using the service.

Because SEED is a non-profit and sources its food from wholesalers, grocery prices are still below what most chain supermarkets charge.

“(Joining) was a super no-brainer — this is such an easy way of contributing,” said Gillis, a professor of computer science at the University of Guelph.

“I’m spending less on groceries buying through the SEED than I would be going to (the local supermarket), but I’m still able to contribute to supporting people who can’t necessarily afford the same sort of price point.”

The new, socially minded grocery store sits at the crux of two problems: Rising hunger and a corporate monopoly on groceries.

In June, Statistics Canada reported that about 15 per cent of Canadians — 5.3 million people, or roughly twice the population of Vancouver — couldn’t afford food at least once in the previous month, a four per cent increase over 2018.

While the pandemic has helped drive up the numbers, food insecurity has been on the upswing in Canada for decades, said Valerie Tarasuk, a professor of nutritional sciences at the University of Toronto and principal investigator of PROOF, a research project studying food insecurity. Women, Indigenous people, people of colour and families with children have been particularly hard hit.

Meanwhile, three grocery chains — Loblaws, Sobeys, and Metro — control about 63 per cent of Canada’s grocery stores. That relative monopoly reduces consumers’ ability to demand lower prices, and leaves farmers and food processors unable to set prices that can keep them in business.

"This is very experimental, but we believe it will work because the (profit) margins ... are not bad on food, from what we can see... The math tells us that we can do this and can use that profit derived from people paying regular retail price for groceries towards discounts for people who otherwise couldn't afford food."

The initiative replicates the techniques used by most grocery stores to become more economically efficient to generate more revenue for the overall community. It's a crude form of wealth redistribution, Dandy explained, that also fosters community by offering clients a chance to volunteer with the non-profit.

But critics say the project is fundamentally flawed.

"(It) echoes the corporatized charitable food bank/surplus food model, in particular its dependence on volunteer labour and donor goodwill," said Graham Riches, professor emeritus of social work at the University of British Columbia who studies food insecurity, in an emailed interview.

Food banks, which first appeared in Canada in the 1980s, have long been criticized for their reliance on corporate donations of food and money and on volunteer labour. That approach, he explained, does nothing to solve the poverty at the heart of food insecurity.

For instance, about 65 per cent of food-insecure Canadians' income comes from wages, according to PROOF. The end to food insecurity will only be in sight when Canadians have adequate wages, reliable jobs, and a universal basic income, he said. Furthermore, he noted the organization's success is entirely dependent on wealthier people wanting to sign up — and on clients having enough internet access and language skills to sign up.

"(It's) hardly a sustainable rights-based approach to ending food insecurity … (because) discounted food stores offer no guarantee your food needs will be met," he said.

Tarasuk agreed: "This social supermarket venture does not hold the keys to reducing (let alone ending or preventing) food insecurity... It is just another example of noblesse oblige," she said.

"I believe that groceries from the SEED can be part of a really complex and well-thought-out strategy for our community to achieve long-term goals that are sustainable," he said.

"But it's just one thing out of many — it's not some magic bullet... We need to change our public strategy, to change our policies, change the way that governments and businesses and individuals act, (and) change what we expect of ourselves as a community."

Well the criticisms of the

Well the criticisms of the charity model of food banks are true. That said, until there is a major change in our country's social policies, they serve a necessary goal - keeping families from going hungry. In addition, a number of local food banks make it their business to run food prep training, community gardens etc.. So if you're averse to the charity model, as I am, look for the ones that have community members on their board and community building as part of their remit.

We dpn't need a Universal

We dpn't need a Universal Basic Income. Ever wonder why the Fraser Institute, and increasing numbers of corporate think tanks push UBI? Because everyone gets it. Basically, The Plan contemplated by UBI is that all current income support payments get rolled into one fund, which would be divided equally among all people: that means the same amount of money, for more people. That is, quite frankly, just one more unfair subsidy to people earning incomes quite sufficient to support them nicely, thank you.
What we need is a Guaranteed Livable Income. That means that bank presidents won't qualify for it, and neither would prime ministers and their cabinet members.
We have plenty of income-tested support entitlements, to show that they can work. All that is needed is some kind of fast response mechanism when income disappears. The CERE has proven that can be done.