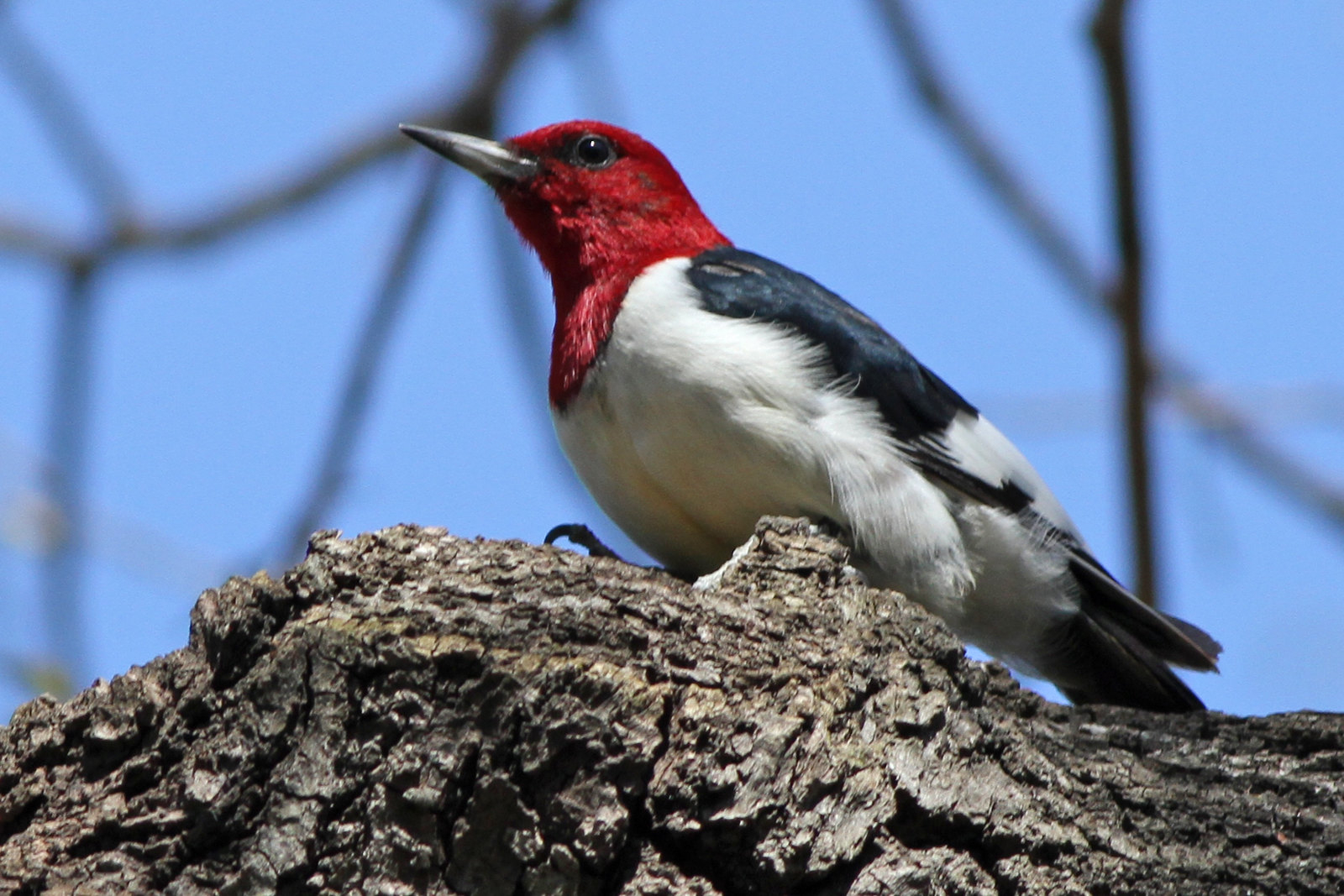 The red-headed woodpecker now qualifies as endangered in Ontario, according to an independent panel. Photo by Bill B / Flickr (CC BY-NC-ND 2.0)
Previous story
Next story

The independent panel that assesses species at risk in Ontario has marked two subtypes of lake whitefish as extinct and uplisted the red-headed woodpecker, which is now considered endangered.

The Committee on the Status of Species at Risk in Ontario, or COSSARO, also made 15 additions this year to its tally of plants and animals at risk.

The number of reclassified species is unusually high this year because the committee was working through a backlog. The panel didn’t have enough members to vote on species in 2018, and then the following year, the chair of the committee was diagnosed with cancer.

“That forced me to take a bit of time off,” said Tom Hilditch, the chair of COSSARO.

“We had a backlog mostly due to me and my illness, and due to not having enough members to hit quorum for voting.”

After spending a year going through various treatments ⁠— awake brain surgery, chemotherapy and radiation ⁠— Hilditch emerged recovered, and is now feeling healthier than ever. In 2020, he returned to the helm of the committee, the province appointed more members and the panel held five extra meetings to power through its long to-do list.

The resulting COSSARO report, filed to Ontario Environment Minister Jeff Yurek in January, was made public earlier this month. The Ontario Ministry of the Environment, Conservation and Parks didn’t respond by deadline when asked why it didn’t appoint more committee members to COSSARO in 2018 and 2019, which would have allowed the committee to get quorum and vote on new species classifications.

COSSARO doesn’t review every single plant and animal each year ⁠— that would be an enormous task, with over 200 on Ontario's species-at-risk list. But it does examine species that may be on the decline, guided by research by government staff and others, and any plants and animals in the province that have already been assessed by the committee’s federal counterpart.

The independent panel that assesses endangered species in Ontario has marked two subtypes of Ontario lake whitefish as extinct. It has also uplisted the red-headed woodpecker, which now qualifies as endangered. #onpoli

The red-tailed leafhopper, a rare insect, is newly listed as a species of special concern, a lower level of risk than “threatened.”

The latest COSSARO report is the first to be released since the Ford government weakened the province’s Endangered Species Act in 2019. The new rules weren’t a factor in the unusually high number of species newly classified as at-risk this year, Hilditch said ⁠— that was purely a result of the backlog.

The changes gave the province’s environment minister sweeping powers to delay protections for endangered species. Though COSSARO classifies species at risk, they aren’t formally protected in Ontario until the government amends the Endangered Species Act.

Before the changes, the environment minister would have three months after the submission of a report from COSSARO to list and protect species based on the committee’s findings. Now, that deadline has been extended to 12 months. The rewrite also gave the minister the power to delay protecting species for up to three years based on social and economic factors.

Other contentious changes included allowing developers to pay a fee in exchange for destroying endangered species habitat, and allowing species that are declining in Ontario to be removed from the at-risk list if there are significant populations outside of the province.

It’s concerning that the species that have just been added to the at-risk list may not be protected for at least a year, said Nico Muñoz, a PhD candidate supervised by Simon Fraser and Western universities who has examined Ontario’s new endangered species rules.

“The official list of species at risk in Ontario hasn't been updated since August 2018, and so with this new 12-month window, the earliest it will be updated is January 2022,” he said.

There have been cases where species have gone extinct as governments delayed protecting them, Muñoz said. One example is the Christmas Island pipistrelle, a bat that died out after Australian authorities failed to act on warnings that it was declining rapidly.

It’s not quite clear when Ontario’s 2019 changes could start influencing the health of endangered species, said Joseph Bennett, an associate professor in Carleton University’s biology department who specializes in threatened species. In general, he added, it’s uncommon to see species-at-risk lists in North America shrink.

“There's a few reasons. The primary one is that we're just not doing a good job, just about anywhere, in protecting species from going extinct,” he said.

“The secondary reason, I think, is that we're also getting better data. And so as we learn more about species and where they are, we're also learning about ones that are in trouble, too."