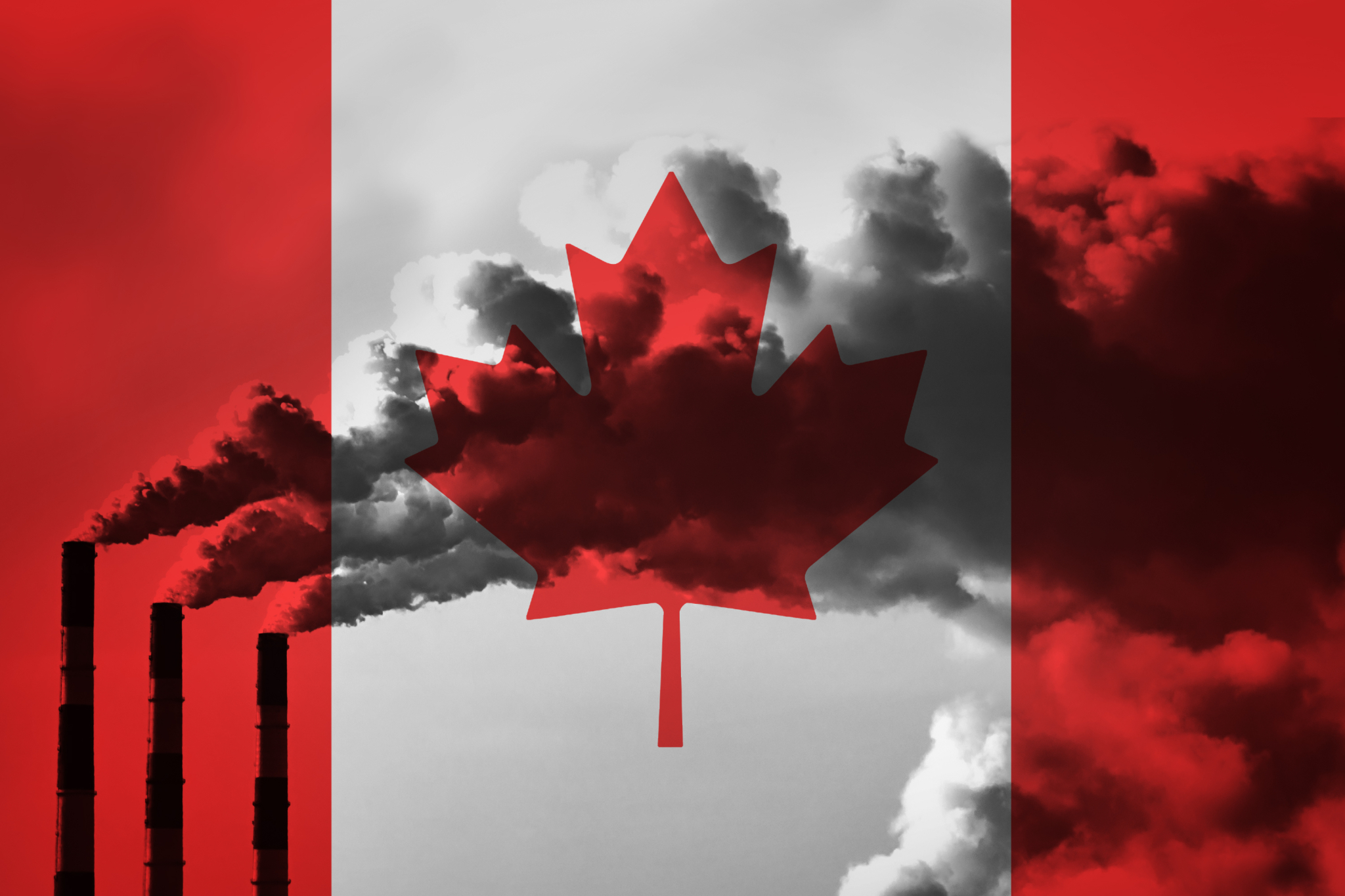 The climate crisis requires dogged resistance as we dig in for the long haul, writes Ralph Martin. Photo by Shutterstock
Previous story
Next story

Seth Klein approaches the challenge of the climate crisis as A Good War, the title of his new book. He refers to C.D. Howe, our Canadian minister of everything during the Second World War who revamped government, harnessed industry and ensured that Canada was well equipped to fight Hitler. Klein argues the Canadian government could similarly fight rising greenhouse gas (GHG) emissions, which are expected to devastate all countries.

Some have hesitated to compare the Second World War to the climate crisis because it evolved slowly over the span of industrialization, and although the climate crisis is now rapidly advancing, it will be less clear when it is over. This climate crisis is a flash in the pan contrasted with gradual climate shifts in Earth’s history. Nevertheless, for humans, this crisis will stretch on for decades or possibly centuries.

In my opinion, rather than a war, the climate crisis requires dogged resistance as we dig in for the long haul. Klein is correct to urge us to take steps quickly, and not just baby steps but real, adult strides. Our current cumulative emissions may already have flipped climate systems to a new trajectory.

Yes, we must react quickly while also settling in to persevere for as long as it takes.

When the Israelites were in Egypt, pharaohs ordered all their first-born males to be killed. One mother resisted by hiding her baby for three months and then placing him in a floating basket among the reeds. Her young daughter, Miriam, watched and eventually saw the daughter of the pharaoh approach the basket and open it, with evident compassion for the crying baby. In a remarkable repartee of restoration, Miriam offered to find a nurse (her mama) and then clinched a royal upbringing for her brother, Moses. She dealt with the immediate risk while being strategic in the long game of restoring freedom for her people. The training of Moses would pay dividends.

We need the same kind of long game when battling the climate crisis.

GHG emissions are harming poor people now and, as they accumulate, will increase hardships. In 2017, 2018 and 2019, not only did Canadian GHG emissions fail to trend down toward our 2030 target, they actually went up in each of those years. Canada, despite the promises of previous Liberal and Conservative governments, is the only G7 country emitting more GHGs now than we did in 1990; embarrassingly, 21 per cent more.

In 2019, when I was a Green Party candidate in Wellington-Halton Hills, numerous voters expressed urgency about the climate. Grandparents who had always voted Liberal or Conservative expressed authentic concern about the lives of their grandchildren in a world of floods, droughts and rising sea levels. They wanted to tell me, the Green guy, what they were doing to reduce their footprints.

I was optimistic approaching election day that enough of these concerned citizens would vote for me. Most did not. A majority of habitual voters just couldn’t bring themselves to vote differently than before while hoping their traditional parties might eventually do the right things. So far, they are not. More than ever, we need a government that will establish an inner climate cabinet of all parties and, like Moses’s mama, will authorize a 21st-century Miriam to mobilize for immediate risks, in the context of strategic adaptive management, for as long as required.

The climate crisis is the predictable reaction of Earth systems to human patterns of production and consumption. Humanity is acting like a truculent toddler screaming at Mother Earth: “You’re not the boss of me.” As a matter of fact, she is.

Canada needs to react quickly to the threat of the climate crisis — and also play the long game, writes @ralphmartinOAC. #ClimateChange

Resistance is required to halt the patterns of production. For example, let’s stop subsidizing the fossil fuel industry, which is well beyond the training-wheels stage. It is time to slow it down. It is also necessary to resist profligate consumption patterns. For example, wasting over 50 per cent of food is tragic, and even “unavoidable” waste, with some probing, can either be assessed as actually avoidable or much of it can be repurposed for animal feed.

Restoring patterns of production and consumption will include green energy, less travel, less material use and discerning needs from wants. It is time to restore the old-fashioned word “conserve.” Since Earth systems are the final regulator, we should conserve ecological systems and the roles of our numerous relatives, non-human creatures.

To conserve recent economic structures is to underachieve. However, conserving ecological resilience strengthens a healthy long-term economy and associated possibilities. Restoration is to focus production on what we need, to transform waste to inputs in a circular economy and to consume with care and gratitude. What if resisting the climate crisis restored a better life?

Ralph Martin is the founder of the Organic Agriculture Centre of Canada and the former Loblaw chair in sustainable food production at the University of Guelph. He holds a PhD in plant science from McGill University.

Feds need to treat climate crisis like a national emergency

Martin: "Some have hesitated

Martin: "Some have hesitated to compare the Second World War to the climate crisis because it evolved slowly over the span of industrialization, and although the climate crisis is now rapidly ad-vancing, it will be less clear when it is over. This climate crisis is a flash in the pan contrasted with gradual climate shifts in Earth’s history. Nevertheless, for humans, this crisis will stretch on for decades or possibly centuries."

A "flash in the pan" refers to "a sudden but brief success". Martin's reference to "decades or pos-sibly centuries" underplays the severity of the problem.
Warming is just underway. If emissions stopped today, warming would continue for decades. Even if warming stops, we will live on a warmer planet for centuries.
Global temperature and climate take time to adjust to changes in CO2 concentration. "Thermal lag" is due to the oceans' high heat capacity. It also takes energy to melt ice — phase change without a change in temperature.
Observed warming to date is due to emissions from decades past. Over 90% of extra heat goes into the ocean. Less than 10% remains in the atmosphere. The oceans release heat very slowly. Meaning more warming for decades, at least, even if emissions stop tomorrow.
While CO2 emissions remain in the atmosphere for decades or centuries, it would take thou-sands of years for atmospheric CO2 to return to pre-industrial levels, even if we stopped emis-sions of CO2 today.

Excellent fact checking.......science corrections. It does get a bit depressing how few of us understand the scale of the emergency.........or the legacy of industrialization that we have already sent into the future.

When we refer to our age as a scientific one, we are certainly flattering ourselves. Earth sciences....and the interconnectedness, interdependence of everything....are in their infancy. The science we think we know has more to do with reducing everything to what we consider 'certain' and 'universal'.

It's the science of abstract forces mostly.....what we know about the complexity of living systems is too complex for most minds raised on rip and ship. Even when they suddenly become concerned for old growth forests....jobs keep those feller bunchers going. To hell with the future.

Of course resisting destructive consumption patterns would restore us to a better life. Trouble is, unregulated capitalism has convinced those of us who still have some freedom of movement and power of choice that only continued cancerous growth can assure us of any part in the good life.

The good life as we currently imagine it is materialistic, addicted and intent on superficial pleasures: eating out, drinking good alcohol, adorning our bodies, traveling to other people's beaches, etc. etc. For all this we need more money not less. For all these temporary vacate-ons, we'll continue to trash the future.

Covid is our friend though we have a hard time knowing it. Covid tells us to shelter in place; think collectively; make personal sacrifices so that tomorrow might come; maybe read a book that's not escape garbage....

But listen to the addicted: The sacrifice is 'eroding our mental health'...sometimes to the point where we choose to believe vaccinations are the disease, not the virus. We're going crazy with fear or denial. We're 'confused' by simple messages. We see boogy men and women everywhere....but the climate??? Hardly figures at all in our view of the future we hope will return to 'normal'.

Of course we continue to vote for the old line parties; they know well what most of us continue to value; they leave out of their policies the real emergency we refuse to face.