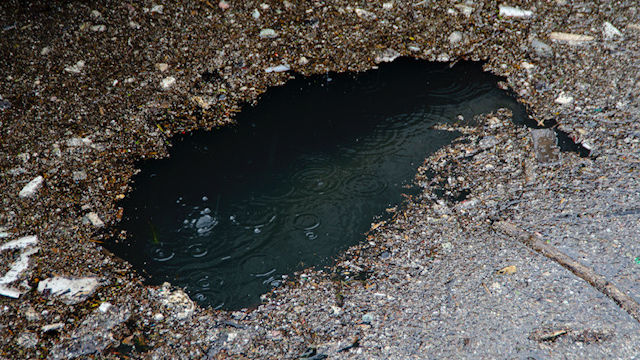 Municipal wastewater is one of the largest sources of pollution to surface water in Canada, according to Environment Canada. Photo by Flavia Lopez
Previous story
Next story

A recently proposed private member’s bill that would make it a criminal offence to dump raw sewage in waters frequented by fish was dismissed as a step backwards by environmentalists and opposing MPs.

Bill C-269, proposing changes to the Fisheries Act, was tabled by former leader of the Conservative Party of Canada Andrew Scheer, and underwent second reading May 10.

The proposed changes would basically be a return to the laws under the old Fisheries Act, which were ineffective and rarely enforced, said Mark Mattson, environmental lawyer and president of Swim Drink Fish Canada.

The amendments essentially exempted sewage treatment plants from the charge of putting a “deleterious” substance — in this case sewage — in the water, said Mattson. It was replaced with Canada’s Wastewater Systems Effluent Regulations (WSER) to enable community-based specific regulations to be put in place to speed up improvements.

The overall health of the water has improved since then, Mattson said. Thanks to the WSER framework, all water utilities now have to publish data about discharges of sewage. Mattson said this transparency wasn’t possible when dumping sewage was a criminal offence because the data could be used as evidence against utility companies.

When the City of Kingston started being transparent about its sewage overflows, investments in sewage treatment, plant capacity and real-time water-quality monitoring also started, said Mattson.

“For 50 years … you couldn't swim in the urban waterfront on Lake Ontario,” he said. “But as a result of that transparency, the community got behind all kinds of changes.”

“Unfortunately, I think the solution that's being proposed here, going back to the way the law was back in 2012, really sets back the improvements we made over the last decade and is blind to the opportunities under the current Fisheries Act for making real steps to protect our waters and protect Canadians from pollution,” he said.

“The regulations are starting to really have some teeth,” he said. “We're at a point where the rubber is hitting the road, so the idea that we would just toss that process out the window and go back to the more blunt instrument of the criminal law is a bit of a mistake.”

“This bill is not designed as a piece of legislation,” said Green MP Elizabeth May in an interview on Tuesday. “This is designed as a campaign bumper sticker. It's not without raising some important issues, but as drafted, it isn't very workable.”

Scheer explained his bill would exclude raw sewage from the list of deleterious substances that can be exempted for release into waterways.

If the bill receives royal assent, towns and cities would have five years to invest in and upgrade their wastewater systems.

Scheer said five years is long enough for municipalities to do the necessary upgrades, but short enough to take “real action on protecting the environment in the here and now.”

The Liberals, Bloc, and NDP all indicated their support for ending the dumping of raw sewage, but took serious issue with the approach of Scheer’s bill.

It’s unreasonable to expect small communities with limited resources to upgrade their wastewater systems in only five years, said NDP fisheries critic Gord Johns on Monday. “The fines that this would incur would be absolutely devastating and seriously hamper the work that they're doing.”

He said the bill also leaves recreational and commercial boaters open to fines and charges when depositing sewage in the ocean even though it is unavoidable without spending large sums of money on updating their vessels.

Bloc MP Monique Pauzé said they cannot support the bill because it offers no real solution to the issue of effectively dealing with wastewater.

“There's no doubt that investment in infrastructure must be made,” she told the House. “But the solution does not lie in arbitrary and unenforceable bans. No municipality is happy to dump its wastewater. They want to comply, but they just can't afford to.”

In 2016, the Federation of Canadian Municipalities estimated at least $18 billion would be needed to upgrade wastewater systems to comply with federal standards, but the Liberal government only promised $2 billion.

The bill still allows other harmful substances — like oil, gasoline, diesel, heavy chemicals, pesticides, cleaning products, industrial effluents and heavy materials — to be dumped in the water, said Pauzé, questioning Scheer’s prioritization of wastewater above all else.

Bill C-269 might sound great, but Liberal MP Francis Scarpaleggia said if passed, it could have serious consequences on communities across Canada that already treat their wastewater to a high standard, and could also interfere with the development of regulations to control wood- or plant-based waste from industrial facilities.

“This legislation would immediately punish those communities that have no choice but to dump raw sewage right now,” said Johns.

Mattson stresses the need for more transparency — not less, like Bill C-269 would encourage — and real-time monitoring across Canada.

“We know the latest album dropped by Drake within seconds of when he drops it,” said Mattson. “I have no clue why Canadians aren't alerted ... when sewage is being discharged into our waters.”

Mattson said Scheer’s bill probably wouldn’t help the situation, but hopes it will at least raise awareness so the issue gets more investment.

“If we accept what he's doing and we go back to the way things were (before WSER) … then there was nothing happening,” he said.

I'd like to propose a bill, restrictng Messrs. Scheer, Kenney, Ford and the like from polluting the sound currents in their respective houses of governance.
I'm sick and tire of politicians who take their salaries and then waste not only the time they're supposed to be engaging in serious debate on the many issues facing us, but also that of all the other representatives, whose questions don't get answered, who behave like 5 year-olds, pointing fingers, often at individuals no longer in the room, bloviating and prevaricating, plagiarizing and pretending, promising promising promising ... it's time someone asked them, as an upstanding US politician did some while back (got his riding gerrymandered out of existence) ... "Just who the hell do you think you are?"