Kenney faces internal UCP uprising, calls for him to quit 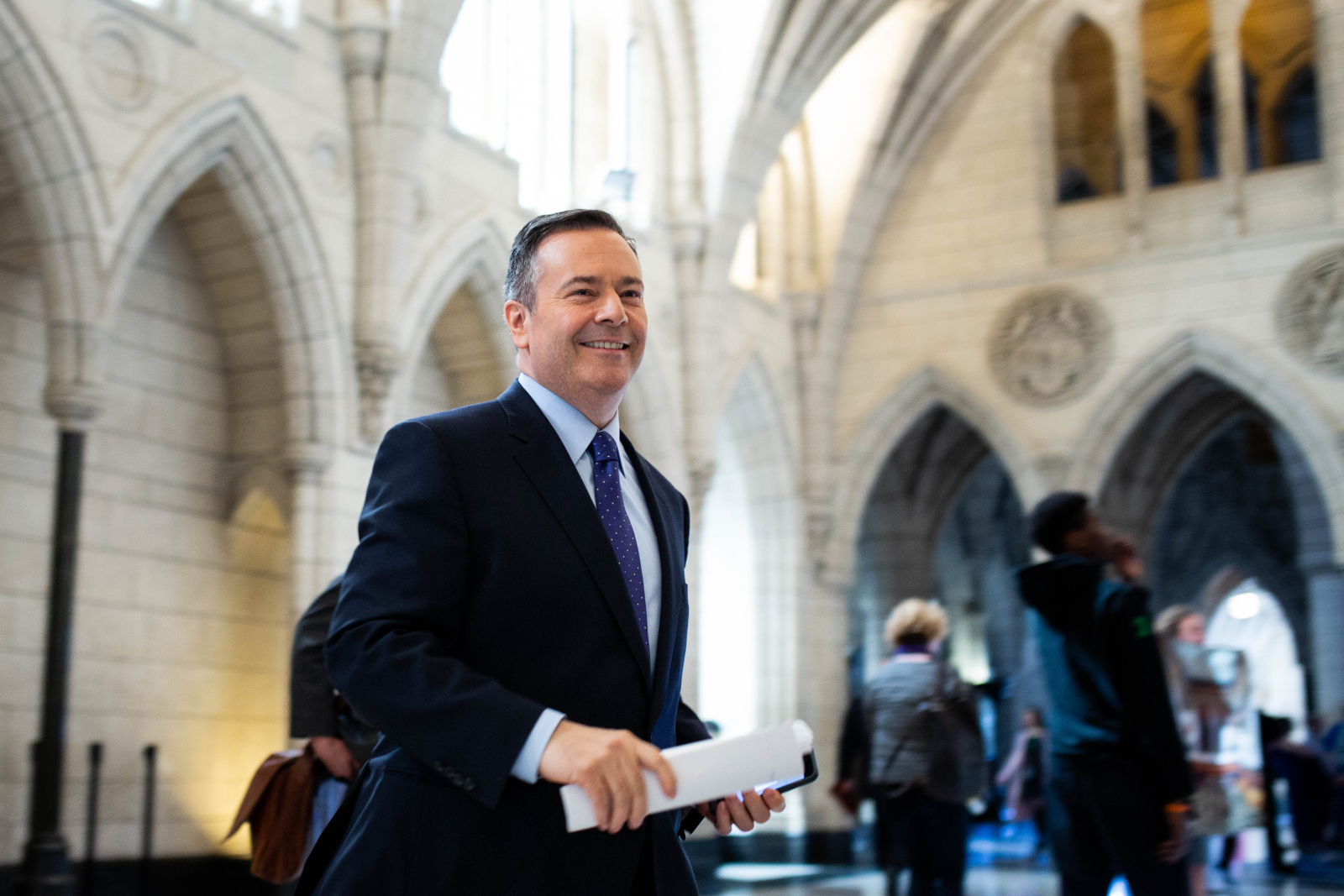 Jason Kenney, leader of Alberta's United Conservative Party, heads toward the House of Commons finance committee to testify on May 7, 2018. File photo by Alex Tétreault
Previous story
Next story

Simmering internal discontent within Alberta Premier Jason Kenney’s United Conservative caucus has now boiled over into an open challenge to his leadership.

Senior backbench member Todd Loewen, in a letter posted on Facebook in the pre-dawn hours Thursday, called on Kenney to resign, saying he no longer has confidence in his leadership.

Loewen accuses Kenney and his government of weak dealings with Ottawa, ignoring caucus members, delivering contradictory messages, and botching critical issues such as negotiations with doctors and controversy over coal mining on the eastern slopes of the Rockies.

“Many Albertans, including myself, no longer have confidence in your leadership," writes Loewen.

“I thank you for your service, but I am asking that you resign so that we can begin to put the province back together again.”

Loewen is the member for Central Peace-Notley, a sprawling rural riding in northern Alberta,

He was one of 18 United Conservative backbench members to break with Kenney’s government in early April over health care restrictions aimed at reducing the spread of COVID-19. They say the rules are needlessly restrictive and infringe on personal freedoms.

Kenney has tolerated the open dissension for weeks, saying he believes in free speech and that the backbenchers are not in cabinet and therefore don’t speak for his United Conservative government.

However Loewen, a second-term legislature member, is the first to openly break with Kenney himself and call on him to step down.

Loewen, in the letter, also resigned as UCP caucus chair, saying he needs to do so to speak his mind, but says he has no intention of leaving the party.

“The caucus dysfunction we are presently experiencing is a direct result of your leadership,” writes Loewen.

He said backbench members are sidelined and ignored.

“I no longer believe that caucus can function properly; meetings have been cancelled without members’ consent, significant decisions of government have been made without notice to members, and our input as elected members is rarely considered.”

He said they have tried to be heard.

“Albertans perceive our government as out of touch and arrogant, and they expect our caucus to bring their issues of concern to the government. Many of us have tried to do so repeatedly only to be ignored and dismissed.

“When the premier chooses not (to) listen to caucus, is it any wonder why the people choose to stop listening to the government?

“Our supporters and those I represent can no longer tolerate this. These folks have not abandoned the principles and values of the UCP, but they have abandoned you specifically.”

Loewen said Kenney’s track record in government is problematic: “The government’s response to a hostile federal government has been perceived as weak and ineffective.

“Negotiations with physicians were not handled well. The government’s actions on the eastern slopes did not align with the expectations and values of Albertans.

“Albertans have lost trust in the leadership of our government and are no longer willing to extend to us the benefit of the doubt on most issues.”

Kenney’s government was engaged for more than a year in an acrimonious dispute with physicians after unilaterally tearing up the master agreement on pay and work rules with the Alberta Medical Association.

There is still no new deal in place.

Following a public outcry, the government also backtracked this year after quietly revoking a 44-year-old policy that had protected the eastern slopes and summits of the Rocky Mountains from coal mines.

Kenney, a former cabinet member in the federal Conservative government of Stephen Harper, was one of the architects of the merger of two right-centre Alberta parties – his Progressive Conservatives and the Wildrose party – to form the United Conservative party. The UCP then went on to defeat Rachel Notley and the NDP in 2019 to form a majority government.

Loewen said he and his constituents still believe in the UCP, which is why he intends to remain inside the party tent to fight for it.

“Along with so many Albertans, our understanding was that we in the UCP had united around our shared principles, integrity, and common sense approaches to governing.

“We did not unite around blind loyalty to one man. And while you promoted unity, it is clear that unity is falling apart.”

There were rumours of a widening UCP internal breach two weeks ago, when Kenney suspended the spring sitting of the legislature. Kenney said the move was to keep staff and legislature members safe from COVID-19.

On Wednesday, the government extended the hiatus for another week.

Loewen’s letter comes a week after Kenney risked further pushback from the dissidents by imposing extra health restrictions along with stepped-up enforcement to stop soaring COVID case numbers that are threatening to swamp the health system and force doctors to triage patients.

Political scientist Duane Bratt said it looks like Kenney had struck a truce with the dissidents last week over those new restrictions, but said the dam now appears to be breaking.

“I don’t think (Loewen) is a person coming out on his own,” said Bratt, with Mount Royal University in Calgary.

“I think you’re going to hear more coming on the record after this.

“Kenney’s going to have to respond.”

Bratt also wondered where Albertans fit into the equation.

“We’re in the middle of a pandemic. Shouldn’t the government be focusing on that (rather) than internal politics within itself?” he said.