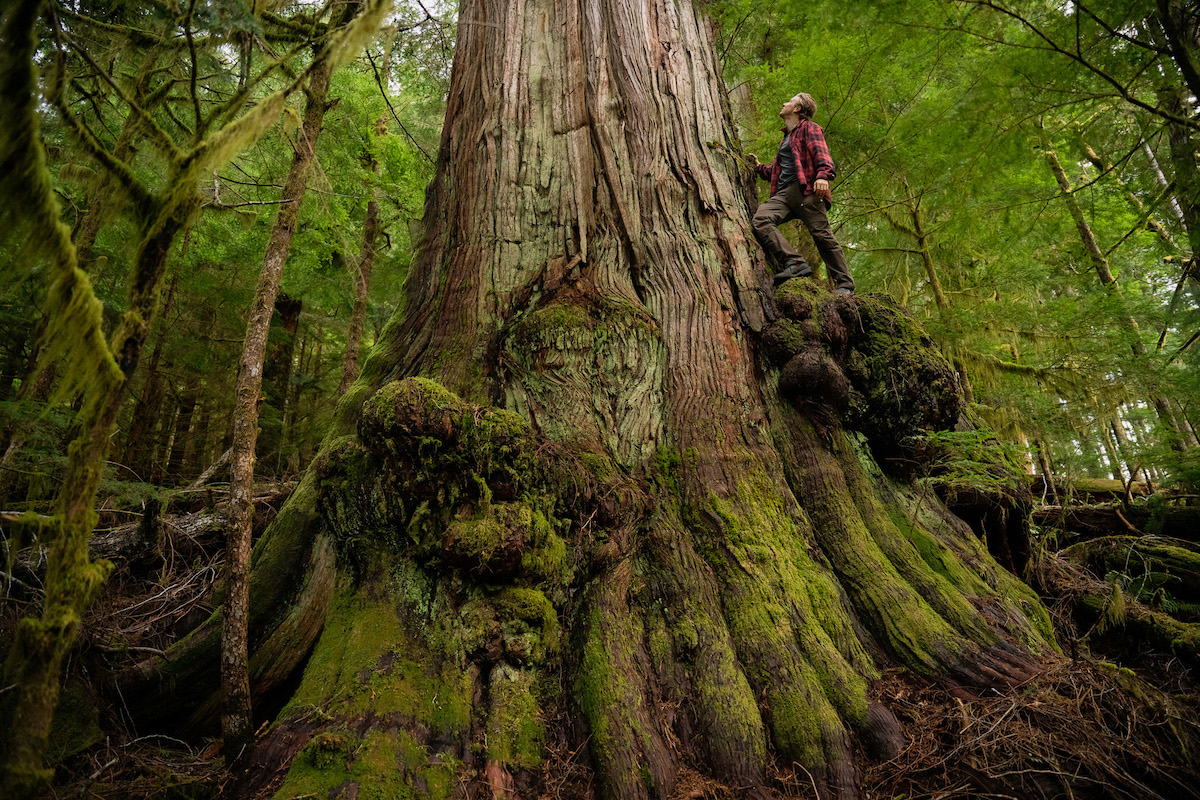 Fairy Creek old-growth activists are worried the RCMP will move into protest camps and make arrests with impunity while continuing to limit media and other legal observers’ ability to scrutinize their enforcement of an injunction order on southwestern Vancouver Island.

That concern was echoed by the Canadian Association of Journalists on Tuesday after RCMP temporarily blocked media access to the region the day before.

A “temporary access control area” was set up to begin enforcement of a court injunction, along with a checkpoint along the McClure Forest Service Rd., RCMP said in a statement issued Monday.

And most news organizations were not granted entry to the region from the checkpoint that day.

However, various news outlets got emails yesterday evening from the RCMP with instructions to join a convoy into the control area Tuesday morning while accompanied by officers and directed to a designated media area.

“Every reasonable effort will be made to allow (media) to get as close as possible to the enforcement area, while ensuring no interference with police operations,” the email said.

The control area is the first step of RCMP operations to enforce a court order against protesters that have blocked access to various stands of ancient rainforest for more than eight months within the Teal-Jones tree farm licence (TFL) 46 near Port Renfrew.

But the protesters are worried restrictions around the freedom of movement in the control area will limit observers’ ability to watchdog police.

“There’s an exclusion zone because the police are afraid of showing the type of force that they're going to use in order for industry to go back to work and clear cut #OldGrowth,” said Kati George-Jim from the #FairyCreek activists' Caycuse Camp.

The move effectively criminalizes, or limits access, for individuals including media or legal observers who would offer public scrutiny as the injunction is enforced, said George-Jim, also known as xʷ is xʷ čaa.

The need for observers is critical given the protesters vulnerable to police violence are situated in a very remote area without any cell service, George-Jim told Canada's National Observer via a poor satellite phone connection Monday.

“The public side of this story is not going to be shared as widely as it could be,” said George-Jim from the RFS Caycuse camp.

“There’s an exclusion zone because the police are afraid of showing the type of force that they're going to use in order for industry to go back to work to clearcut old growth,” she said.

The RCMP exclusion zone also violates the injunction, issued at the beginning of April, that allows for peaceful protest without the threat of arrest as long as the Teal-Jones’ logging activities are not impeded, she said.

Liaison officers who showed up at the Caycuse camp at noon on Monday had not provided any clarifying information about observers' access to blockade areas or protecting those already present from arrest, George-Jim said.

Officers told individuals at the blockades they had 24 hours, until Tuesday morning, to exit the camp, she said.

“But they could come at any time,” she said, noting officers had not made any moves into the camps as of Monday afternoon.

People from the camps inside the control area have been able to leave but not return.

The purpose of the control area is to prevent any escalation of the protest and to allow RCMP to maintain the safety of people accessing this area, given the remoteness and road conditions, the police statement said.

Anyone trying to enter the control area will need permission from the RCMP operations commander or assigned delegate and provide reasons for entry and identification, the RCMP statement adds.

Members of the Pacheedaht or Ditidaht nations or their elected and hereditary leaders, along with government officials, journalists, registered lawyers and medical doctors, may potentially be permitted to enter the region, RCMP said.

But how the RCMP defines recognized media outlets is not clear, and any journalists allowed entry must be accompanied by a police handler.

A protest area will be set up for protesters and observers in the injunction area but outside the control area where at least some of the camps are located, RCMP said Monday.

The RCMP have also not provided any description of the geographical parameters of the control area in their statement.

However, anyone believed to have breached the injunction order or refusing to leave the control area will be arrested, RCMP said.

The RFS issued a public letter to RCMP advising the force of the squad's commitment to peaceful protest and following COVID-19 protocols.

"We would appreciate and expect reciprocal treatment on your part," the RFS said.

It asked RCMP to exclude officers that the group had identified as "heavy-handed" from participating in enforcement of the injunction and to not target Indigenous members of the blockade.

The RFS said it hoped the RCMP had learned lessons from the Wet’suwet’en and the Trans Mountain pipeline blockades, and that officers would respect that many individuals at the sites would not be violating the injunction order and thus should not be subject to arrest.

George-Jim declined to say how many people were already present at the blockade camps, but said most had been involved with the movement for some time.

The members already in the camps subject to enforcement are ready and feeling empowered, she said.

"People on the ground and supporters won't be deterred by the threat of RCMP enforcement," George-Jim said, adding more and more people want a different system of land management that isn't rooted in colonialism and misinformation from government and industry.

"There will only be growing support for a vision outside of what exists right now, and that old-growth logging needs to stop."

Editor's note: This story was updated Tuesday morning to include new information from RCMP and other organizations on media access to the control area.

I try to understand that

I try to understand that "life must go on" and jobs, etc. are important for the economy but really, is it necessary that we cut down trees that are hundreds of years old? Can we not stick to the harvesting of the reusable growths that have been planted over the last 50-60 years and protect the ancient forest growths. It seems that it is mankind that is the greatest threat and most destructive force on the planet.

This isn't the first time I

This isn't the first time I've used the term for BC's politically controlled forest policies as "the Lebanon of the North". Until we get truly ecological policies outside of governments controlled by dollars we will continue to rape our forests until we too have only dunes of sand or landscapes of weeds on areas that at one time were carbon sinks. What's that going to take? A series of governments who are true environmentalists. When is that going to happen? When the rest of us understand the destruction we're causing. Am I a cynic? Nope, just a convinced skeptic, having watched for almost 90 years what we have done to our planet, and willing to accept my share of guilt in contributing to the damage. How many others are?