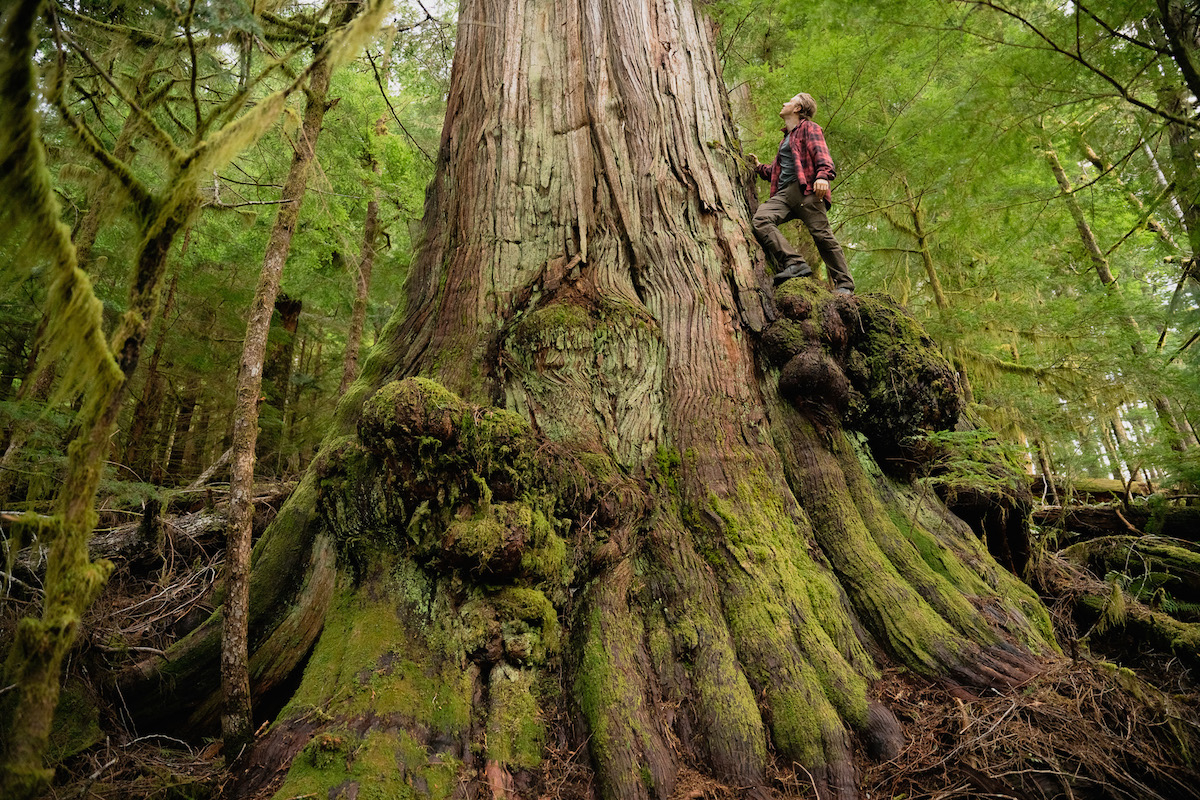 Fairy Creek old-growth activists are facing arrest after a logging company won a court order banning blockades defending some of the last tracts of ancient rainforest on southern Vancouver Island.

But Fairy Creek supporters say the court order only fuels the fight to save the pristine forests and giant trees growing in the headwaters of Fairy Creek, as well as remaining groves near Gordon River, Camper Creek and in the upper Walbran Valley.

Teal-Jones' activities in TFL 46 are lawful and follow permits issued by the province, but blockades preventing logging activities are aimed at influencing government policy, Verhoeven observed.

“It is clear that the defendants are dissatisfied with the forestry policies of the provincial government relating to logging of old-growth forests,” he said. But the blockades are illegal and violate the rule of law, he added.

There is no disputing climate change is a grave threat to humanity’s future, but making a decision on the matter falls outside his jurisdiction, the judge said.

“The effect of old-growth forests and logging on climate change and biodiversity is not before me, and is not for me to say,” Verhoeven said.

“What is at stake in this court is the maintenance of law and order and respect for the rule of law,” he said.

“The protesters are free to protest, demonstrate and attempt to influence the government in any lawful way they may choose, but no one has the right to disobey a court order, no matter how passionately they may believe in their cause.”

In its application, Teal-Jones asked the court to prohibit the blockades until at least Sept. 4 and grant RCMP the right to remove protesters violating the order.

“I think the decision will actually serve as a flashpoint. People are tired of having a government that is willing to sacrifice the last remnants of our #OldGrowth forests,” says #FairyCreek supporter Kathleen Code of the blockade ban.

Ultimately, the court’s decision is not a surprise, said Fairy Creek blockade supporter Kathleen Code, one of the defendants named in the injunction.

Each individual protester will decide if they’re willing to risk arrest at the blockades, Code said, but the injunction won’t quash growing public support to save Fairy Creek.

“We know the instant Teal-Jones has access to those trees, they will cut them down,” Code said.

“I think the decision will actually serve as a flashpoint. People are tired of having a government that is willing to sacrifice the last remnants of our old-growth forests.”

Case in point are the hundreds of people who turned up for the latest in a series of protests at the B.C. legislature in Victoria on Saturday calling for the end of old-growth logging in the province, Code said.

Blockade supporter Will O’Connell agreed the injunction wouldn’t deter people from working to save Fairy Creek as an intact watershed.

“The blockade has been going (for) eight months, but the court injunction is just the start of this story,” said O’Connell, who expects it will launch years of activism.

“If anyone thinks this movement will be quelled by force, they have another thing coming.”

O’Connell said he was compelled to support the blockades last summer because he couldn’t stomach watching the continued loss of ancient trees, some thousands of years old, to logging in the region.

There’s a rapid groundswell of support for the blockade and protecting at-risk old-growth that feels different than in the past, O’Connell said.

“This is not a fragile movement that people from a distance might think is just (the) status quo response by the environmental movement,” he said.

“It’s not the passive grumbling about clear-cutting we’ve seen over the last decade where people make phone calls or write letters.”

The final straw for the public has been the government’s inadequate response to meeting the recommendations of the old-growth strategic review, he said.

“The NDP promised to change the way it approached old-growth, and it hasn’t,” O’Connell said, adding protecting big trees and forestry has long been mismanaged in a way that fails both the environment and sustainable industry.

“It just feels like we’ve been documenting the collapse of our last ancient forests, but now there is a change that actually stands in the way of that being destroyed,” O'Connell added.

In his decision, Verhoeven agreed the blockades threatened Teal-Jones' legal right to harvest timber worth approximately $20 million in the region, as well as the operations and employment of 460 people at the company’s mills.

The Pacheedaht First Nation is also aware of the forestry operations in its traditional territory, has agreements in place with various companies, and has not objected to logging activity in planned cut blocks, Verhoeven said.

And while three individual members of the nation testified that they object to logging in Fairy Creek and support the protesters, none claimed to represent the Pacheedaht collectively, Verhoeven said.

One of the members, Pacheedaht elder Bill Jones, said his spiritual practices are threatened because logging the Fairy Creek watershed would endanger important bathing pools.

But most of the Fairy Creek watershed is already protected, said Verhoeven, and the Teal-Jones cut block in the upper elevation of the region has intermittent watercourses and no bathing pools.

And any freedom of religion challenge must be directed at government, not Teal-Jones, he added.

Ball is in premier's court

Torrance Coste of the Wilderness Committee said while the injunction decision reflects the law, it doesn’t necessarily mean justice was applied.

“Those are not the same things,” Coste said.

“If the legal system was based on justice, there wouldn’t be an injunction and the blockades wouldn’t be there in the first place.”

Following the ruling, the outcomes and the next move are up to the province, Coste said.

“Really, the ball is in Premier (John) Horgan’s court,” he said.

Horgan has the power to save Fairy Creek, which is in his own riding, Coste added. If he fails to do so, government will wear the results.

“The consequences are the lack of public faith in this government, and that’s not the responsibility of a logging company to restore,” he said.

“Horgan can step up and defer logging in this TFL and give some of the last, best old-growth forests like Fairy Creek some breathing room while government plans how to ensure these ecosystems survive,” Coste said.

The strategic old-growth review called for a paradigm shift, moving away from a focus on old-growth timber harvesting to the protection of at-risk ecosystems and biodiversity, Coste added.

“The reason that folks are taking it into their own hands is because the government's not providing that.”

The blockade is illegal, but it should not be.

We are repeating the history that the Once-ler told the boy. Our salmon are going the way of the Bar-ba-lots (the bear who left Truffula forest in search of food). Our caribou, elk and bear are going to follow the Swomee-Swans and Humming-Fish on their migration. Where are they going to migrate to? What will we do with our Thneeds when the mountain sides barren of soil cannot use the last Truffula seed to regrow the giant trees we once had?

"The law sir, is an ass!" Far too often and the politicians who hide behind order and good governance, are too often in the pay of the corporations intent on stripping the Earth of every vestige of functioning ecosystems that keep life on Earth viable. What price then, the death of the only planet we know that supports our puny and misguided species?