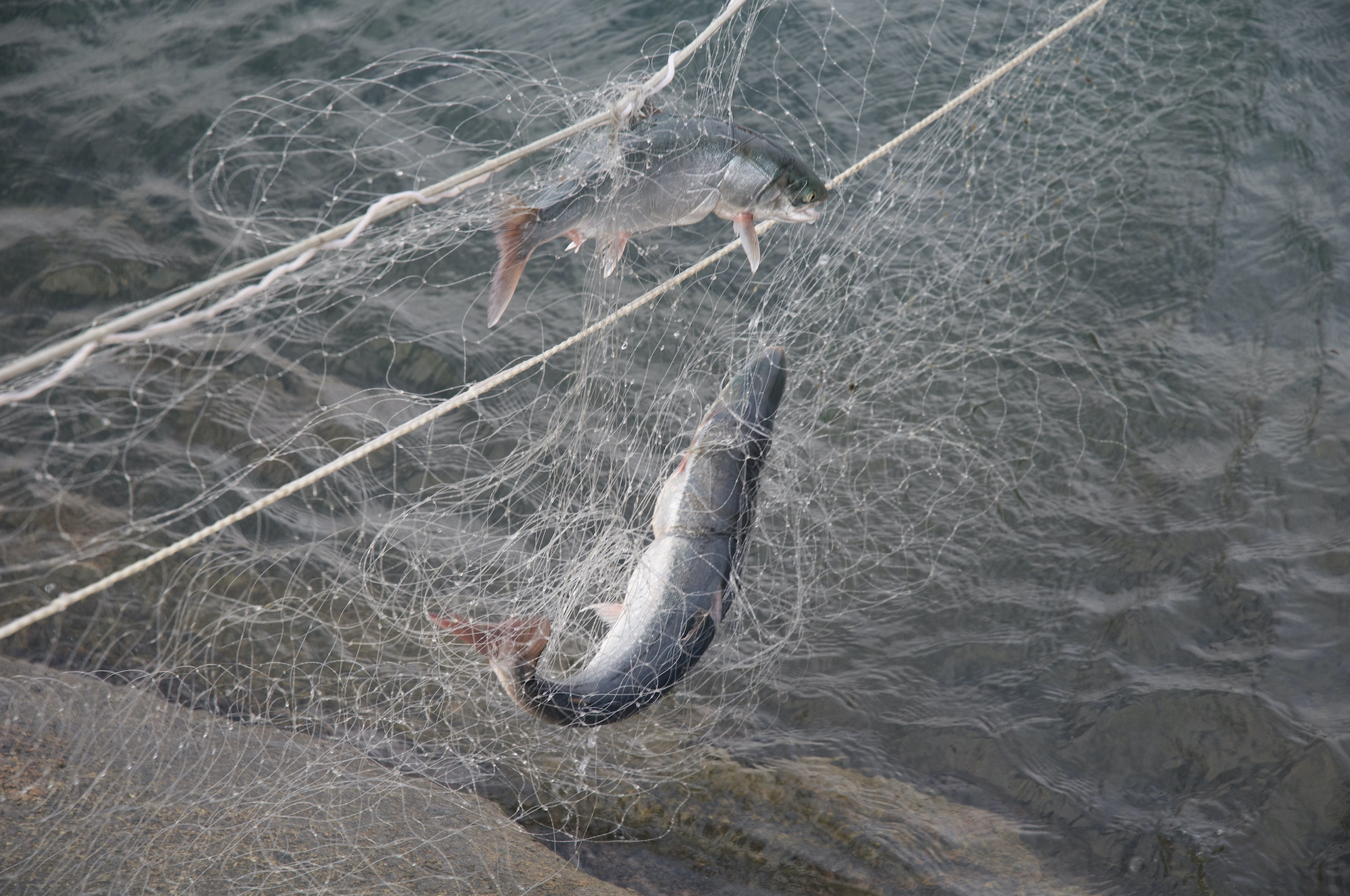 When Justin Milton moved to Ottawa five years ago from the Arctic community of Pond Inlet on Baffin Island, it was difficult to find his favourite fish, Arctic char.

Plentiful in Arctic waters, the salmon-like fish is less common on southern supermarket shelves. Knowing if it was caught by an Inuk fish harvester — not an industrial fishing boat — was even trickier.

“As an urban Inuk, the biggest thing to me (is knowing my fish is) sustainably fished in an Indigenous fishery,” he said.

That could soon change: Ocean Wise, Canada’s largest sustainable seafood recommendation program, announced this month it will work with Nunavut fisheries organizations and Arctic communities to co-develop a sustainability assessment framework grounded in science and Inuit Qaujimajatuqangit (IQ, a form of Inuit traditional knowledge). The organization's label is sought out by hundreds of environmentally minded chefs, seafood wholesalers, and consumers Canada-wide.

Usually, the organization and other sustainability ranking organizations, like the Marine Stewardship Council and Seafood Watch, rely almost exclusively on biological data on the health of fish stocks and the environmental impacts of specific fishing techniques to determine if a fishery is being harvested sustainably.

While effective from a biological perspective, the approach has been criticized for perpetuating colonialism by excluding Indigenous people from fisheries management decisions. Fisheries and environmental monitoring costs also make it harder for smaller-scale Indigenous fish harvesters to access Canada's lucrative sustainable seafood markets — and the culturally relevant economic stability they can offer.

“Indigenous fisheries are likely some of the most sustainable in the country, if not the world, but global sustainability ranking programs often exclude them because the ranking frameworks are based almost entirely on western science data, which is financially and logistically difficult to collect in the Arctic, or any remote community,” explained Eric Solomon, director of Arctic programs at Ocean Wise.

The small-scale Indigenous fisheries Ocean Wise wants to assess with this adapted framework rely on fishing techniques that have minimal environmental impacts, like hook and line, and are currently harvested far below the maximum levels Fisheries and Oceans Canada (DFO) deems sustainable, he said.

Nunavut has a $112-million offshore fishery, mostly for turbot and northern shrimp, owned by Nunavut hunter and trapper organizations, communities, and the Qikiqtani Inuit Association. There is also a much smaller commercial Arctic char fishery that mostly occurs on rivers and lakes, and some communities have expressed interest in developing other fisheries, like scallops.

Yet, despite ample fish stocks and interest, the region's remoteness makes it difficult to expand the territory's fisheries, explained Jacqueline Chapman, a postdoctoral fellow at Carleton University's School of Public Policy and Administration who studies Arctic fisheries, but is not involved in the Ocean Wise project. Processing plants are few and shipping the catch to markets in southern Canada and beyond is expensive. An Ocean Wise recommendation could increase the fish's retail price, generating more revenue for harvesters. It can also help maintain a stable market, making it easier for businesses and governments to justify investment in fish processing and transportation infrastructure.

Lacking ample fisheries data for the region, DFO fish conservation rules tend to be conservative, she explained, making it difficult for harvesters to catch enough to stay in business. An Ocean Wise recomendation could help improve those profit margins by increasing the value of each fish, she said.

With the region rapidly warming due to climate change, industrial and often corporate or foreign-owned fishing fleets are eyeing the Arctic's rich fish stocks, said Sophika Kostyniuk, Ocean Wise's director of fisheries and seafood. The Ocean Wise label — which can generate more local economic returns than industrial fleets — could help stave them off by making smaller-scale, more sustainable fisheries more lucrative for the territory.

But missing fisheries data is also an issue when it comes to assessing the sustainability of those smaller fisheries, Solomon said. DFO only consistently monitors the population health of Canada's most commercially relevant fisheries, and many Nunavut fisheries are too small to meet that threshold. In Canada, Ocean Wise relies primarily on DFO data to rank fisheries' sustainability.

“It's difficult to get DFO to come and put resources into collecting data because (these are) such little fisheries, and the communities don't necessarily have the science expertise in-house nor the funds to do that,” he said. “At the same time, there's a tremendous amount of knowledge and management systems that have been in place for generations in (Nunavut) that we — southern-based folks making decisions — have not recognized as valid.”

Environmental non-profits are equally guilty of this colonial approach towards conservation and sustainable resource management, he said.

Trying to redress the legacy of hurt and mismanagement left by those government officials, researchers, and managers who colonized Nunavut “thinking they can and making decisions for others” has pushed Ocean Wise to try avoiding the same mistakes. To do so, the organization is working with Inuit fish harvesters and their communities to create a new sustainability assessment framework for the organization that doesn't rely exclusively on western norms on sustainability and data collection.

“These assessment processes for what counts as sustainability have generally been developed in the South, mostly with academics and non-profits all wanting to do the right thing. We're all very used to saying we make decisions based on the best available science, (but) there are other ways of getting knowledge that can be used for decisions-making,” said Solomon, pointing to IQ as an example.

“Arctic science is a relatively young activity, and science is slow. We have decisions to make right now — by building awareness of how Indigenous knowledge can be used to inform decisions, especially at a time when there's not as much scientific data as we would want, this (ability to work with different kinds of knowledge) becomes really important.”

“There have been a lot of misunderstandings — even trauma — from researchers coming up North,” he said, noting that he has collaborated for several years with Ikaarvik, an Ocean Wise-supported program that supports Inuit youth to work as a bridge between their communities and researchers looking to study in the Arctic.

“(Through our work) we gave recommendations on what researchers should do before, during, and after the research process — and it revolves a lot around involvement with Inuit, because Inuit are the ones being affected in the end. (We want) to create a symbiotic relationship between the researchers and the Inuit so both get benefits.”

Applying that approach to the assessment framework for sustainable fisheries is at the heart of Ocean Wise's new initiative — but its efforts won't be successful without an open mind. That means conversations on everything from how the process should occur to what counts as sustainable, said Solomon.

Editor's Note: This story was corrected on May 26, 2021, to reflect that Ocean Wise is a sustainable seafood ratings and recommendation program, not a seafood certification program.