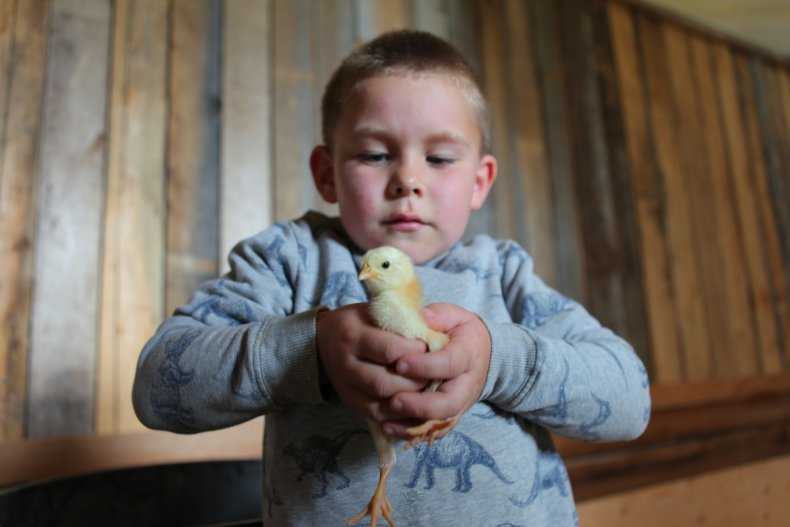 Years ago, the grandparents of Ando’ohl lax̱ ha (Nathan Combs) fed friends and family from potato fields and smokehouses on a plot of land they tended by the Skeena River about 150 kilometres northeast of Terrace. Ando’ohl lax̱ ha, who is Gitxan, wanted the land, which had been dormant for years, to again bolster his community’s food security.

Gitanmaax sits alongside the Skeena River about halfway between Terrace and Smithers. Vancouver, the distribution hub for about three quarters of B.C.'s food, according to a 2020 study commissioned by Metro Vancouver, is roughly a 14-hour drive away. Anything — a landslide, flood, even surging demand for food in larger communities further south — can leave grocery store shelves bare.

Even when food reaches the community, travel costs make it expensive. Those higher prices compound with relatively high poverty rates to drive food insecurity in the region. About 12 per cent of households in northern B.C. are food-insecure, according to the BC Centre for Disease Control.

Hoping to improve the situation, in 2019, Ando’ohl lax̱ ha joined forces with Kesia Nagata, a farmer and artist, and the Skeena Watershed Conservation Coalition, a local environmental group that had been tasked by a group of hereditary Indigenous leaders to find a more reliable protein source to ease harvesting pressure on traditional foods like salmon and moose.

They were soon pursuing an unconventional solution: Raising a flock of 1,500 chickens among the fields and bush covering his grandparents' land using regenerative farming techniques.

"I was looking for something that could be positive for the Gitxsan people, and Kesia happened to (suggest) the chickens," he said — and thus, the Regenerative Poultry Project was born.

At the project's heart is the idea that producing food and caring for the land are linked — and the team isn't alone in trying to bring it to fruition.

Dozens of Indigenous communities across North America have in recent years started sustainable farming initiatives to broaden their food security — a modern take on ancestral work tending to forests, fields, and coastlines.

"(Chickens) are the world's most ubiquitously understood and farmed animal. They're present in almost every ecosystem except for maybe the Arctic and Antarctic ... and they're easy (to rear)," says Kesia Nagata, who manages the project.

In Yukon, for instance, three First Nations — the Tr'ondëk Hwëch'in, the First Nation of the Na-Cho-Nyak-Dun, and the Carcross/Tagish First Nation — have all recently started farms. On the B.C. Central Coast, the Heiltsuk are using sustainable farming and wild harvesting to improve their food sovereignty. Canada-wide, the number of Indigenous-owned farms are rising, a sharp contrast to a rapid decline in the overall number of farms in the country, according to Statistics Canada.

The chicken project is based on an approach to fowl-rearing first developed in Guatemala, then refined by Reginaldo Haslett-Marroquin, a U.S.-based Guatemalan-American agronomist. Contrary to conventional chicken farming where birds are largely raised indoors, the project's birds are given free range in a large semi-forested paddock on Ando’ohl lax̱ ha's land. That makes them healthier and reduces feed costs (the birds eat worms and insects), while their pecking and manure regenerate soil health.

"(Chickens) are the world's most ubiquitously understood and farmed animal. They're present in almost every ecosystem except for maybe the Antarctic ... and they're easy (to rear)," said Nagata, who manages the farm and first pitched the idea to rear poultry using Haslett-Marroquin's approach. "They're small, they have short lifespans, and they're affordable. That opens up the opportunity for people with access to small pieces of land (to farm)."

Those traits made them ideal candidates to boost food security in the region with minimal impacts on the environment and culturally important traditional foods like salmon. The regenerative approach can also be easily replicated in other communities; an essential feature, Nagata explained, that can help each community in the region meet their own food needs with minimal costs and transportation requirements.

This year, the team aims to double production and raise two broods of 1,500 chickens each. Once full-grown, the birds will be sold to individuals and First Nation bands for distribution to their membership; some will also be donated to a local community kitchen. They also plan to hire a "flockster" — an apprentice to the program who will learn how to manage a flock and can create their own operation in another community, according to a project description by the Skeena Watershed Conservation Coalition.

"So many of our economies are dependent (on salmon), but the hard part is that they are a declining species here," said Shannon McPhail, the coalition's executive director. While the group is best known for fighting industrial development in the river's headwaters, it also works extensively to support sustainable livelihoods in the region.

"We will never stop fighting for salmon conservation and protecting salmon habitat. But what the (hereditary) chiefs challenged Kesia to do was come up with another reliable protein source that comes from their territories that could take the pressure off needing salmon in (sparse) years. But that doesn't mean anybody is going to stop eating salmon — they're pretty integral."

Jesse Stoeppler, special projects manager for the group and member of the Wilp Spookwx (Lax Gibuu/Gitumden) clan, agreed. In northern B.C., salmon are entwined with food sovereignty — the ability of people to sustainably access and control their food — and supporting them means thinking holistically.

"It becomes really easy to find peace in the idea of describing us as 'stewards of the land' or other good-sounding titles — that's fun. But for us, it's survival: Regardless of your heritage or colour, anyone that lives here sooner or later becomes stewards of the land because you have to. And we really see the rise and fall of the region connected to the salmon," he said.

Ando’ohl lax̱ ha is happy to see his family's land flourishing again and he hopes his neighbours will follow suit.

"I don't want to be the (only) chicken guy around here. I want everyone to benefit from it," he said. "As we go along, I think it's going to become more fine-tuned, and we'll be able to share this and have people eating chicken they've grown in their own communities."